Relax! It’s Only Week One

The excitement of the NFL's first Sunday was everywhere you see. There were folks that were excited over their teams and were expressing it all over social media. And along with those that had high expectations, there were others that were not sure what to expect. Those fans were cautiously optimistic that their teams might do something. And of course, there were those fans that wore their eternal pessimism on their sleeves. All these groups of fans enjoyed a day that had some exciting finishes and some epic collapses. Some teams played well and others were up and down like the Dow Jones. And just like some of those teams that did or did not play well, there were some players that had great days and others that had bad ones. And of course, social media was there for both of them.

Darrelle Revis was one player that many expected to play as well as he always does in the first game of the season. Revis is considered by many to be at the top of the list as it relates to top cornerbacks in the NFL. And in his first week of 2016, he had the pleasure of lining up against Cincinnati star wide receiver AJ Green. Plenty looked forward to the battle between the two, but it did not pan out the way it was expected to. Revis was outshined and outplayed all game long by Green. He beat him deep and he also spun Revis around like a top one time while making a sensational catch on the sideline. Green finished today's game with twelve catches for 180 yards and a touchdown, as the Bengals came into Metlife stadium and pulled out the 23-22 win. After the game, Revis was lit up like a Christmas tree on social media. But for those that lit into him, you may want to realize that this season is not over after one game. Even the best get beat sometimes and Revis is no exception. If this were Week Five or Six, then there would be an issue here. But as of right now, there should be no worry at this point in time.

Jameis Winston was coming into this year after a solid rookie season. And there were many that had raised expectations for him. The first game versus Atlanta did not do anything to dispel those raised expectations at all. He had one mistake, but he was pretty much spotless the entire game. He completed 22 of 33 passes for 281 yards and four touchdowns. And not only did he complete 22 passes, but he spread the ball around, completing passes to eight different receivers. The Buccaneers got out to a 31-14 lead and hung on to win 31-24. After the game, there were many on social media talking about how great he played and things like that. Of course, he can definitely play well and keep this up. But let's not forget that it is only Week 1. Let's wait a few weeks before we start saying he is the best young quarterback in the game folks. I'm all for cheering on someone to succeed, but let's pump the brakes just a little bit on crowning him.

Both Winston and Revis had very different games. And of course, with their polar opposite days, there were totally different reactions. But the things was must all remember is that it was just one game. For as bad as Revis looked this weekend, he could look excellent in Week 2. And Winston could come out and stink up the joint next weekend and make us forget about his performance this past weekend too. In the world of instant gratification and instant downfall, let's practice a little patience with players and teams. In a few weeks, we will know exactly what they are. But for now, we are just figuring them out. 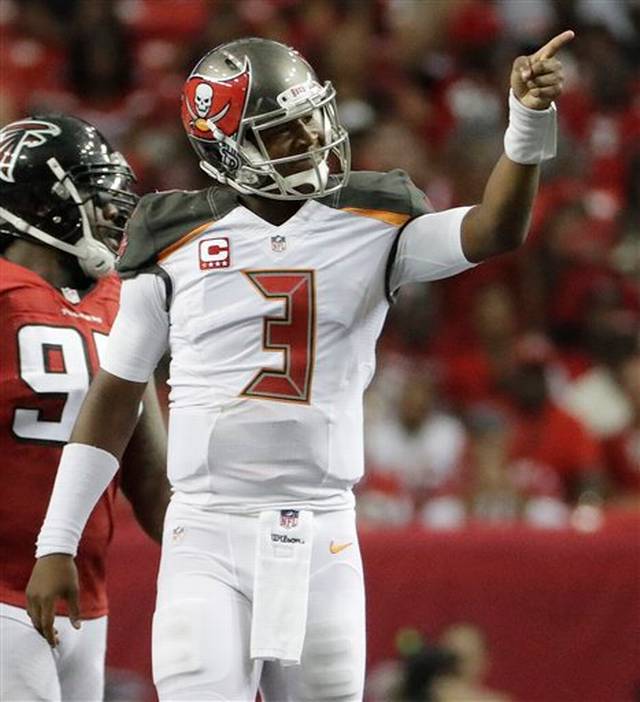