NFL free agency has had some smaller moments happen, but not anything really to get super-excited over. Well, now we got some news that could excite the market just a little bit. Allen Robinson and Sammy Watkins are both officially free agents after the Jaguars and Rams both decided to make both players free agents this offseason. Now they both could end up back with the teams that set them free, but the reality is both will more than likely call somewhere else home.  Both are exciting playmakers, but they are also risky players to try and acquire.

When it comes to Watkins, he is coming off a subpar season in Los Angeles. We all know what he is capable of when he is out there all the time though. His best season was 2015 when he had 95 receptions for 1,047 yards and nine touchdowns. At that point in his career, he was beginning to find himself in the league. Unfortunately, he has not been the same since that season as he has fought through injuries and inconsistent play over the last two seasons. Even with that, teams are still intoxicated with his physical talent. Like was previously said though, he cannot stay healthy and that is a problem. Sammy has played only one full season and in all his seasons, he has had some ailment curtailing his production on the field. To say you want to bet a big sum of guaranteed money on potential is a scary thing. If it works out, then you have a great thing, but if it doesn't, then you have money tied into someone that cannot actively help you on the field. Someone surely will take a chance, but it may not be worth it in the long run.

As far as Robinson, he and Watkins have some similarities. Two big similarities are the year 2015 and the downward spiral of production since then. In 2015, Robinson had a great season, catching 80 passes for 1,400 yards and 14 touchdowns. Unfortunately, he never reached that type of success again as he was, like Watkins, struggling with injuries. Along with the struggle with injuries, there was also the feeling that Robinson was not really working as hard as he could have been. Whether those rumors about him are true or not, we wont probably find out before he signs. What we do know is he will be receiving a hefty paycheck from someone (it has been rumored the 49ers are the leader in the clubhouse for him). The scary thing is not only is he coming off an ACL tear from last season that limited him to one game, but you don't know how hard a worker he is. Whoever signs him will definitely have to feel like Forrest Gump with the box of chocolates, never knowing what you're going to get.

Both Watkins and Robinson are talented players and will eventually land somewhere. The bad thing is that both are unpredictable in the injury and production department. They could help the teams they sign with or could become a contract albatross. It will be interesting to see what teams feels the need to take a chance on one of these two young receivers. 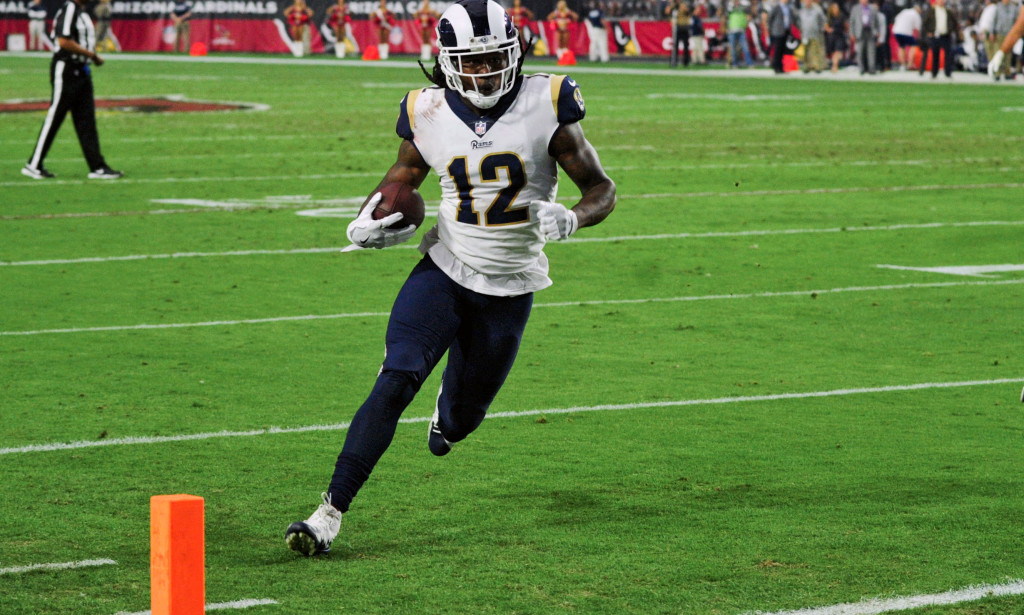