The Buffalo Bills have been a quiet observer in the AFC East. As it currently stands, they have the longest playoff drought in the AFC East and many Bill fans have to be wondering when it will come to an end. With a new regime in place, there is hope that it will come to an end and that they will get better, but after today, there have to be some that are wondering what is going on. The Buffalo Bills made a trade that simply shocked a lot of people. Sammy Watkins, an explosive wide receiver that the Bills traded up for a few years back, was in a make-or-break season as the Bills decided not to pick up his option in regards to his rookie deal. But instead of him getting a chance to prove himself with the team who drafted him, he will be trying to be that consistent threat for another team, the Los Angeles Rams. The Bills sent Watkins to the Rams along with a 2018 sixth-round draft pick for the services of cornerback EJ Gaines and a 2018 second-round pick. This move literally shocked a lot of people, but in all honesty, it was one that makes a lot of sense for the Bills.

When the Bills drafted Sammy Watkins with the 4th pick in the 2014 NFL Draft, they thought they were drafting a superstar at the wide receiver position. Watkins had great skills and great speed, which was too tantalizing to Buffalo to pass up. The former Clemson wide receiver was electric in his first season, falling just short of 1,000 yards receiving while scoring six touchdowns. In his second season, he built on that first season by gaining over 1,000 yards and scoring nine touchdowns despite having five less receptions for that season. Last season was a down year for Watkins, as he did not even get 500 yards receiving and only scored two touchdowns. Despite the excitement of Watkins, the Bills noticed that his games played had went down every single year he was in the NFL and that he has suffered from foot issues for a while now. With the Bills not knowing whether he can be on the field more than he is off it, the Bills had to make a decision. They say they were not actively looking to trade Watkins, but when they did not pick up the option on the last year of his deal, the writing was on the wall that he would more than likely be out of there via trade or non-renewal of his contract. For the Bills, they have gotten rid of a player they would have probably wanted to get rid of and got some compensation for it.

The trade was not only good for the Bills in terms of getting rid of an oft-injured player, but it was also good because the Bills got some assets that they needed. Gaines is not the biggest corner, but what he is known for is having the instincts to be a good cornerback and good football player. The only issue that he has had is that he, like Watkins, cannot stay healthy. Gaines missed the entire 2015 season due to injury and had to fight through an injury in the 2016 season as well. If Gaines does work out, then they get to probably keep him around for a far less expensive rate than they would have had to keep Watkins, which would be good for the cap space for Buffalo. But in the event that Gaines did not work out, not a lot of money is tied into him and they can realistically let him go hit free agency. Gaines may be a hit or miss prospect, but the 2018 2nd round pick isn't. The Bills need talent and they need as much of it as possible. Only an upgrade in their personnel would get them better and they can do that with more picks in next year's NFL Draft. With the second-round pick they got in this deal, Buffalo now has two first, second and third round picks going into the next draft and that is huge for them. With those picks, they can either select a piece they need or have enough to trade up for something they want or something they see on another roster, which both situations would be ideal for the Bills.

Sometimes tough decisions have to be made and this decision undoubtedly had to be tough for Buffalo. Whether this decision comes back to haunt them or not, we may never know. But as it looks on the surface, the Bills got rid of a talented receiver that has foot issues and was going to be costing them money very soon. So before they had to make the decision, they pawned it off on another team while trying to gain more picks to rebuild. Maybe this type of move will motivate Watkins even more, but we will not see the true results of this trade until 2018. 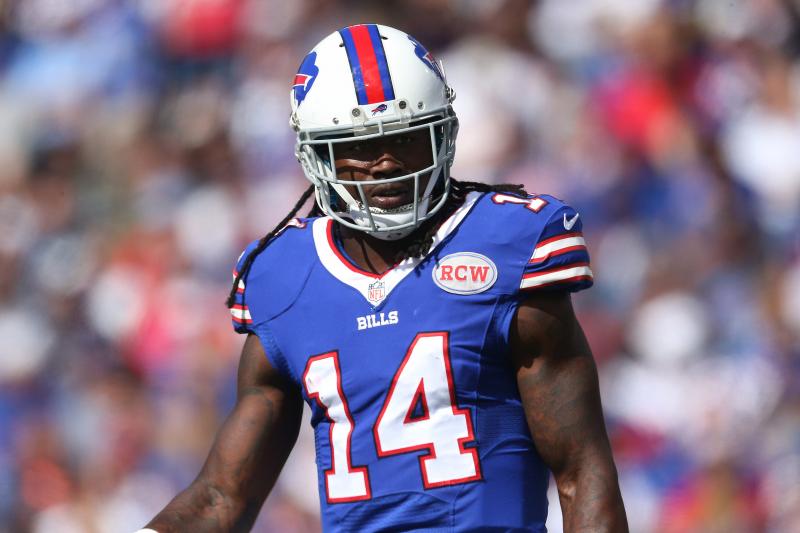