The Minnesota Offense Is Getting It Done

The Minnesota Vikings were thought to be a ground and pound offense with Adrian Peterson leading the way on the ground and Teddy Bridgewater making the clutch throws to their different pieces. That combination was supposed to lead the Vikings to where they wanted to go. But who would imagine that these two important Vikings pieces would go down so early in the season. For Bridgewater, he was not able to play a down as he tore his ACL during training camp on a non-contact drill. And as far as Peterson, he tore up his knee and had to have surgery to repair his meniscus. When those injuries happened, many wondered how the Vikings would continue to go forward. Well, it seems like the offense of the Vikings has survived just fine. Despite losing both Bridgewater and Peterson, the team is 4-0 and is showing no signs of slowing down. But how are they doing it with those pieces missing?

When Bridgewater went down, many wondered what the Vikings would do at quarterback. Would they stand pat with veteran backup Shaun Hill or would they go get someone? Well, that got answered quickly when the Vikings went and traded for Philadelphia Eagles starting quarterback Sam Bradford before the season. Many, including me, wondered what the Vikings were doing. Trading a first round pick for a guy that has not had much success and had multiple injuries was something that many did not even expect to happen. But after sitting out the first game of the season to learn the offense, Bradford has taken over and made it happen. One could even say that he has been better for this offense than Bridgewater ever was. He has been accurate all season long, completing over 70% of his passes in two of three games. And his timely passing has helped take care of things while the running game figures itself out. And the chemistry with leading wide receiver Stefon Diggs and the rest of the Vikings passing weapons has been seamless. Along with his accuracy, the biggest thing Bradford has done is value the football. Over his first three games, Bradford has zero interceptions. This is huge because last season, Bradford had 14 interceptions in Philly. He has been exceptional so far for the Vikings and what was thought to be a risk has turned into a diamond so far in Minnesota.

The Vikings passing game has been a revelation so far. And thank goodness for Minnesota that it has been doing so well because the running game has still been trying to figure itself out. Even when Peterson was in there, the running game just seemed like it could not get going. So when he left the lineup via injury, there were really questions as to how the running game would work. Well, due to the success in the passing game, the running game found some holes tonight. And one guy that stepped up is running back Jerrick McKinnon. The former college quarterback turned running back scooted around the corner on one run and was patient and dashed through the middle of the defense for a touchdown on another. McKinnon ended Monday night with 18 carries for 85 yards and a touchdown, his best performance of the year by far. And as a team, their win against the Giants was the first game where Minnesota went over 100 yards rushing as a team this year. The passing game has helped loosen up the defenses and got the running game going. And that can be scary.

The Vikings are undefeated and they are doing it in a way that no one thought on the offensive side of the ball. We knew their defense would be good, but what we did not expect is Bradford's performance so far in Minnesota and the running game lagging along until the game against the Giants. As it goes, the Vikings are on their way to returning to the playoffs. And the scary thing is they are playing much better than last year on both sides of the ball. 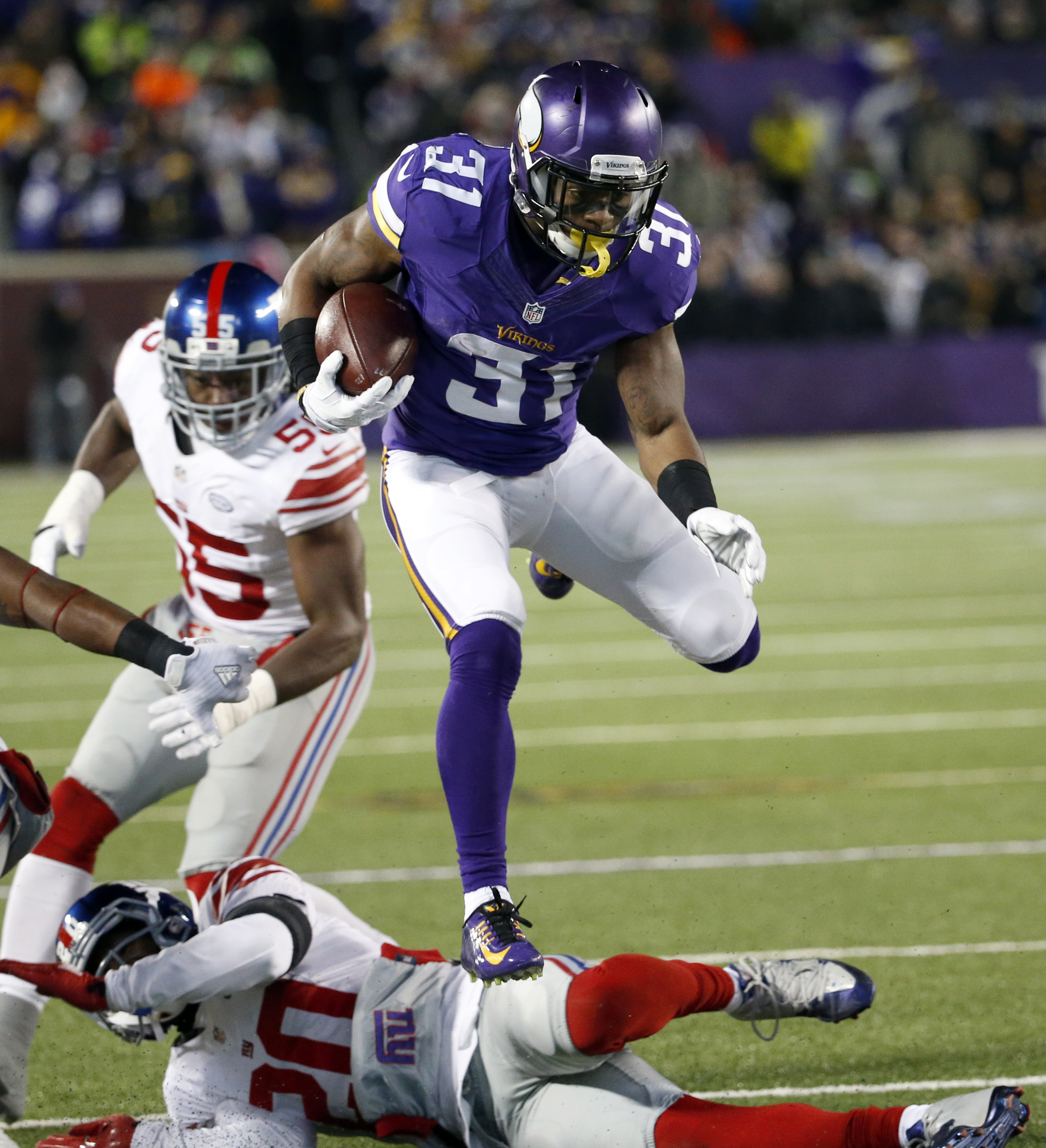