The New York Giants had a rough season last year. Along with the disappointing finish, the Giants had a rash of injuries. They missed their best pass rusher, defensive end Jason Pierre-Paul, last season due to a fireworks injury that nearly took his whole hand. And in the secondary, it just seems like injuries were finding them. But the injury that some were talking about last year was wide receiver Victor Cruz. He had injured himself in the 2014 season when trying to catch a pass in the endzone versus the Philadelphia Eagles. And with that, Cruz has been trying to battle back ever since. But the story was not always that way for him. Once upon a time, he was the next big thing in New York and was something that no one expected.

Coming into the 2010 NFL season, no one even knew who Cruz was. He had just finished his career at the University of Massachusetts and was trying to achieve his dream of making it to the NFL. Unfortunately, no one drafted him and he had to make his way there via the free agent route. And with all teams available to him, it was his local team that took a shot at him. The New York Giants would sign him in 2010 and he would repay them bigtime. After injuring a hamstring in the 2010 and getting put on injured reserve, Cruz had a hugely unexpected season in 2011. He had 82 receptions for 1,536 yards and nine touchdowns as he became the name everyone knew at wide receiver. His numbers would decline the next two seasons, but he had arrived. The local guy had become the hometown team's go-to receiver. But eventually, the storybook-like journey took a turn for the worst with his injury. And ever since then, he has been trying to make it back.

The torn patella tendon that Cruz suffered was one that started his health issues. Ever since the injury that ended his 2014 season prematurely, he has had other nagging injuries that have popped up. One that hampered him coming back last season was a calf injury. It just seemed like it would never go away and allow him to step on the field. And eventually, his continued recovery from a torn patella tendon along with the calf injury cost him his season. Currently, he is suffering from a groin injury and is fighting to get back on the field this preseason. There is no determination whether he will make it back at this point and there is not much optimism when it comes to the fans of the Giants about him. It just seems like he cannot catch a break and make it back on the field. He is working hard trying to get back out there, but his body just will not cooperate with him. The fact that he is trying so hard to get back to his team and cannot has to be eating at him. After all, he is a competitor and wants to play.

Cruz will continue to fight and hopefully get on the field. But as the days go on, the reality of that happening gets slimmer and slimmer. The first step will be for him to get back on the practice field and have one solid week with no issues. Then maybe he can try and work his way back into the equation as a wide receiver. Cruz's clock struck twelve when he got injured in Week 6. And even though he may make it back on the field, he may never be the same electric wide receiver that we all came to love watch play. He and Odell Beckham Jr. would have been a great combination on the field. But the way things look, we may only see that combination at its zenith on a video game. 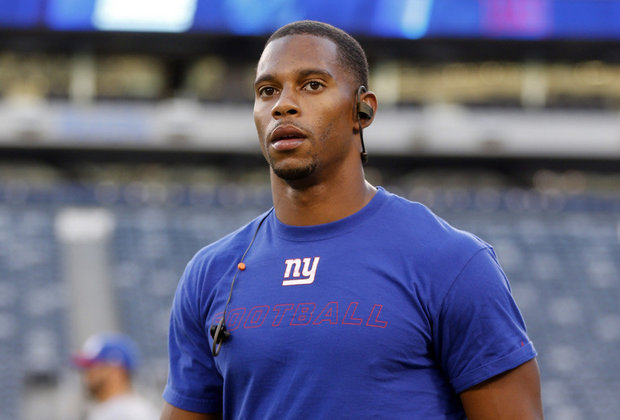