The Winds Of Change With Vance Joseph

The Denver Broncos were coming off a Super Bowl win heading into this season. Von Miller got his payday this offseason while Peyton Manning and other teammates were not on the team this season. But even with the retirement of Manning and other players signing free agent deals this offseason, the feeling was the Denver Broncos would still be able to make the playoffs and be competitive in the AFC. Well, things did not go exactly as planned. The team struggled to replace Manning at quarterback and the defense was eventually worn out on the field. The Broncos did not make the playoffs this season, but that may not have been the biggest surprise to some this year. Rumors began to circulate that it was possible head coach Gary Kubiak would not be back this year. And after a little speculation, it was all confirmed when he eventually came out and said he was retiring due to health issues. His family had concerns and he could not ignore those. So with that happening, the Broncos were in a position they did not expect. They are not only trying to make it back to the playoffs, but they were trying to find out who was going to lead them there. Well, on Wednesday, the Broncos made their decision on who their man was.

Miami Dolphins defensive coordinator Vance Joseph has decided to accept the vacant head coaching position in Denver and will now be taking over a team with championship experience. And while many thought Atlanta offensive coordinator Kyle Shanahan would be getting the job, John Elway decided to go away from his former head coach's son in hiring Joseph. The move seemed strange in a sense for Elway. The team already had a strong defense in place. They have one of the best defensive forces in football in Von Miller and it seemed like he really took off in Wade Phillips' 3-4 defense. But with Vance coming to town, you have to wonder how his presence will alter the Broncos. Von Miller thrived even more than he previously had when Phillips took over the defense. Miller was playing his natural 3-4 outside linebacker position and that seemed to fit him well. With Joseph there in Denver, that likely means a switch back to the 4-3 defense. And with that, you have to wonder what he does with Miller. Does he move him full-time to defensive end or does he put him back at outside linebacker and use him as a pass rush specialist? We certainly don't know, but that is a huge question that he has to answer. Besides that, there need to be some adjustments in the linebacker corps. But the switch back to the 4-3 should definitely be interesting to watch, especially with Miller's positioning and how Joseph tries to get the best out of him.

But along with questions on the defense, there are questions offensively as well. One question will be who he starts at quarterback. Trever Siemian was named the starter out of training camp over veteran Mark Sanchez and rookie Paxton Lynch. He had a moment or two early in the season, but he faltered more as the season went on. And along with the shaky quarterback play, the Broncos just could not really get anything consistent to support their defense. Siemian was a favorite of Kubiak and he just could not go away from him. But with a new coach coming in, there will more than likely be a new direction taken at that position. Does Joseph try to get a veteran quarterback out there like maybe a Tony Romo? Those rumors have been out there for a while now and will only intensify now that Kubiak is out in Denver. One other option is to go with the youngster in Lynch. Although he is still green, he has upside that plenty liked and he can get better. Both bringing in a veteran quarterback or going with Lynch seem to be more viable options at this point in time for the Broncos. And whoever Joseph decides to do, it will more than likely be tied into who he hires as offensive coordinator. It will be interesting to see what happens on that front with Joseph and what all he decides to do.

Joseph is a bright football mind and did some good things in his one year as defensive coordinator in Miami. But when you are the head coach, more is now on your plate. The Broncos have pieces to get back to the playoffs next season. But they also have some holes that need to be filled and some decisions that need to be made. What decisions will be made? Well, we will see down the line. But we do know that Joseph finally has his opportunity and he has a team that isn't that bad to start his first NFL head coaching job with. 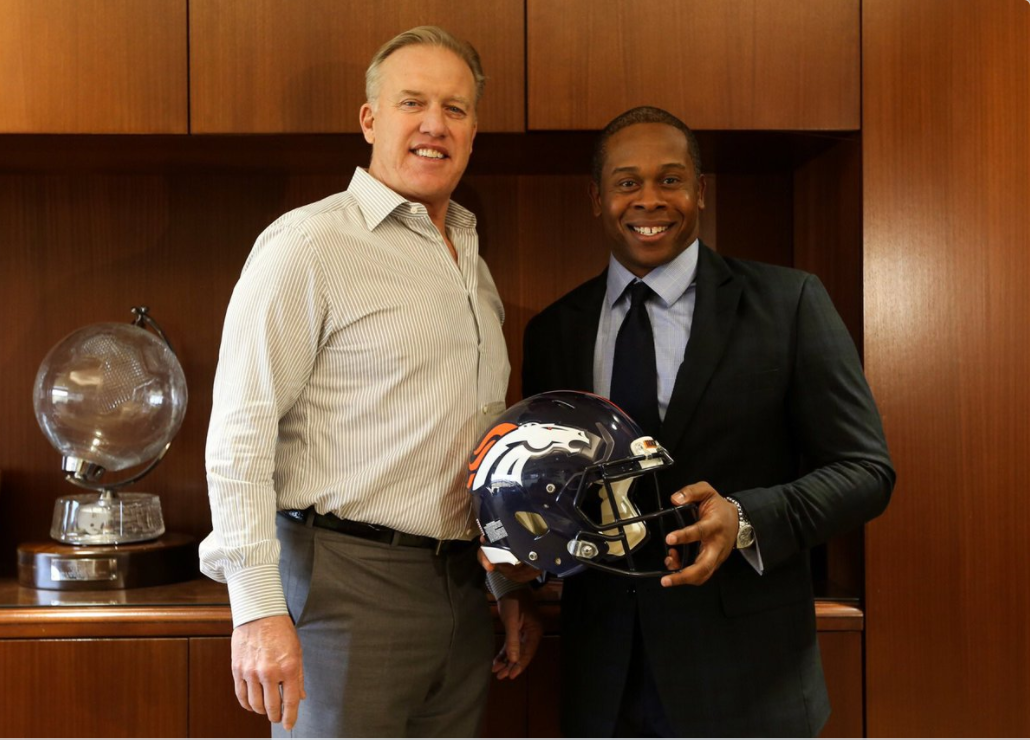