Tyrod Taylor was very much an afterthought last offseason. He was a free agent last offseason and many were not itching to bring him in to their team. But one team finally took a chance on him. That team was the Buffalo Bills. And although it seemed like a longshot for the veteran quarterback become the starter there, that is exactly what happened. He outperformed EJ Manuel and Matt Cassel to takeover the starting job in Week 1. And if it were not have been for a couple injuries, he would have started every single game. His performance was very good for a guy that was not expected to do as much as he did. Taylor completed 63.7% of his passes and while throwing for 20 touchdowns and only six interceptions. And in addition to his yardage through the air, he also gave the Bills 568 yards and four touchdowns on the ground. The Bills finally had their quarterback, but he was definitely underpaid at what would have been $2 million owed to him next season. Buffalo seemingly took care of that before the season, signing him to a six-year, $92 million contract. But that deal is not as lucrative as many would think it is.

The deal seemingly would lock up Taylor and make him a member of the team for a long time, but upon further review, this deal is anything but a one-year deal. Taylor did not get any type of signing bonus, which is rare for a guy that is your franchise quarterback. In fact, the only money he is guaranteed with this new deal is the $9.5 million that he is making next season. After this season, the big month for him is March 2017. If his option is picked up in March 2017, then that is when Taylor really cashes in. He would then be locked into a $12 million base salary for next season and then he would be guaranteed a $15.5 million bonus as well. Just like that, he would get a pay raise along with a nice bonus from Buffalo. But before he can get to that number, he first has to play well this season. The way this contract is shaped up, he is betting on himself to play well next season in order to get that big money that he wants. And let's say he makes it to 2017 and gets his contract picked up, he then has one more year on his contract in terms of base salary. Whoever did this contract for Tyrod did him no favors at all. And that agent should definitely be looked at strangely when he is meeting with a prospective client.

As far as Taylor, the Bills were sending him a message with this deal. Not only is this deal a three year deal at the best (the deal only has three years of a base salary on it), but Taylor has to play well to even earn those base salaries each year because he could get cut. This deal says essentially that the Bills are not all the way sold on Taylor. And if the Bills don't finish well this season and Rex Ryan is fired, then Taylor could be looking for another job as a quarterback. If that is the case, then he essentially missed out on a big financial opportunity that he may never get again. The pressure is on Taylor to come out and do what he did last season but a little bit better. For his sake, he better hope he and his supporting cast stays healthy and that Rex has some dirt on the owner if Taylor and the team falter.

Everyone was happy when they first heard the new deal that Taylor had gotten and thought he had made it. But in all reality, he just signed a one-year extension with a chance for more out of it next season. If he is able to make the second year and the team play well, then he would have beat the odds on this one. But if he does not, then he will be kicking himself, his agents would be kicking themselves and not looked at in a good light by some, and the team will just move on like nothing even happened. Such is life in the NFL when you have to get the biggest guarantees to actually make the big bucks. 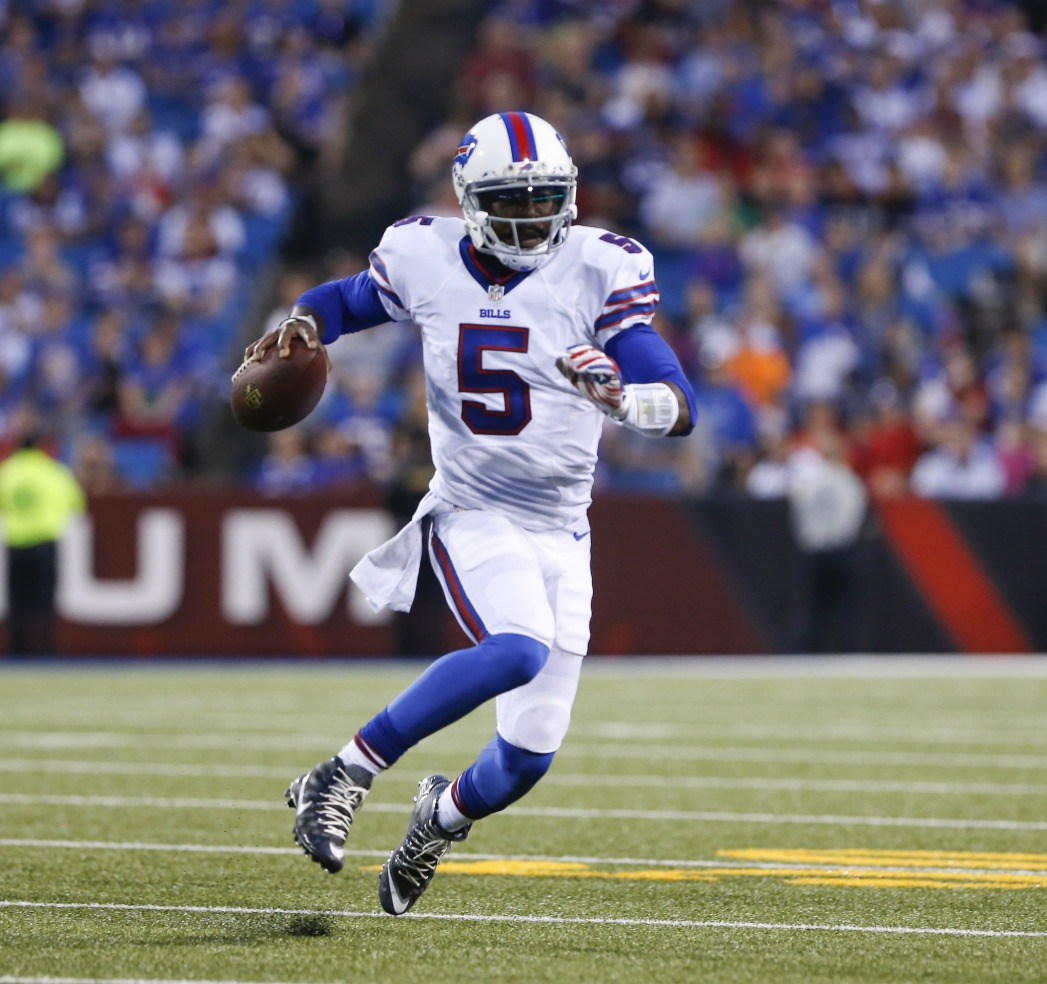