The Denver Broncos are coming off a Super Bowl championship this past season. Their defense was dominant and their offense provided just enough for them to hang on and win the Super Bowl. But like every season and every Super Bowl champion, there are some that decide to leave in the offseason and the Broncos were no exception. A player like Danny Trevethan will be missed for his speed and smarts on the football field. But even though he did not play as well as he usually does, Peyton Manning will be missed as well. The veteran quarterback decided to ride off into the sunset after the season, leaving Denver with a huge hole at the quarterback position. With Brock Osweiler leaving, many thought the replacement would be either Mark Sanchez (traded for him in the offseason) or rookie Paxton Lynch, but there is another candidate that wanted to announce his arrival in the competition.

Trevor Siemian was not very highly thought of in the 2015 NFL Draft. The former Northwestern quarterback was a good thrower, but his decision-making was still a question mark. And with that being his attributes that many thought of, he ended up being a seventh-round pick of the Denver Broncos. At that point, many were not even sure he would make the team. But Siemian has worked hard and he made the team last year. And in making the team in 2015, Denver head coach Gary Kubiak got used to him being around and liked what he saw out of Siemian. And during minicamps and practices, it seems that Siemian has carried over what he did last season into this one. He and Mark Sanchez have been neck and neck in camp so far and that has plenty of players saying that this quarterback competition is equal between these two. And if that is the case, then we already know what the answer should be on the starting quarterback position.

Sanchez is a guy that many already know about in the NFL. We know that he can have moments in time where he can look solid and can make the right plays. But we also know that he mentally has moments that no one can explain. And when that happens, trouble usually follows. But with Siemian, he is the great unknown outside of practice. He could be good in games and he could be bad. But all in all, if things are even between both through all this time, then you go with the younger guy. Siemian has more room to grow quite frankly and that ceiling is definitely higher than Sanchez's ceiling is. And even though there is uncertainty with what Siemian can do, there is also some excitement there also. If Siemian fails to do a good job, then you can always go to the veteran and have him step in and play. And behind both of them still stands rookie first-round pick Paxton Lynch, who is still learning the offense and the NFL game.

Kubiak has named Sanchez the starter for the preseason opener for the Broncos.  And in that game, he may or may not get much work. But he better be solid because Siemian is coming for his position and the competition is not going anywhere anytime soon. The younger Siemian believes that it is his position and he is doing all he can to prove so to Kubiak and the Denver organization. And that type of hunger and belief should lead him to be the starting quarterback in Denver this season. If not, then you have Sanchez leading your team and that definitely has to have Broncos fans cringing. 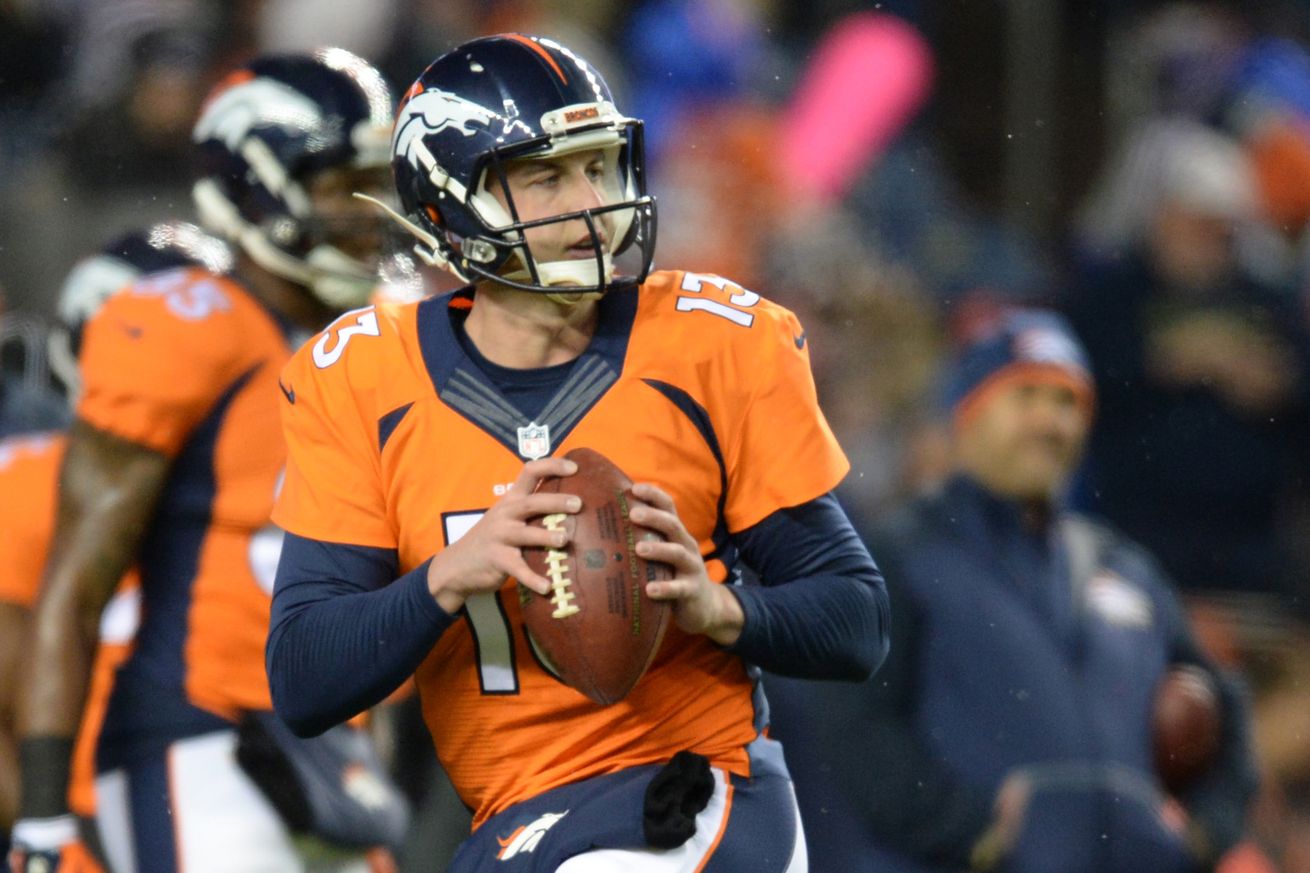