Tom Coughlin is now sitting in the NFL's offices working to try and help the NFL. But only one year removed from coaching, Coughlin is getting some notice on the coaching circuit once again. The 70 year old coach's name has been mentioned with two teams already and the season is not even over. The Jacksonville Jaguars have said that they are interested in speaking to him about their head coaching job. And along with the Jaguars, there have been rumblings that the Buffalo Bills are interested in bringing him in for an interview as well. Where he lands or if he lands back in the NFL is something that no one knows at this time, as Coughlin has yet to address either situation yet. But one thing we do know is that his success with the New York Giants over the years has some teams willing to take a chance and get him out of the NFL offices and back on the field. Looking at both teams, there isn't really one that is a better option than the other. Both franchises have been absent from the playoffs for a while and have some issues with their rosters. But one choice does have a benefit over the other.

Jacksonville is a place where not many want to go. Although two top free agents went there over the last two years (tight end Julius Thomas and defensive lineman Malik Jackson), it is more viewed as a place where players cannot thrive these days. But it was not always that way with Jacksonville, especially when Coughlin was there the first time. Coughlin was the first coach in franchise history when they began back in 1995 and he struggled in his first season as coach there, going 4-12. But after that season, the Jags had four of their most successful seasons in franchise history under Coughlin. The Jags went to the playoffs four straight seasons under Coughlin, including two appearances in the AFC title game. After that success came three straight losing seasons and then Coughlin was gone, but Jacksonville has never had that type of success after Coughlin at all. The familiarity of Coughlin with the area and the success he had there in the past and with New York is something that Jacksonville could bank on. And with his discipline that he could bring, he could help this young team to get better on the field. Of course, there will need to be personnel changes needed, but this team has some young pieces in place that have the potential to be better than what Buffalo has. And if he were to come back to Jacksonville, there would be a decision he would have to make on Blake Bortles, which would probably mean he would be gone.

Other than the previous success and the talent that is there, the warm weather is also a bonus when thinking about the job in Jacksonville. At the beginning of the season, the heat may be bothersome in Florida. But as the season goes on, the heat in Florida would be something that would be appreciated. As for Buffalo, the weather there gets worse as the season goes on. Tom Coughlin already survived over a decade in New York and was there in the winter time often. That cold weather is not something that is enjoyable when standing on the sidelines coaching games. And if you are losing games in Buffalo, then that makes the games even colder. So if you are going to potentially lose, then why not do it in warm weather? Besides, Coughlin would be closer to where he could be living in retirement and he would be heading to a state that has no state income tax at all. It seems like the perfect setup for him. And the best thing about him going there to Jacksonville would be there is no expectations there would be low. Seems like the expectations in Buffalo have stayed high over the years despite no success actually happening there. If they were to even show improvement over his time there, Coughlin would be regarded as a savior for them.

So while Coughlin does have a choice to make and both franchises are not exactly the best choices, one choice does have more benefits than the other. With the location, limited success there that he was responsible for and the low expectations, Coughlin would be able to go into Jacksonville and be revered as a savior riding in on his white horse. As for Buffalo, cold weather and unreal expectations are not necessarily something Coughlin should want at this point. You never know what is going to happen, but we shall see if Coughlin comes back to coaching and where he lands. But if I am him, I would look at Jacksonville more. 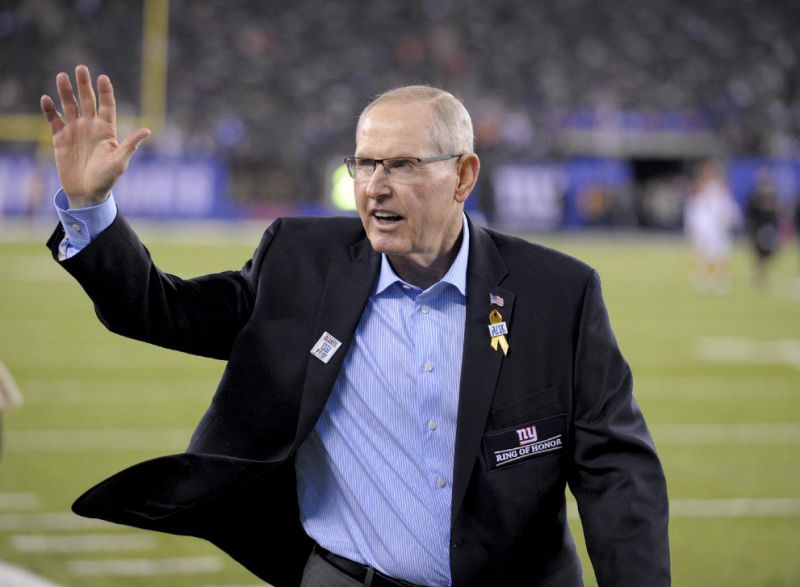