What The Titans Offense Needs

The Tennessee Titans season has not gotten off to the start they expected. They have been in every single game they have played, which is an improvement for them. But what they have not done is be able to finish off comebacks against teams. In their first game, they turned the ball over in a variety of ways to lose to the Vikings. In the second game, the Titans were able to score two touchdowns in the fourth quarter to come back and win against the Lions. And against, the Oakland Raiders, the Titans just were not able to make the plays to complete a game-winning drive. The Titans now sit at 1-2 and are getting ready to face the Texans next week in Houston. Needless to say, the road does not get any easier to travel in what is the franchise's first NFL journey under head coach Mike Mularkey. The Titans aren't going to add any bigtime pieces this year before the season is over, so what can they do within this team to make them better?

Well, the first thing is Marcus Mariota has to value the football. Mariota had a solid rookie season in 2015, accumulating 19 touchdowns and 10 interceptions while throwing for 2,818 yards. Going into season two, it was thought that he would progress even more. After all, Mularkey had familiarity with Mariota because he was the interim coach at the end of the 2015 season and he was a position coach with the team. But so far this season, it seems like Mariota cannot make sound decisions. Through three games, he already has four interceptions. If he stays on this pace he will end up having more interceptions than he had last year and that would not be good. But along with that, he seems to be uncomfortable at times in the pocket. His greatest weapon is his feet and he has to use them more to make plays and buy time. If he does so, then he will give his receivers more time to get open and make up for the lack of pass blocking linemen that he has up front. And him using his feet will also make for him being viewed as a weapon with his scrambling for positive yardage on the field. Hopefully for the Titans he will get it together enough to judge when it's time to hang in the pocket and when it's time to scramble.

Mariota's interception and turnover issues are there and have to be cleaned up. But one thing that may not have the opportunity to materialize is the issue of speed at the wide receiver position. The Titans have some vets and some young guys playing the position. And while all can catch and run some solid routes, none of them are speed merchants. With no speed receivers on the team, that allows the defensive backs to creep closer and closer to the line of scrimmage. And although the Titans run some deep routes, defenses really don't respect the routes because they don't respect their speed. If anyone watched the game they played Sunday, it seemed like the defensive backs just got closer and closer to the line of scrimmage as the game progressed. And while the Titans had a chance to tie the game, they were moving down the field while eating up a bunch of time on the clock. A speed receiver would loosen up things for guys like tight end Delanie Walker underneath the defense. And along with that, a speed receivers makes safeties back up a little bit, which creates more space for the Titans to run the football.

The Titans are who they are at this point and Mariota can get better as the season goes along. But at this point, he has not been impressive at all and he is costing his team with his play. His job is tougher because he does not have a speed guy at wide receiver, but he still has to find a way to get the job done. And the way that job gets done is by the offensive coordinator scheming downfield attacking plays and by Mariota having the vision to find them. Until then, Titans fans may keep seeing this trend of coming up short when it really matters. Only time will tell if they figure it out what updates they need to make. 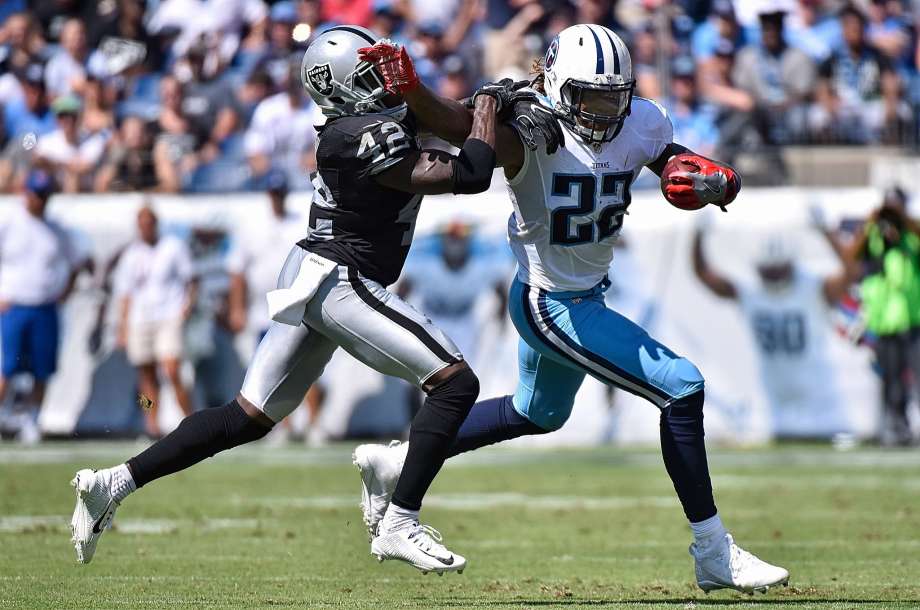