The Titans’ Adjustments Heading Into The Bye Week

The Tennessee Titans once again had another opportunity to get to .500 on the season. This time they were headed to Chicago to take on the lowly Bears. Chicago has not been good in a couple of years and came into the game starting former USC quarterback Matt Barkley, who was making his first start in the NFL. All signs pointed to the Titans coming to town and making it happen as they headed into their bye week. The Titans got out to a 27-7 lead in the game and everyone thought it was over expect the Bears. Chicago would come back and put some game pressure on the Titans. But the Bears would end up coming up short, failing to score twice when they had the football in scoring position late. And just like that, the Titans escaped and evened their record at 6-6 as they head into their bye week. The win was nice and there was some good performances, but there have to be some concerns going forward. The Titans now have some time to rest, but there are some things they definitely need to happen during the week off.

This late in the season, there are usually set rotations in who plays in what packages. That goes for offense, defense and special teams. Very rarely do you see those packages change as the season goes on. Well, the Titans decided to make a little change heading into this game at the cornerback position. The starters for the Titans at cornerback have been Parrish Cox and Jason McCourty for pretty much all season when they are healthy. And they have also had guys like Valentino Blake and LeShaun Sims as backups that were in there when they were not able to go or in specific packages. Well in this game, it seemed like they had all four players on rotations per different plays in this game. It is nice that the Titans are not willing to settle for what they were getting from their secondary, which has not been excellent from the cornerback position. But the worrisome thing is that they are still doing this down the stretch of the season. When a rotation is still being used at this point, it means that no one has taken control of those positions. The inconvenient truth is the Titans need help there at that position that is not coming at this point in the year and can only be helped this offseason. Cox and the rest of the cornerbacks of the Titans were beat a few times but were saved by the bad hands of the Bears receivers. The Titans cannot depend on that happening going forward, so they better hope that gets tightened up to allow them a better chance to make the playoffs.

But the defensive backs are not the only position that will need some help. The Titans offense is kicking in rare form with the excellent play of quarterback Marcus Mariota, who has been throwing at least two touchdowns a week with regularity. One part of the offense that isn't a glaring need right now but could be is the running game. The Titans have run all over teams this season and DeMarco Murray has been the catalyst. Tennessee traded for the veteran running back when Philadelphia made him available to get this past summer. And he has been a huge addition. He has ran the ball hard and with conviction and vision. Right now, he sits at 212 carries and has produced over 1,000 yards so far. But what the Titans may want to do is get Derrick Henry more involved. If DeMarco Murray stays on the pace he is on, then he will end up potentially going over 300 carries for the year. And for Murray, that is a lot of hits to take if the team is going to make the playoffs. By allowing Henry to take some carries away, you get another running back involved and it also helps to spell Murray, who has not gone over 100 yards in his three of his last four games.

The Titans are sitting at their best record in a while and have a great opportunity to make the playoffs if they keep winning games. They face two tough customers in the Denver Broncos and Kansas City Chiefs out of their bye week. And after that, they face the Jacksonville Jaguars and finish the season with the division-leading Houston Texans. Their playoff fate is in their hands and these decisions could help or hinder those chances as well. We shall see how the Titans come out of the bye week and what adjustments they make. But needless to say, there is more excitement around the Titans than has been around them in a long time. 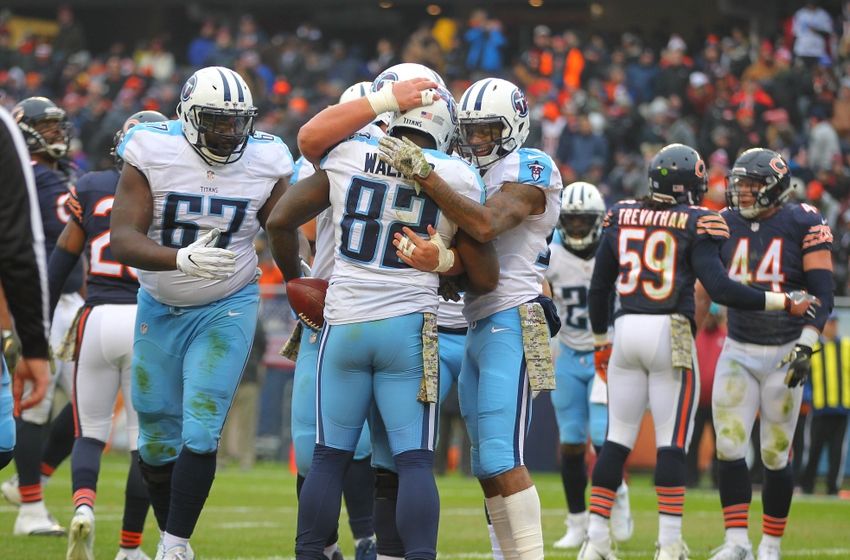 Update! Since this article was published , the Titans have released cornerback Parrish Cox.