The Tennessee Titans entered last season with not very many expectations. The team had a young quarterback in Marcus Mariota, a running back coming off a disappointing season in DeMarco Murray and a defense that had not done much to inspire enthusiasm in them. The Titans did not have many that believed they could do anything or make any noise in the AFC South last season. Well, those who thought they would not do anything thought wrong. The Titans were able to play well enough to be on the fringe of the playoffs last season but ultimately were not able to make it there, finishing 9-7 which was good enough for second in the AFC South. The Titans may not have made the playoffs, but there was hope in them heading into the offseason. They had overachieved in the eyes of many and with a good offseason, it was expected that they could potentially be even better this season. Well, the Titans had a good draft in a lot of people's eyes and with the recent addition of wide receiver Eric Decker, the Titans have many of their fans whether they are here in Nashville, Tennessee or around the world, thinking that they have the makings of a playoff team. Of course, some will disagree, but they certainly do have the pieces, but they will need some things to go right again this season.

One thing that the Titans were on offense last season were physical. The Titans got back to running the football with ferocity and DeMarco Murray was the face of that attack. The veteran running back recovered from a down season in Philly to get 1,287 yards and 12 total touchdowns (nine rushing and three receiving). Along with Murray's success, the Titans also had some good running from rookie running back Derrick Henry. The Alabama product spelled Murray and was a battery ram with moves, accumulating 490 yards on just 110 carries while plunging in the endzone five times. This type of football is considered out of the norm since these days everyone throws the football a lot. We know the Titans must be more active in being explosive down the field and in the passing game, but their identity is running the football and they must stick to it. The Titans need to continue to be that physical force that they can be offensively. I know the temptation will be there to want to pass the ball more, especially with Eric Decker on board as a veteran receiver for Tennessee. But the running game will allow them to control games while wearing teams down as the game goes on.

Offensively, the Titans have an identity that is unmistakable, but defensively they have some things they must keep doing as well. The Titans were a physical team up front as well last season. They bullied teams and they did not take any crap from anyone. Sure, they did not have much going on in the secondary, but they were able to cover up for that with the front seven that they had. For them to continue to be as good as they were at times, they have to find ways to keep bringing pressure. Sure, the Titans were not at the top of the league in terms of sacks, but they did get pressure on the quarterback last season. Part of the reason they got so much pressure was the trio of Derrick Morgan, Brian Orapko and Jurrell Casey. These three veteran defensive lineman were physical and set the tone for anything the Titans did defensively. They were nasty and did not take anything from anyone and it permeated throughout the rest of the front seven. Along with the play of their leaders defensively, the Titans also benefitted from the presence of Dick LeBeau on the sideline leading the defense. The oldest defensive coordinator in the league was up to his old tricks again, bringing pressure from all angles and causing headaches for opposing offenses. In order for the Titans to be that type of attack team this season, the leaders not only have to continue to step up, but they have to hope that LeBeau can recreate some of that magic that he made with the Titans defense. With some of the pieces the Titans added defensively this offseason, LeBeau has a few new toys to work with to employ his ultimate scheme of mass confusion and big plays for Tennessee.

Peter King of SI.com and Monday Morning Quarterback has the Titans roster ranked pretty high in the NFL this year and for good reason. Jon Robinson has done a good job assembling his guys that he wants. The ability to succeed is there and the parts are also there for them to make a run. The only question that remains is will they live up to the hype or will they succumb to the pressure. Pressure busts pipes or makes diamonds. Let's see what happens for the Titans and their fans this season. 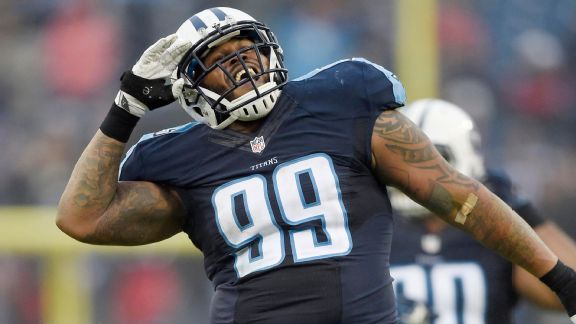