The Titans Are Learning How To Win

The Tennessee Titans coming into this season were a team that no one knew what to expect. The organization had talked about the Exotic Smashmouth offense and a better defensive performance this season, but the fans of this team were used to be let down over the years. And with the 1-3 start, it seemed like they were being given the same bill of goods that they were sold year after year after year. But as we look at the Titans as they currently are, they are now 7-6 after beating the defending Super Bowl champion Denver Broncos 13-10 at home. Taking a look at the game, this was one that could have easily gotten away from the Titans. After all, they did not score after halftime and the Broncos got chance after chance to come back and win the game. But unlike times in the past, the Titans were able to find a way to win games. And with that, the Titans have succeeded in finally going over .500 for the season for the first time after failing at a few previous attempts. And with that, the Titans are second in the AFC South with a chance to win the division still there. It now seems like they have learned how to win.

When a team is learning how to win, there is a time where struggles happen. And with the Titans, that time happened in the second half of games. The team was scoring and making plays, but at crucial points in the ballgame, it seemed like the Titans would make a bad decision or not make a play. For example, Marcus Mariota had a few tough decisions go against him earlier in the year. In a position to make a drive to win the game versus the Indianapolis Colts, Mariota was in the pocket and took too much time. As a result, he was stripped of the football and the Colts ran it in for a touchdown. At that point in the season, doubts were around about Mariota and this Titans team. But as the season has gone forward, the Titans have learned to make those critical plays at the best time of the game and Sunday was the perfect example of that. The Titans were trying to hang on to a lead late in the game with the Denver Broncos driving. And instead of allowing them to drive to win the game, the defense stepped up and made a play. Denver tight end AJ Derby caught a pass that was going to be a first down for the Broncos as they tried to tie or win the ballgame. But instead of that being a first down, Titans linebacker Avery Williamson stripped Derby of the football and the Titans recovered the football to seal the win. Those type of things were not happening at the beginning of the season and now the team has learned how to make those winning plays at the right time, which is a good thing for them.

With the growth of this team through the season, the Titans now control their own destiny. They currently have the same record as the Houston Texans. And the great thing is the Titans take on the Texans in the last game of the season. If the Titans are to win out the rest of the way leading up to Week 17, then it would be a winner-take-all game in Nashville, Tennessee for the right to win the AFC South title. Taking a look at the schedules of both teams, the Titans have the tougher of the two slates left. The only team that looks to be any kind of matchup against the Texans in their last two games is the Titans in the last game. Houston only has to play against the Jacksonville Jaguars and the Cincinnati Bengals before facing the Titans in the last game of the season. As for the Titans, they face a tall task next week against one of the hottest teams in the NFL, the Kansas City Chiefs. And to add on top of the Chiefs being their next opponent, they also have to go to Arrowhead to face them. The feeling of them winning that game in Kansas City is not very good at this time. But we have seen stranger things happen and the saying "Any Given Sunday" fits right here. The Texans losing one before the Titans game and the Titans going undefeated before the Texans game are both things that are not expected. However, it can happen because we all know the Texans can be unpredictable.

With Sunday's win, the Titans now have given themselves an opportunity to return to the playoffs, a place that seemed so far away to start the season. And with that, the city and the fans of the Tennessee Titans have something to be proud of. The Titans are in the playoff hunt and now the fans of that team have something to be proud of and something to look forward to. And it will be interesting to see if the lessons the Titans have learned this season pay off in a playoff appearance. 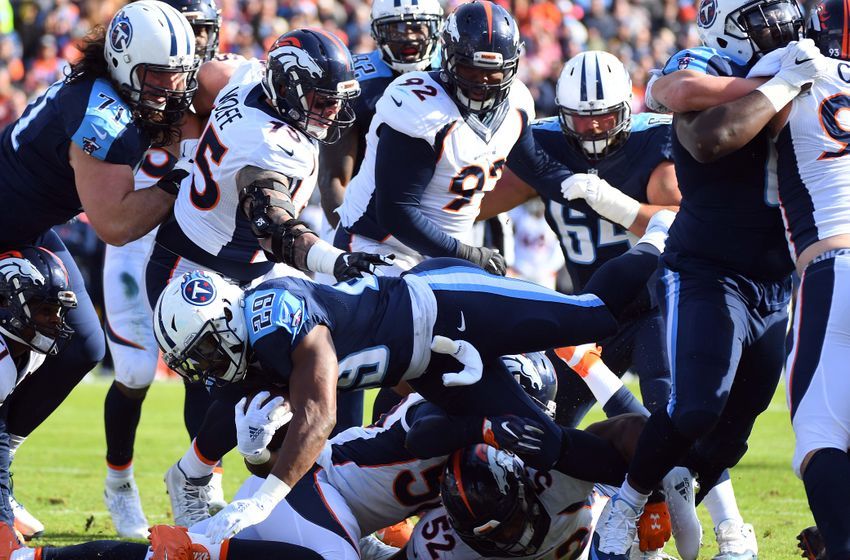