The Minnesota Vikings had high expectations. They got back into the playoffs last season after winning the NFC North and actually would have advanced if it weren't for an errant kick in Ice Bowl II versus the Seattle Seahawks. Heading into this season, many felt the Vikings could take another step towards being an NFC elite team. They had the running game with Adrian Peterson and had a defense that can make plays at all levels. But the biggest question for some has been the quarterback position in Minnesota. Teddy Bridgewater has not had the greatest set of weapons around him, but he was expected this year to make that leap at the position. But before we got the chance to see whether he was going to help take that offense to the next level, Bridgewater crumbled to the ground Tuesday in a non-contact drill in practice. Reports are that he tore his ACL as well as dislocated his knee. And just like that, Bridgewater is done for the season. The Vikings still have pieces that can win, but the question is what do they do at quarterback?

One obvious ption they can use at quarterback is backup Shaun Hill. The veteran has been solid in every place he has been. He may not have the strongest arm, but he has the toughness and veteran guile that makes him a very serviceable backup. With him being the likely option to step in and take over, Hill will be more than likely running an offense that will feature the run game even more than it would have with Bridgewater. And if that is the case, then the Vikings will need more than Adrian Peterson. Backup running back Jerick McKinnon will have to be a contributor as well in this running attack to help keep Peterson upright all season (Peterson is no spring chicken at 31 years old). But along with the running game being a focus even more if Hill gets the nod, the play-action passing game will be huge for the Vikings. One guy that could step up in that arena is Kyle Rudolph. The veteran tight end was solid last season and could definitely be so again with Hill lining up behind center. But for all the veteran leadership and guile that Hill brings, there is a drawback that can hurt this team with him. Hill does not have the best arm out there and that will keep the Vikings passing game under wraps this season. And with that, deep threats like Stefon Diggs will have to settle for shorter routes and run after the catch to make things happen.

Hill is likely the starter, but after that who is there? The Vikings need another viable option to back up Hill. There are not many options out there, but there are some out there that bear at least a look. One guy that would fit into what they have is Mike Glennon from Tampa Bay. He is a quarterback that has touch and can be accurate at all three levels of the passing game. And if Jameis Winston was not available for the 2015 NFL Draft, he would probably be starting for the Bucs right now. But of course, the drawback to him is his pocket presence. It would be good for him to have a solid running game to lean on, but he has to be aware of the defenders coming for him. Two other options would be Bryce Petty or Geno Smith from the Jets. Both are battling for the backup quarterback job behind Ryan Fitzpatrick and either one of them could be available via trade and not for that much either. Petty has shown a little flash in preseason, but most don't know what he is at this point in the NFL. And adding him as a backup could be a case of the great unknown. And as far as Smith, we know what he is already. He has had his moments where he has been solid, but he has also had some really bad moments on the field. But even with that, Smith has more experience and probably more confidence than Petty anywhere as a backup other than New York. And like Petty, he would come cheap as well.

These are just three names that could potentially end up in Minnesota. But of course there are some bigger names that have been talked about as potential additions.  Names like Mark Sanchez and Colin Kaepernick have been talked about as well, but both seem unlikely at this time. If people think Smith is bad as a backup, then they should feel the same about Sanchez. Like Smith, he has had moments and he has had infamous ones like the Butt Fumble in his career. As far as Kaepernick, we don't even know if the 49ers are ready to even trade him. But even if they are ready to trade him, the talented quarterback would have to restructure his deal to even fit into the Vikings salary cap. And as we saw when he was almost traded to Denver earlier this offseason, Kaepernick probably is not going to take a paycut to facilitate that trade. He would fit that team in terms of his arm and the style of offense, but it seems like he has regressed over the years and that could end up being a big gamble for the Vikings as well.

The loss of Teddy Bridgewater right before the last preseason game leaves the Vikings in a tough spot. There are not many options out there and even the options that are out there don't exactly make NFL drool to see them play. But with Hill as their only solid quarterback right now, they have to make a decision and they have to make one pretty quickly. It will be interesting to see who they go after or if they decide to stay put. 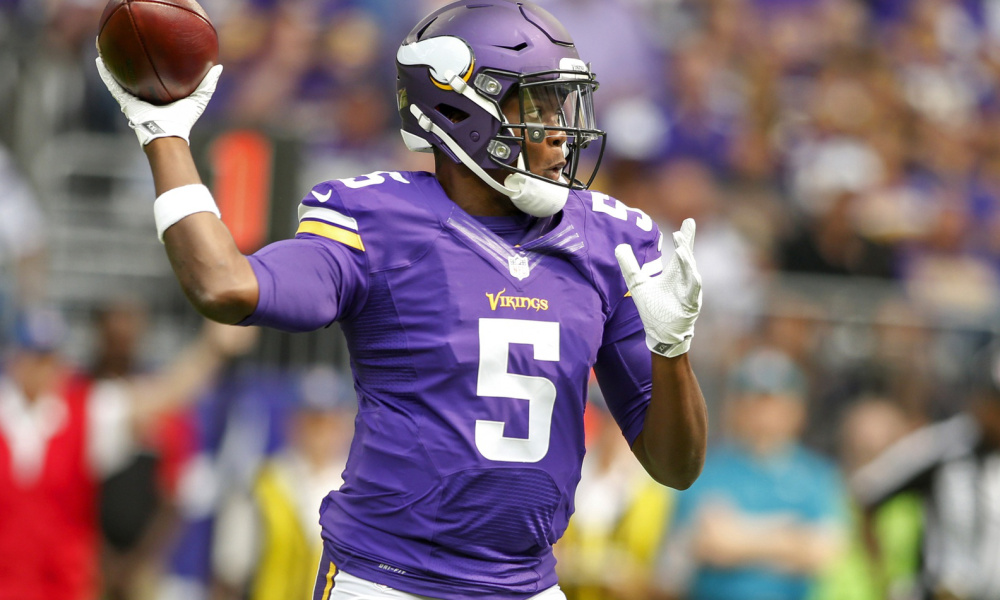