They say that speed kills. Well, that was the thinking when Tavon Austin entered the NFL. The former West Virginia wide receiver is not the tallest guy (5'8" in stature), but he sure was fast. He destroyed the angles defenses took trying to tackle him. And when he ran a 4.34 forty-yard dash at the NFL combine back in 2013, that made it official that he was on the radar of a ton of teams. The question that came next was where would he fit and who would be taking a chance on his speed over his size. That question was answered rather quickly when the Rams took him eighth overall in the 2013 NFL Draft. And with that selection, it was expected that Austin would become that explosive playmaker that the Rams have been missing. Well, to this point, they have still been waiting to see that consistently. Austin has had some moments where he looks incredible and others where he has been a disappearing act. And going into Year Four, you knew there was some decision that had to be made on keeping him or moving on. Well, the Rams have made their choice on what they will do with Austin and some will not be happy about it.

The now Los Angeles Rams and Austin agreed to a four-year contact extension that pays him at least $30 million guaranteed. And with that new deal, Austin is now going to be one of the pieces that Rams fans can get familiar with seeing for a while. But along with seeing him for a while, they have to see some better production from him. Austin, a receiver by trade, has not even put up over 500 yards in one season receiving. For someone getting the amount of money he is getting, the Rams better expect more than that from him. One knock on Austin is he has not refined his route-running as much as he should at this point in his career. You see him running around and making plays sometimes, but notice that not very many of those plays come from a great route. His speed is incredible, but he does not have routes to go along with it. And that helps the defense every single time when he telegraphs his routes.

So, since the Rams are going to pay Austin like he is their best wide receiver, they have to find a good way to use his skills. He will never be a guy that is a constant in the passing game. But the thing about him is he is a dynamic playmaker. The best way to get him involved would be to move him around more. The constant movement of him in their offense at different positions will cause defenses to be accountable for him each and every play. And with doing that, you create openings for other players on the team. One player that could benefit even more from Austin's presence is Todd Gurley. The emerging running back played very well last season and is looking to build on what he accomplished. The best way for him to do that is if the Rams have other weapons around him to take some of the focus away. Austin could be just the man to do that. But not only does he have to deflect attention away from Gurley, he has to make plays when put in position to do so. If he is able to do that, then maybe he can live up to the new contract he just received.

Austin is a dynamic player and can do a lot of things on the field. But with what he is now getting paid, the big plays have to be more consistent and less infrequent. He is now the player that Los Angeles will depend on to make some things happen. And with that level of commitment from the team, the bar has been raised. No more will less than 500 yards of receiving be acceptable for Austin. It's time for him to produce more than he has over his career. 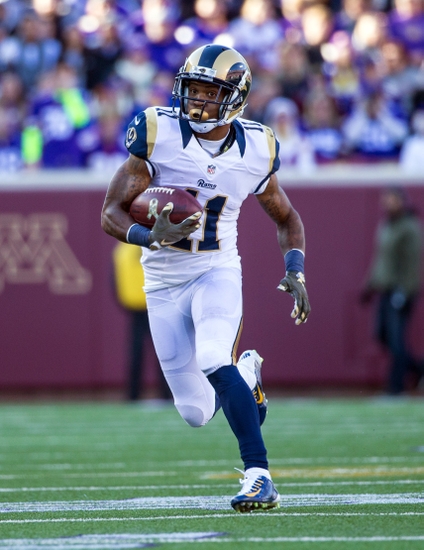