The 2017 NFL All Ski-Mask Way Defense

Just like there is an All-Pro offense, there is an All-Pro defense. Same rules apply for the All Ski-Mask Way team. The top defenders get some love and the less than stellar ones will as well. Once again, we have Dan Dinkins of The Starting 5 Podcast and Talking My Team Network, Kyle Nash of The Student of the Game and NGSC Sports and Khalid Boyd, fantasy sports enthusiast. Let's dive into the less than supreme defenders of the 2017 NFL season. 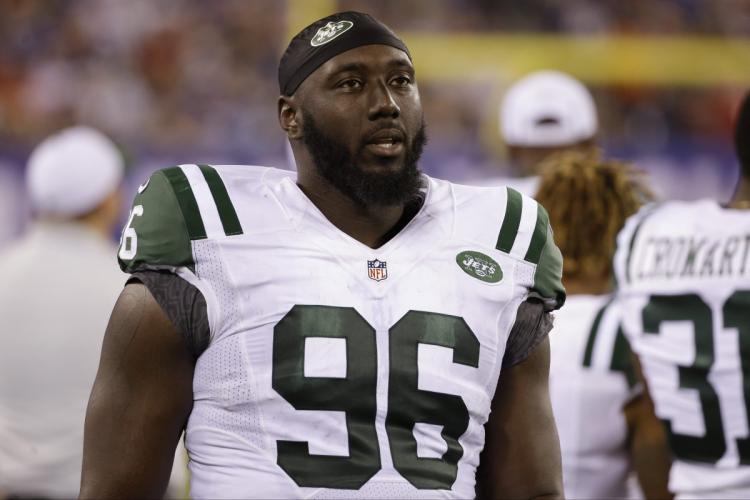 So the Jets were a dumpster fire at quarterback.  That's about as newsworthy as humans breathing oxygen.  But the one plus for defensive players is that it pads your stats since you spend so much more time on the field.  That is, of course, unless you are Mo Wilkerson.  Making off with $10 million in 2016, 4.5 sacks is really low and he only posted 58 tackles.  The defensive end has pulled off such a stupendous caper that there's an APB out on him and his $18 million dollar salary number for 2017. 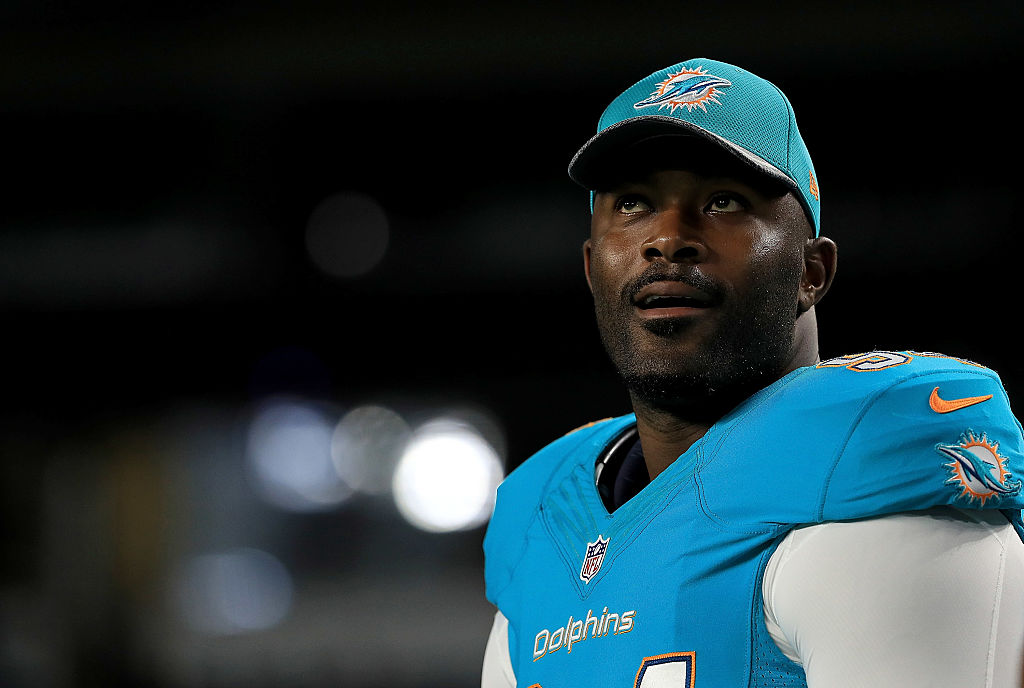 At first one might be inclined to defend him because he's sharing the D-line with Cameron Wake and Ndamukong Suh.  But the only one acting Greedy is Williams as he's collecting $6.5 million dollars for recording only 13 tackles in 2016.  In a division with the New York Jets and Buffalo Bills while also facing the struggling NFC West only accents the fact that he played less like someone in the Madden video game more like a princess in the Super Mario games.  But an APB on this guys as well featuring a $10.5 million 2017 cap number. 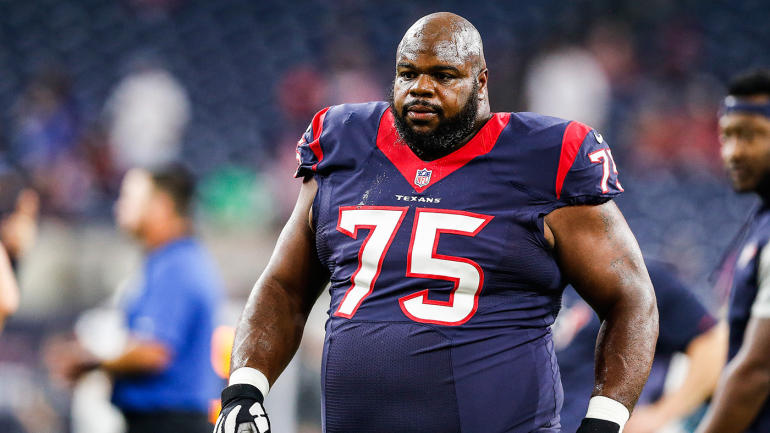 Vince Wilfork is one of those players I'd compare to George Clooney in the film Ocean's 11.  You know at the beginning of the movie he got away with a heist, but you are still cheering for it to happen.  Wilfork has been a devastating force into middle for years and is a big reason Bill Bellichick's Patriots have been to the Super Bowl the first 4 of the 7 times they have been.  It only makes sense that a former Patriots Coach, Bill O'Brien sets Wilfork up for his last big score landing $5.5 for a supporting role in a solid defensive posting only 21 tackles.  No wonder one of the top Googled question regarding the great gap-stopper happens to be "Is Vince Wilfork retired?". 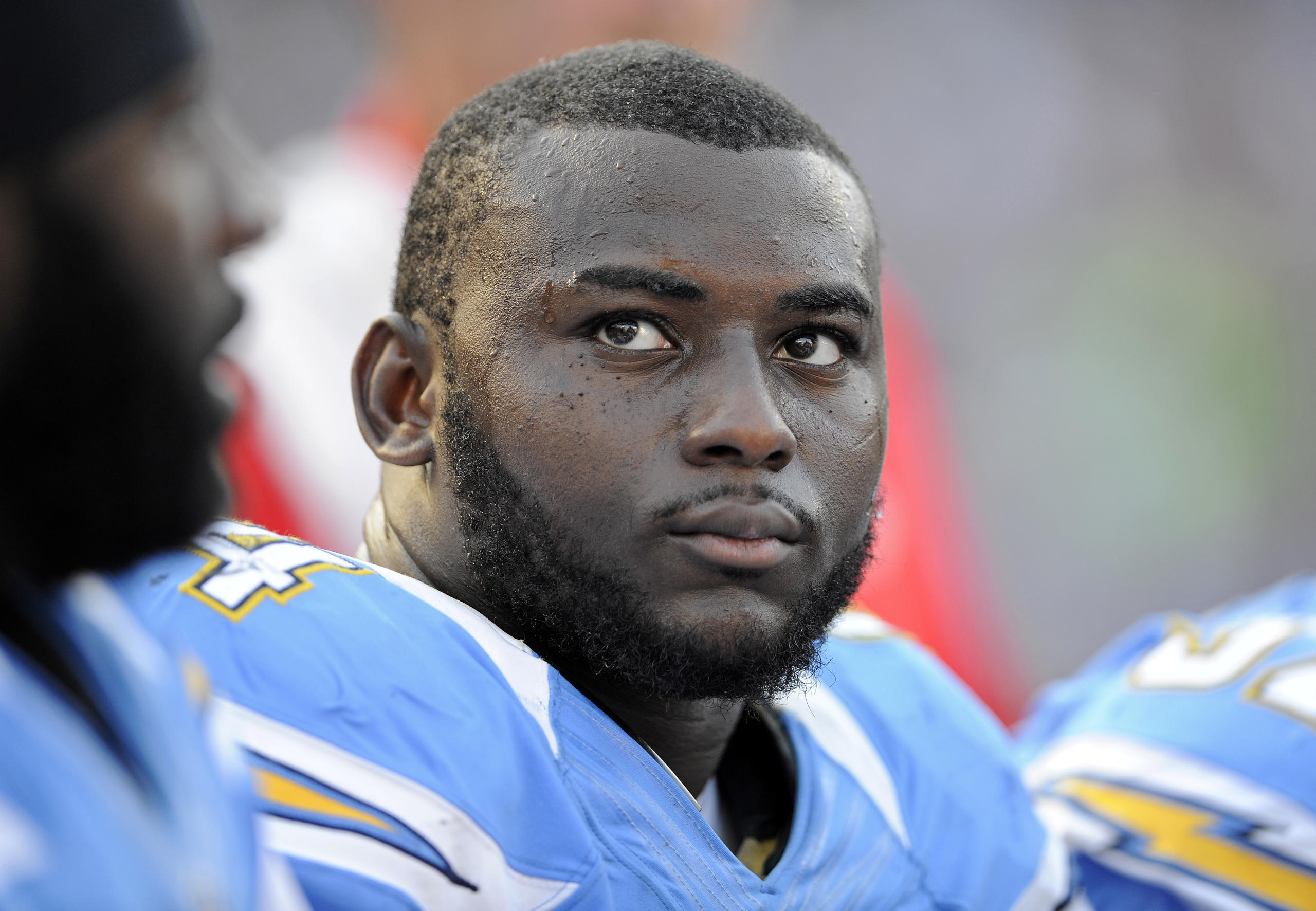 He better be glad that Joey Bosa played well because that helped many forget that he was getting paid $10 million dollars in the interior of that defensive line. Honestly, there are probably plenty NFL fans that forgot he even was in the NFL. The Chargers have to be thinking about how they allowed for Liuget and his agent to bamboozle them into this contract given the return on their investment they got. The Chargers wonder why the city of San Diego did not want to help foot the bill for a new stadium for them to stay in San Diego? Well, this contract is exhibit A. 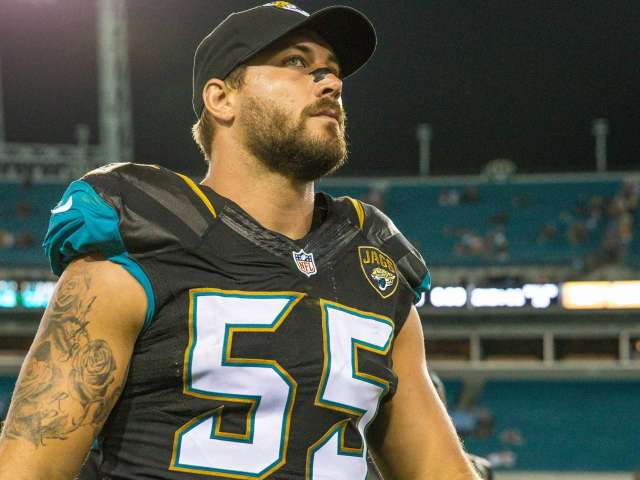 Ol' Mr. Tackle Everything seems to be Mr. Space now.  Performing to the tune of just under 1.5 tackles per game, Dan "Pooper" Skuta helped plenty of people to a fantasy championship by putting up his 49ers numbers(I Kid).  I ain’t mad at you getting your bread, but clearly you leave your bread in the discount production aisle.  Even if he starts every game next season, he’ll already be comeback player of the year!! 200k per tackle!!! That is mindblowing. 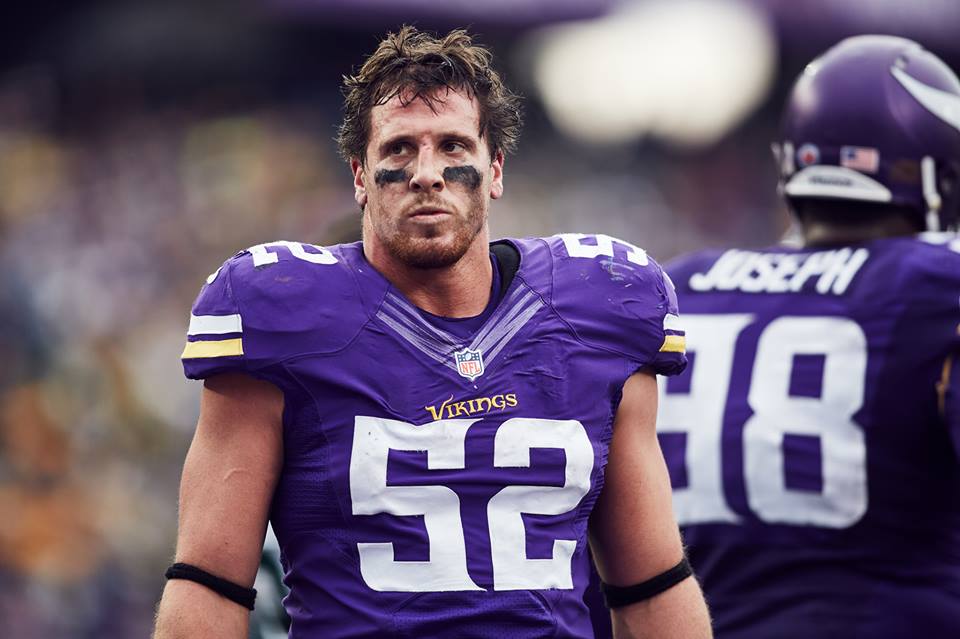 A once feared linebacker for the Minnesota D, this Geico extra has really stunk it up this season.  On a defense that started 5-0, his stellar play led to a 3-11 finish down the stretch.  Normally among the league leaders in tackles and earning every penny he gets, this guy must have said “they owe me this bread and I’m not gonna work for my dough this year”.  Yes Chad, lots of dough made and not enough earned. 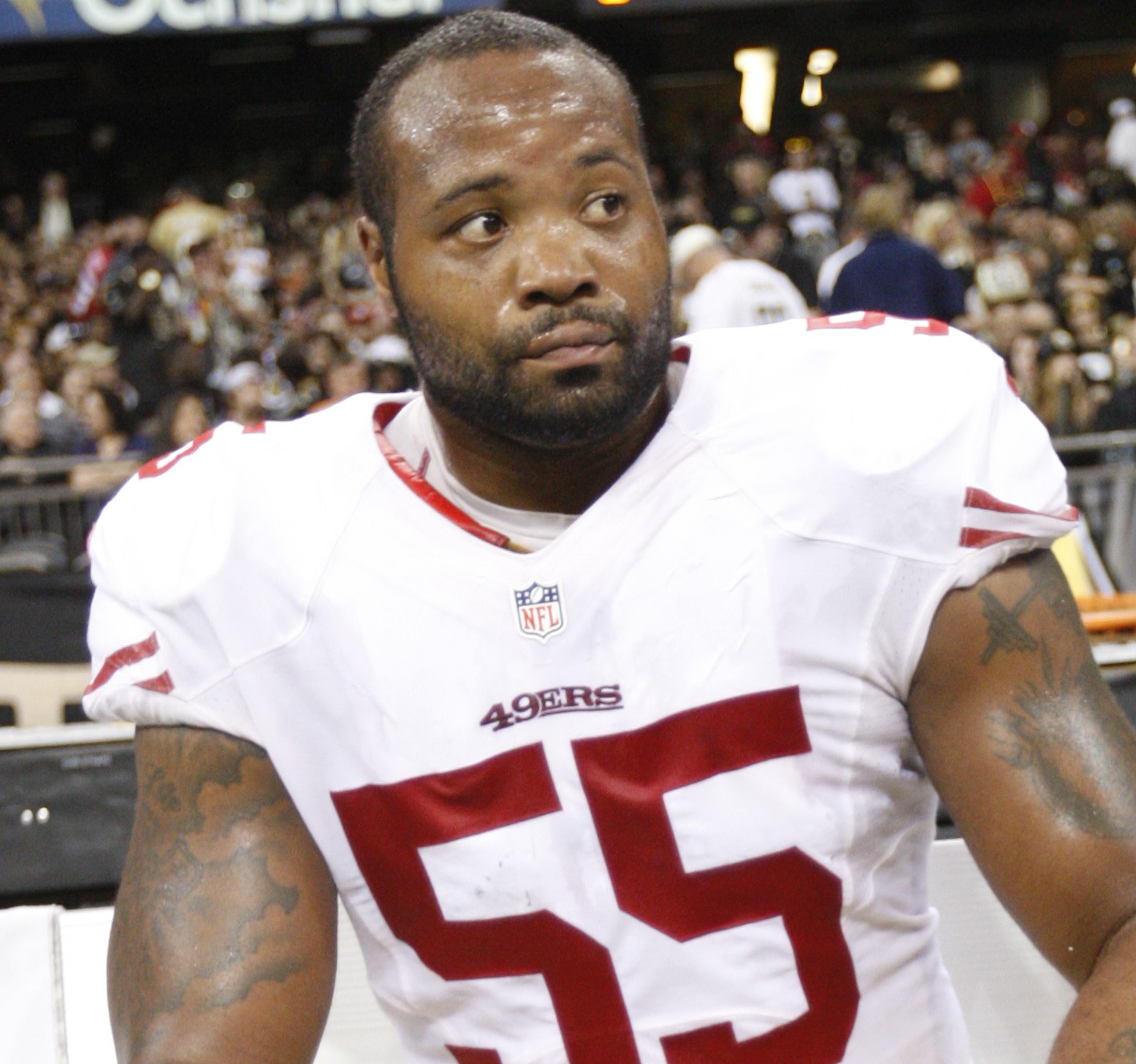 Ahmad had so much promise when he came out and so much promise when he came to the 49ers. But this year, he made money like he was putting it in a tax shelter.  Like he was trying to decrease his adjusted gross income.  Its rare to see falloffs so dramatic. Once NaVorro Bowman went down, ol' Mr. Spotlight shown brightly on Ahmad. And like my daughter during class one of ballet, he didn’t show much.  At 32 this past season, is Ahmad running on E?? Because he is getting Paid In Full. 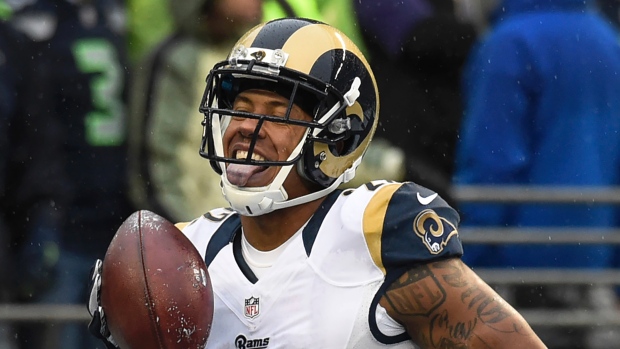 Johnson could not come to an agreement on a long-term deal this past offseason with the Rams and they agreed on a franchise tag that paid him this big contract. Well, the good thing for the Rams is this contract was only a one-year thing. Johnson played nowhere near this contract level as he played for the hapless Rams this season. I cannot ever be mad at a player getting paid. But the Rams surely did not move to Los Angeles to hire actors on the field. And Johnson surely acted like he was a cornerback this season instead of being one in all actuality. 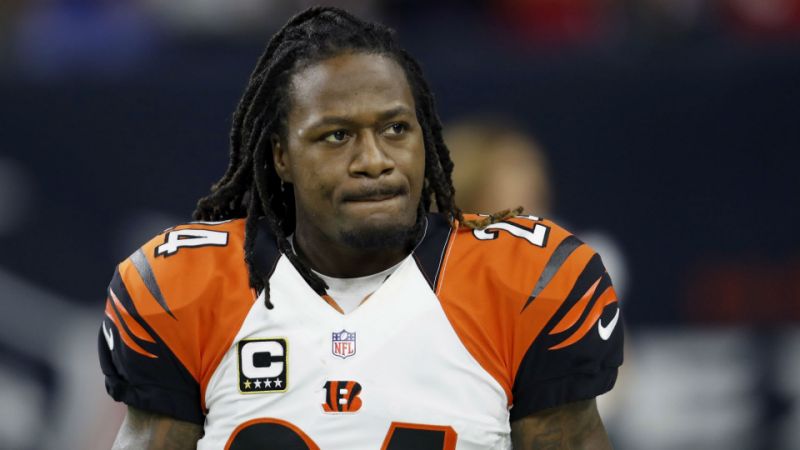 With where Pacman came from in his earlier experiences in the NFL with the Tennessee Titans, you would think he would focus more on making things happen on the field within the whistles and lines. But apparently he still has not grown up. Along with getting beat religiously for big plays, Jones also was good for a penalty at the worst time. All in all, he hurt the Bengals more than he helped them., Maybe if he could play as well as he loves to talk, then he would be the player he thinks he is. 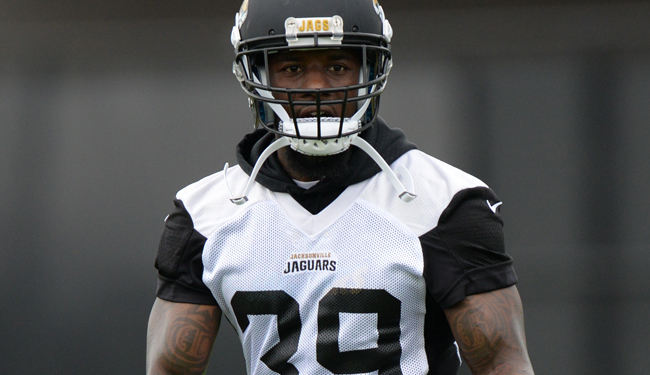 For a safety that gets paid what he has, his numbers pretty much show he signed for that bread! Zero sacks and 1 int tells me 2 things: (1) You were a detriment to your teams defensive success (2) you must have spent a lot of time getting smoked! His performance doesn't say solid safety, it says come score on me if you want to have a ALL Pro performance! 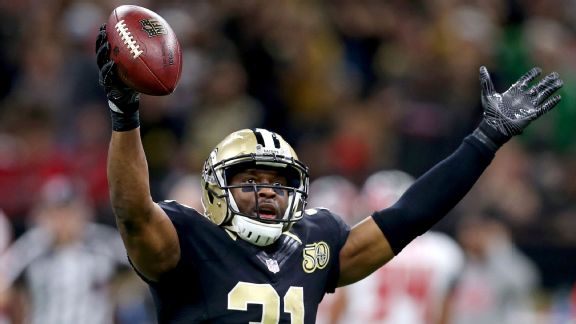 HE GOT PAID TOP CORNER IN THE NFL MONEY! Hey I'm not mad, get your doe! But, you were one reason why your team gave up the most passing yards in the NFL this year(4380 yards). 82 tackles says you were working, but you were the one quarterbacks knew was a weakness. Two interceptions says to me you were not the ball hawk type! New Orleans was never known for defense and with a performance like this, it's gonna stay that way! 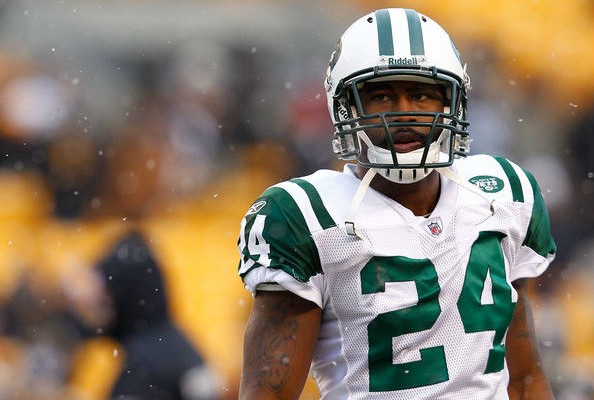 Revis island has officially been gentrified! The mystic of him being this unstoppable cover corner is gone! Hall of Famer? Indeed. But since he returned back to the Jets after his ring with the Patriots, Revis Island has become Staten Island. Revis Island is now a place on the football field that receivers go on and off like taking the Staten Island Ferry! I think he's one more season away from calling it a career!

Apparently, defense was optional for the members of the 2017 NFL All Ski-Mask Way team. And for some of these players, this performance could get them put on the chopping block. They may have gotten paid, but the pay and the play were not even close.