Kanye West is definitely a lightning rod for attention. He has said and done some things that make people scratch their head in confusion and utter disbelief. But when it comes to Kanye and his music, the man is definitely extremely talented. What is even funnier is that Kanye was not even wanted by Roc-A-Fella Records as an artist. Jay-Z and Dame Dash wanted him for his production ability. But after him sneakily putting together his debut album, College Dropout, both Jay-Z and Dash saw what kind of musical talent they had on their roster. Over the years, Kanye has put out good records and people have been tuned in. One thing Kanye has always done his entire career is maintain his uniqueness in regards to his music. Well on his 808 And Heartbreaks album, he definitely made that album stand out more than the others. The album featured a less rapping and more of a singing style for Kanye. One song that was on that album that stood out was "Amazing". The song, which featured Young Jeezy on the track, was released in March 2009 and it ended up peaking at number 81 on the Billboard Hot 100. The song featured Kanye sing-rapping on the track and Jeezy laying down one of his classic verses. Speaking of Amazing, you have to say that it is amazing what is going on in Seattle right now. The Seahawks are looking to make some noise again, but right now they are making some noise that no one thought they would see this offseason.

Cornerback Richard Sherman is ruthless on the field. He is one of the best cornerbacks in the NFL along with one of the biggest talkers at the position. He has been known to say what he feels and be who he is at all times. Of course, sometimes that gets him in trouble, like when he said some things about his team's coaching staff. But even with that, no one thought he was going anywhere. Well, those thoughts can now start entering the minds of everyone. What some thought as a joke is actually reality: the Seattle Seahawks are listening to offers for Sherman. The funniest thing about this whole scenario is Sherman first interpreted this talk as something that was not serious and laughed it off. But now that it has been confirmed by Seattle's management that they could trade him, the organization now has his full attention. While many are still trying to figure out why they would get rid of Sherman at this point in time, there has to be the thought that Seattle is trying to get rid of the wrong guy. If you look at their secondary, Sherman is essential to what they do. Notice they have been trying to figure out who is going to be the cornerback opposite of him ever since Brandon Browner left and have yet to get that question answered. So if they are to move Sherman, who will they get to take his place? Surely Pete Carroll and crew don't think they have a better option whether in the draft or on the current roster that can do what he does. He is, after all, one of the best cornerbacks in the game.

Sherman's need in Seattle is evident. But what is hurting them more than the reckless talk at times is the contract that Sherman has. The veteran cornerback is scheduled to make about $13.6  million next season and in all honesty, that is one huge number to be paying a cornerback, especially for a team that has other big-name players on that defense that they are paying as well. The money on this team seems to be all on the defense and rarely spent on the offense outside of quarterback Russell Wilson, tight end Jimmy Graham and wide receiver Doug Baldwin. With the money the Seahawks are paying Sherman, they could get an offensive lineman or two that could help protect Russell Wilson instead of having him run around for his life every game. Along with potentially getting rid of Sherman to help build other parts of the team, there is also something else that Seattle could be trying to avoid by getting rid of Sherman sooner rather than later. Sherman is going into the third year of a four year deal. No player wants to go into their last season of a deal without having any kind of extension in place. Looking at how the cornerback money is continuing to climb, the Seahawks could be looking at a huge number, especially for a corner looking to potentially make his last big payday (Sherman will be 30 at the end of this current deal). So while some spin this as them getting rid of someone because of his outspoken talk, you may want to look at the financial basics that always are behind potential trades.

Does a trade really happen and does Richard Sherman leave the Seahawks? It could potentially happen. The Raiders could use him, especially with the deep pockets, picks and potentially a lineman that Seattle could use. But in reality, it is not very likely that Seattle trades Sherman anywhere. So expect Sherman to continue to be the outspoken player that he is because why should he change? Being who he is has gotten him to where he is now and will continue to carry him going forward. So don't read too much into the Sherman talk causing ripples because of his attitude. Under the surface, this actually could be much more about money than anything. 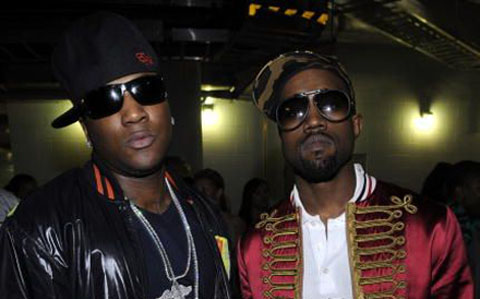