Sean Payton Has Something To Think About

The New Orleans Saints have come a long way since they were known as the Aints. In the last decade, the Saints have won the Super Bowl, been to the playoffs multiple times and have had the most success they have ever had as a franchise. Plenty can give that success and credit to the presence of quarterback Drew Brees. The future Hall Of Fame quarterback has done great things for the organization and been the face of the city in some aspects. But none of that happens without the presence of head coach Sean Payton. After leaving Dallas to head to New Orleans, many wondered how he would do with his first head coaching position. Well, he has not only done well but made a franchise like New Orleans relevant. But of course, good times cannot last always. The Saints have not made the playoffs since 2013. The team is currently in cap purgatory and it seems that things may not even get any better next season. And with all those things circling around this team, there were many that wondered how long Sean Payton would be sticking around. Although his contract is not up yet, there were many that thought he might want to force his way out of New Orleans and have a team trade for him. Now he has since went on radio and said that he plans to be in New Orleans and honor his contract. But what exactly is the best move for Payton at this time?

Payton wants to stay in New Orleans per his words, but that may not exactly turn out well for him. The Saints have not really developed many young players. And for a team that is trying to get better with not a lot of money to offer, there is not enough time there to miss on players that you draft. Along with the misses on players they have drafted, the Saints have also missed on players that they have brought in via free agency. Players like safety Jairus Byrd and tight end Coby Fleener were supposed to be stars that were brought in to New Orleans. But instead of being impact players, these two have been not as good as advertised and have not helped make this franchise any better. This picture of a team that is not ready to compete for a title or a playoff appearance is not one that will have any success going forward. And eventually with the team not having success, the blame will fall on the shoulders of the coach. Payton, whether he likes it or not, is already catching some blame for this team instead of general manager Mickey Loomis. But whether it is fair or not, the reality is that he could get fired or let go with another bad season with the Saints. At that point, he may not get as desirable a position that he wants. If that is the case, then he will probably have to sit out while waiting on something to open for him that he would like to take. And in that case, it could be a year or two or more that he has to wait. Is that something that Payton would want to do? Only he knows that answer, but he seems like a guy that loves the game and loves being around it.

I know Payton has said he wants to be back in New Orleans, but he has a golden opportunity to try and get out of New Orleans. The Saints would salivate at trading him somewhere to get a first-round pick. And for those that think that thought is crazy, then ask the Tampa Bay Bucs how that worked out for them. The Bucs traded for then Oakland head coach Jon Gruden when they could not get over the hump in the NFC. The result of that trade: a Lombardi trophy. Of course the rest of his tenor there was not exactly great, but he did bring them that elusive title. Now Payton is not exactly in the same position that Gruden was. Payton actually gets along with his bosses from all accounts, but he would definitely take a look at a job that would fit all he wants. And with a trade or new job, there will be more money thrown his way in the form of an extension. That makes sure he continues to draw money and gets out of a bad situation all in one.  Payton is a talented offensive coach and there are definitely teams out there this offseason that could use his services right now. And I believe that opportunity presents itself this offseason.

It seems like Sean Payton does not know when to let go. He has a city that loves him and a quarterback that is going to be a Hall Of Famer soon. But also, he has a team that is badly constructed with no help coming along. So the question becomes does an attractive job come along or does he end up trying to ride this thing out in New Orleans? If I am Payton, then it is time to go. Get paid more money for the craft that you possess somewhere else. 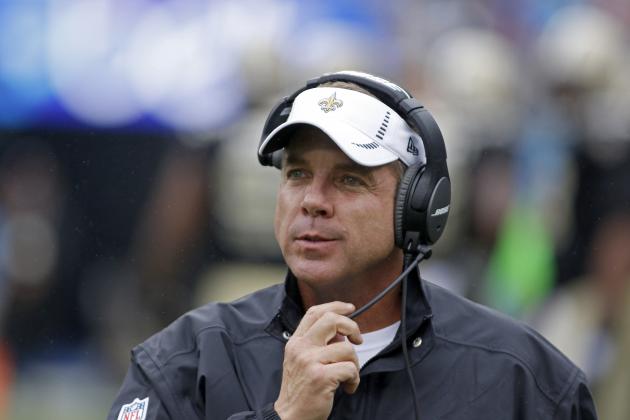