Monday Night Football was as exciting as it has been all season. We had the Seattle Seahawks hosting the Buffalo Bills in what came down to the wire. Both teams were making plays all game long. And in the end, Seattle was able to make more, getting three sacks on Buffalo's final drive and coming up with enough pressure to force an incompletion from Buffalo quarterback Tyrod Taylor on fourth and goal. Of course the game was not without some controversy, as Richard Sherman was involved in two plays that caused a stir. One cost the Bills a field goal and fifteen yards. The other could have given the Bills a first down and goal situation inside the five-yard line. But at this point, those calls that did not happen against Sherman will not change the outcome of the game. And although both were bad calls, the ending happened and revisiting it at this time would be revisionist history. With the win, the Seattle Seahawks are now 5-2-1 on the season and starting to try and gear up for a playoff run. And if you have watched Seattle over the years, they have always had slow starts and strong finishes to the season. But something is different this year.

The Seattle offense has been explosive whether it be through the air or on the ground during the past few years. And that has been key in them making runs and winning games as the season closes and the playoffs arrive. But this year, it seems like something is a little off. The passing game looked solid with tight end Jimmy Graham playing as well as he did when he was a New Orleans Saint. But what hinders the passing game the most is the offensive line this season. If you watch the Seattle Seahawks play, you notice that they are not running the football as well. Some want to say that it is because of the retirement of Marshawn Lynch but those folks have not been paying attention. Seattle's offensive line has been a work in progress all season long and the combination of working in new running backs along with an inexperienced line blowing assignments has given them major issues with continuity in the running game. But not all the issues they are having is in the running game. It seems like every single game, Russell Wilson is running for his life. Wilson is on pace for his lowest touchdown output of his career this season. The reason why is because he has not had time to even look down the field to hit open wide receivers. Combine that with his limited mobility due to leg injuries and he cannot make those plays that he used to in order to cover up the offensive line deficiencies. All in all, the offensive line issues will cause them problems come playoff time should they not find a way to resolves those problems as the season goes on. And the Seahawks also better hope that Wilson is able to stay away from any further injury behind that line as well.

The offensive line has led to a litany of issues with the Seahawks offense, but the defense isn't exactly out of the woods themselves. When watching the game last night, they were flying around making plays. But they were also getting gashed by Tyrod Taylor and Shady McCoy in the running game. Over the last few seasons, the Seahawks have been tough on the run. They have forced teams into predictable down and distances that allow them to pin their ears back and rush the quarterback. But in two of the last three games, they have had issues stopping the run, giving up 100 yards rushing to David Johnson (Arizona Cardinals) and Tim Hightower (New Orleans Saints). And in last night's game, it seemed they had trouble stopping LeSean McCoy, as he averaged four yards a carry. For a team that is usually very tough against the run, that has to be alarming. And while their performance last night against the Bills could be attributed to them facing a quarterback with running ability, the games against the Saints and the Cardinals cannot be attributed to that at all. The fact is that they are not as stout up front against the run as they used to be. And with Michael Bennett out due to knee surgery at this time, we could all see them get ran on some more.

The Seahawks are a good team and will make the playoffs. But they aren't quite as dangerous as they once were. And because of that, they are not the runaway favorite that they were in the past. For their sake, they will hopefully work out their deficiencies. They will be a playoff team again. But I cannot call them a Super Bowl contender with the issues they have. 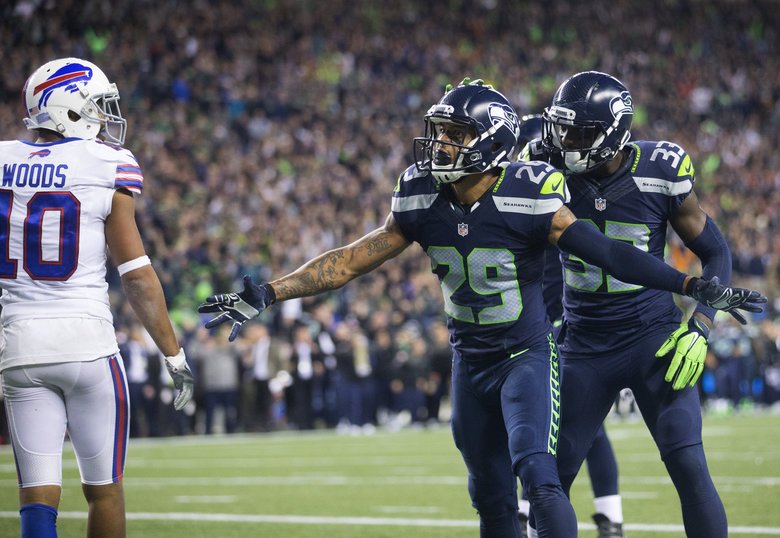