Defense Is Optional For The Saints

The New Orleans Saints started the season pretty rough. They lost their first game at home to start the year and then lost their first road game against the New York Giants. But on Monday night, the Saints had a chance to show the world that they were better than the 0-2 start that they had. There was a lot of energy in the building as the Saints took the field to take on their rival, the Atlanta Falcons. And as the game started, the Saints were right there with the Falcons. But as the game went on, New Orleans was not able to keep up with Atlanta, eventually falling to them 45-32. The crowd was disappointed and the team looked a little dejected. But if you were viewing this game, you can see what has happened to them. They have Drew Brees offensively and he helped their offense put up enough points to win. But unfortunately, their defense has not been able to hold up their end of the bargain.

One reason the defense has not been good enough is because of free agent signings not living up to expectations. One signing that has never panned out for the Saints is safety Jairus Byrd. When the Saints brought him to the team via free agency in 2014, they thought they were getting a playmaking safety that could help their team become better defensively. Instead, they have gotten a guy that cannot stay healthy at all. And along with that, he has only one interception since he has been there. He had 22 career interceptions while playing for Buffalo. Byrd has not lived up to expectations at all. He is not the only player that has done that. But for a team that is that porous defensively, he has to be better. They are paying him to be a star player for them and he has been everything but that.

But along with players like Byrd not producing, there is also the issue of the defensive coordinator. The Saints fired Rob Ryan last season because of the defense and what they did not do. To replace Ryan, the Saints stayed inhouse. They had brought in former Oakland head coach Dennis Allen to help out Ryan and decided that he could be the defensive coordinator to make them better. But unfortunately, Allen has not made them look any better this year at all outside of one game. The Saints have given 30+ points two of three games so far. The defensive scheme has not looked that great. And despite not having all the pieces he needs, Allen still can make those adjustments to make the team look better. After all, he gets paid to make them look good. And honestly, he is looking more and more like Rob Ryan as the days pass. Of course, things can change as it is only game three. But so far, the results are not looking very good for Allen in his tenure as defensive coordinator there in New Orleans.

The Saints will eventually win a game this season. But for them, it will probably not be because of their defense. A lot will have to be on Drew Brees' back to make them a competitive team this year. And if he is off at anytime this year, then they could be embarrassed by whoever they face. The defense has to get better. But unfortunately, there is not much hope for that to happen with what they have defensively and what scheme they are running. 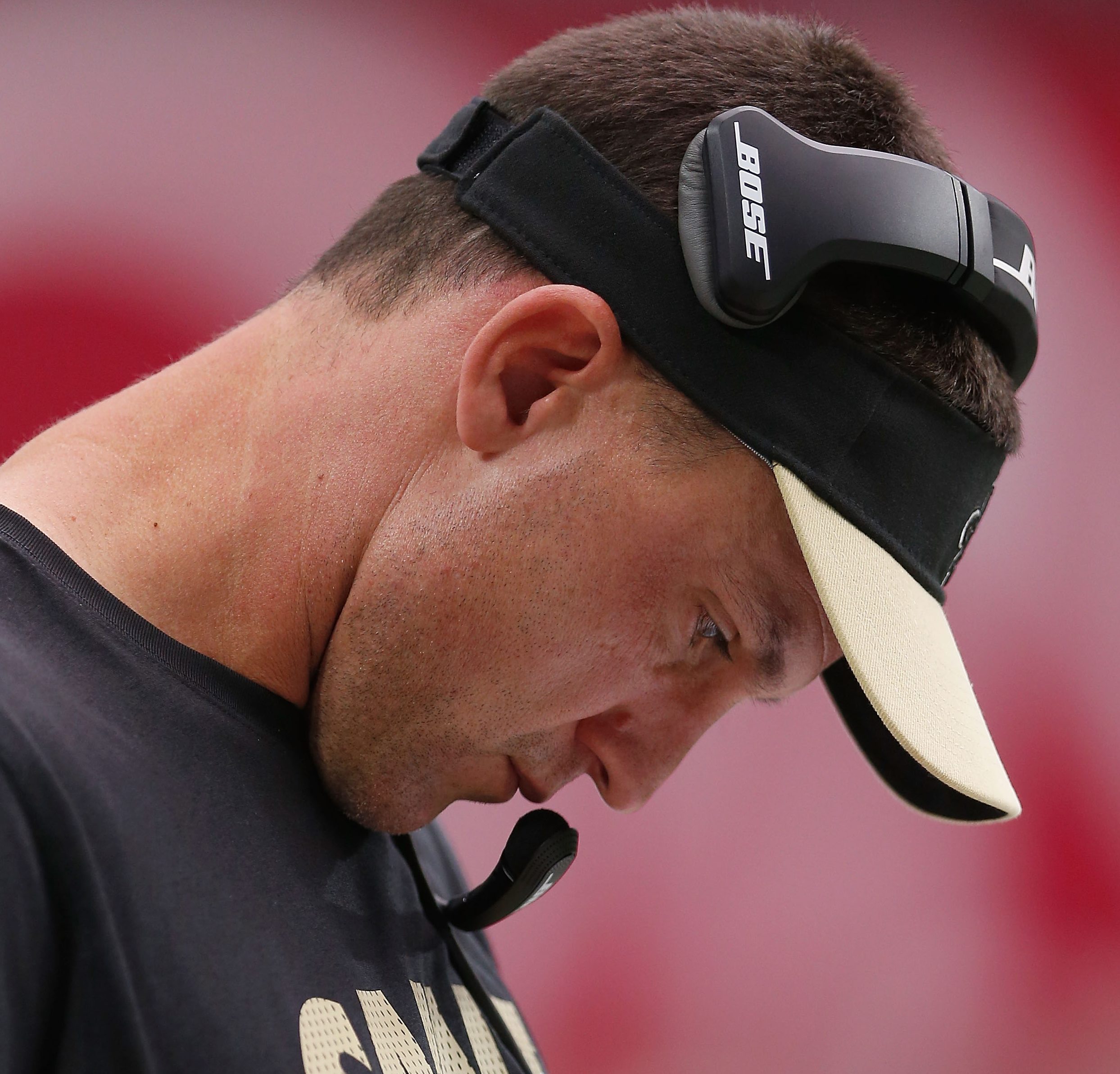