There Is Never A Perfect Time For Change

The Dallas Cowboys did not know what to really expect when they handed the reigns over to Dak Prescott. After injuries to Tony Romo and backup quarterback Kellen Moore, the rookie out of Mississippi State was handed the keys to the offense. And during the preseason, Prescott was excellent, making all the right decisions and reads. But of course, that was the preseason and there were many that wanted to withhold judgement until Prescott had a few regular season games under his belt. Well, after five games, Prescott has been smooth as silk, still making the right reads and also handling all the additional responsibilities that have been thrown his way. And under his leadership and with help from Ezekiel Elliot in the running game, Prescott has helped lead the Cowboys to a 4-1 record, good for first in the NFC East. Of course, Dak has capivated many Cowboys fans and they have not thought about Romo coming back this year (he is supposed to come off the injured reserve at some point with his back injury). Well, Cowboys owner Jerry Jones helped put Romo back on the minds of Cowboys fans when he said that he was hoping to hear good news about an MRI that Romo was going to have and that he would be back soon. Some would think that is good news. But in this instance, it may not be.

Romo coming back would give the Cowboys a veteran quarterback behind center that has experienced a few things in the league. And normally someone who loses their job because of injury would get their job back. But unfortunately, it does not work out that way a lot of the time. A prime example is Colin Kaepernick and Alex Smith. Back in 2012, Smith was the starting quarterback of the San Francisco 49ers and they were a team that many thought had the potential to go to the Super Bowl. But when Alex Smith went down with a concussion, it seemed that many wondered what would happen as Kaepernick took over full-time. Well, not only did Kaepernick do well, but he electrified the NFL. The 49ers changed their offense to feature more of the read option and the explosion they needed was added at the quarterback position. With Kaepernick playing so well as the starter, Harbaugh had a decision to make. He had veteran starter Alex Smith coming back from a head injury and ready to go, but he also had an exciting young quarterback that seemed to give his offense a jolt. Well, Harbaugh decided to stick with Kaepernick and he helped lead them to a Super Bowl appearance where they were one play away from winning a title. In that instance, the young, more inexpensive quarterback won out over the veteran.

The Cowboys situation isn't exactly like the situation the 49ers had, but there are some glaring similarities. You cannot run any read-option things with Tony Romo at this point in time and with Dak you can. And with Romo, you have to always have that worry if that costly turnover happening. So far, Dak has been extremely good with taking care of the football. I understand the loyalty that Jerry Jones has with Tony Romo and I also understand the money that he's paying him. But if he wants to continue to win, then he needs to empower the coaching staff and allow them to keep Dak in there. If Jerry doesn't do that, then Jerry would be hurting his team because they have a chemistry going that is hard to duplicate with someone else in there.

Change is something that can be good and bad. But along with change being good or bad, it can also be totally unexpected. With Dallas, they never saw this change coming at all. But now that it is here, they better look towards what happened with Kaepernick and even Tom Brady when he first got the starting position. Both of those guys were not expected to start and ended up leading their team to the Super Bowl (Brady won his appearance). Now I am not saying that the Cowboys are going to the Super Bowl. But when something is working, you don't change it. Keep Dak in there. Your season could depend on it. 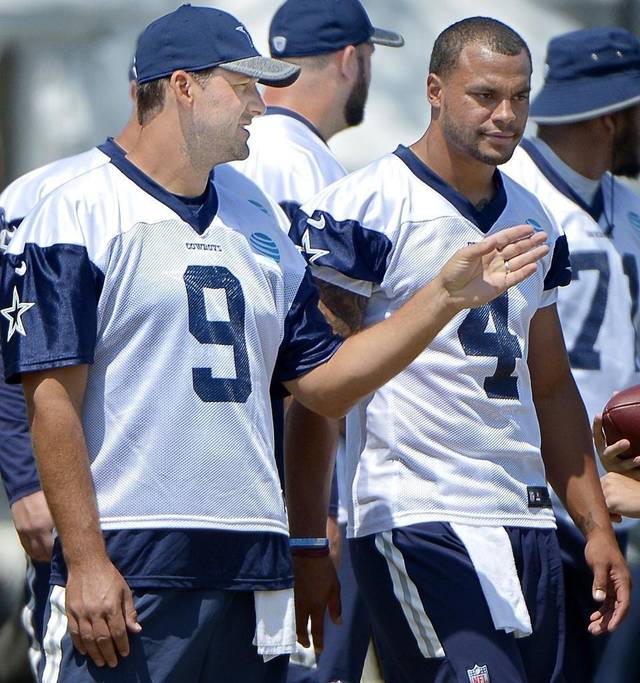