Rob Gronkowski Got Off Easy

The New England Patriots are on the way to another playoff run. Tom Brady is throwing it across the yard and their defense has gotten better since the early-season struggles. As it stands right now, all roads to the AFC title go through the Northeast. Rob Gronkowski is one of the key cogs of the Patriots offense. The talented tight end is a matchup nightmare for opposing teams. He can outrun linebackers and outphysical defensive backs on the way to make highlight reel plays. Those plays usually end up on sports reels across the country for all of us to see, but his most recent play that has shown up everywhere shows Gronkowski in a negative light:

After that play, Gronk was flagged. He then tried to give an explanation but of course no one was really buying it and also his own head coach, Bill Belichick thought it was foolish and it was bull. With what happened, we all knew some action would happen but we did not know what. Well, the NFL dropped a suspension on Gronkowski for one game, sitting him out for the Patriots game versus the Miami Dolphins next week. Some may think that is appropriate for his actions, but in all actuality, this suspension is not enough.

Gronkowski was not thinking about the safety of others when he did what he did. He was frustrated and upset with how things were going and decided to get back at the Bills and one of their players. Whether he felt it was vindicated or not, it was wrong for him to do and he compromised the safety of White when he hit him. The player was not even looking when it happened and the play was over as well. So with that being said, the NFL went light on Gronkowski when they should have been heavy-handed. The NFL has been talking about the safety of the players and has mentioned that with the rules they changed to make the game appear safe. At this point, you have to wonder if they even really mean it or not because Gronk's hit was the very essence of cheap and dangerous. Yet, the NFL just gives him a one-game suspension? He of course has not had a history of this type of action, but just because someone does not have a history of doing something bad does not mean they should not be punished for being bad. The NFL, in this instance, dropped the ball.

But along with the safety rules in regards to the NFL, let's think of the safety of the young man that was hit unexpectedly, Tre'Davious White. The rookie from LSU was someone the Bills were looking at to bolster their secondary and by all accounts, he had been playing pretty well for them. He had just made an excellent play when Gronkowski injured him on Sunday and now we have to wait to see if and when the young man gets back on the field. While there are some that will say "it's just a concussion", those folks need to realize that concussions are serious issues. The impact of a concussion could go beyond missing a game or two. There could be neurological issues that stick with White for a while because of this dirty hit by Gronkowski. And while we are taking a look at those neurological issues, you have to also think about CTE. While that is the extreme case in this matter, that is also something that has to be looked at. Gronk not only put his immediate playing future in question but his future as well.

Rob Gronkowski is a lovable guy to many that watch the NFL. They love his goofy exterior along with his careless fun-loving attitude. Well, in this case, there was nothing funny about what Gronk did unexpectedly to White on Sunday. Gronk got off easy in this situation and the NFL should be ashamed of how light a punishment they put on him. With this light suspension, this ought to tell you about what the NFL thinks of player safety. 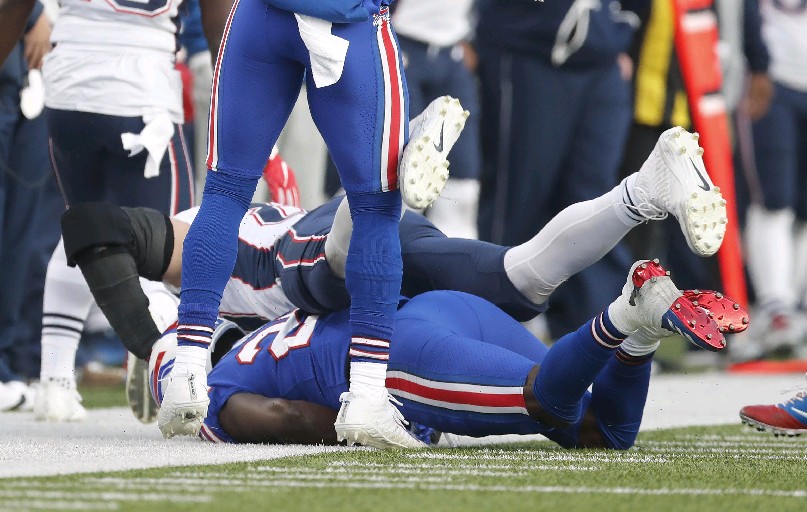