Richard Sherman didn't quite have the season he wanted to. The veteran corner ended up suffering a season-ending Achilles' tendon injury as the Seattle Seahawks missed the playoffs for the first time since the 2009 season. Along with his team missing the playoffs, there were rumblings around the league that Sherman could have played his last season in Seattle. Those rumors came to life when Sherman was released going into the weekend and teams were lining up to try and get a crack at bringing him in. Eventually he only made one visit and that visit locked him up. And ironically, he heads to the team who was the Seahawks main rival for a while in the NFC: the San Francisco 49ers.

Sherman and the 49ers negotiated a three year deal that could be worth as much as $39 million. The reason I say "could" is because it is an incentive style contract. The deal only includes $5 million in guaranteed cash at signing with incentives on making the roster ($2 million), a $2 million base salary, playing time incentive ($1 million) and also he is reportedly guaranteed a base salary of $16 million in 2019-2020. This deal is extremely beneficial for the 49ers because they are not tied into a ton of guaranteed money. If Sherman does not make any of these incentives, they only are out $5 million for the season. The incentive for Sherman to come out and play well is huge for him with this deal he negotiated himself. For Sherman, he joins the ranks of players that have bet on themselves with contracts. The feeling for him is he can be healthy and get all those carrots dangling in front of him with ease. After all, he has confidence in himself and there were not really going to be too many offers that did not have incentives based off the injury he is coming back from.

The contract could be beneficial for both teams, but so can the partnership of Sherman and the 49ers on the field. The one thing that many keep harping on with Sherman is his Achilles' recovery. What many may want to remember is Sherman does not beat teams with his athleticism.  He does, however, beat teams with his intellect and his length, standing at 6'3". So despite what many think about his athleticism being an issue, it was never really the biggest part of his game. As far as his presence, the 49ers will benefit from his leadership and his hunger to be the best. Now that he is coming off an injury, that adds another piece to the already large chip on his shoulder. That means he will probably play even harder to prove all the doubters wrong about him yet again. Along with that, he also has been to a multiple Super Bowls and won one as well. With little to no title experience on San Francisco's team, he immediately becomes a leader of that defense and the team.

The 49ers are taking a calculated gamble on Sherman while he is taking a gamble on himself and what he can do. It will be interesting to see how things pan out. The Achilles' tendon injuries are nothing to sneeze at when it comes to recovering. We shall see what happens, but Sherman surely had to be happy to go to a team that faces his former team twice a year. 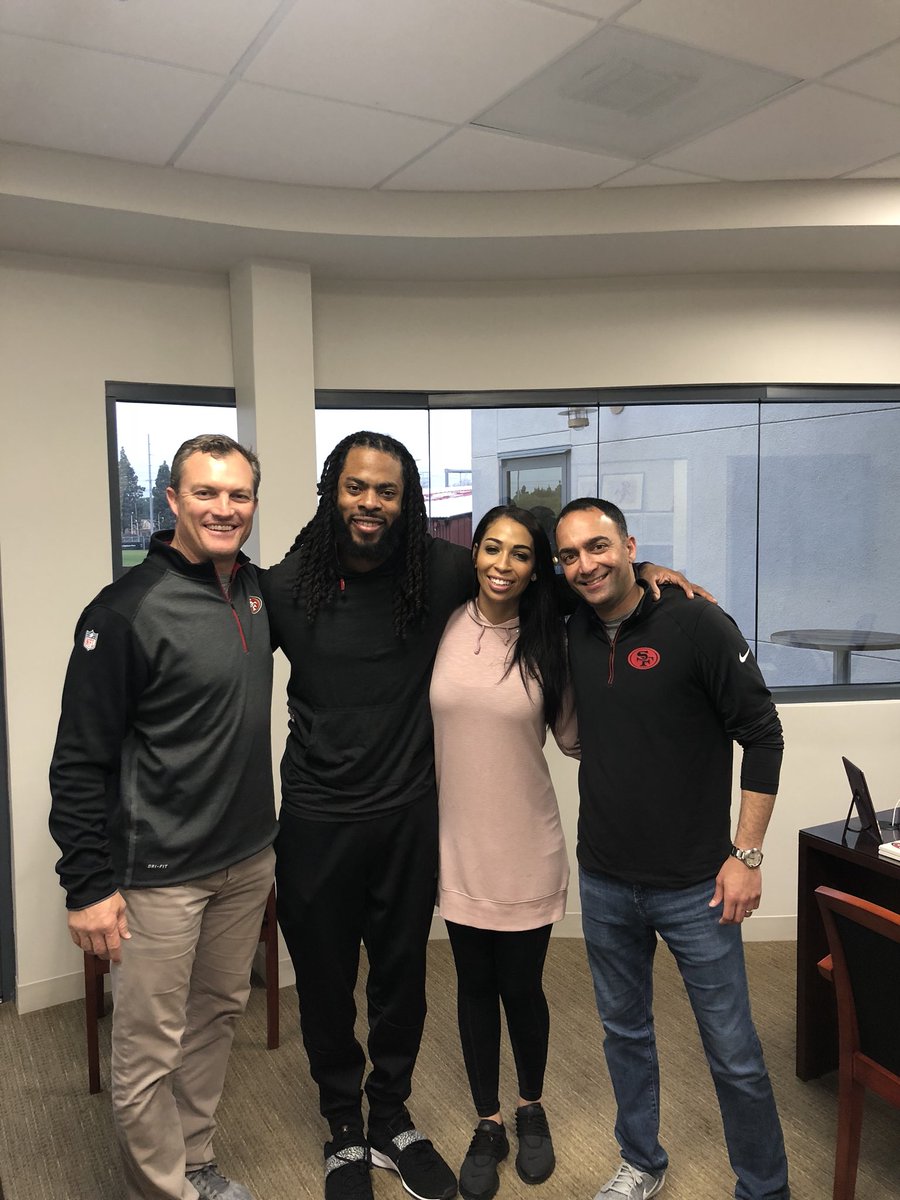