5 places that Richard Sherman could call home next

The Legion of Boom were feared at one point in time. Richard Sherman, Cam Chancellor and Earl Thomas manned that secondary and they seemed to be the heart and soul of that defense. Well, time has passed and the success they had is fading and that means the disassemble of the team has begun. Wednesday, defensive lineman Michael Bennett was traded to the Philadelphia Eagles (deal will be official on March 14th). And along with the news of Bennett being traded, there was some news about Richard Sherman. The veteran cornerback was reportedly telling teammates goodbye in Seattle, signaling the end of his time. The new began to come out that Sherman will be let on in the next two days. With that being said, he will be free to sign wherever he wants to sign. Of course, he is coming off an Achilles' tendon tear, but he is expected to be healthy to start the season. So where does he end up? Here are five potential destinations that could take on the veteran star corner.

The Rams just acquired cornerback Marcus Peters via trade from Kansas City and it is possible they could be looking for a corner on the opposite side of him. In bringing in Sherman in Los Angeles,  the Rams would have a very solid twosome at the cornerback spot. Under the tutelage of defensive coordinator Wade Phillips, this defense brings pressure all game. If they are able to add another pass rusher, then Sherman will start to feel like he was in Seattle still with how the front seven would allow him to make some plays.

Richard Sherman has long been looked at as a guy that studies the game and knows all the nuances. So why not take all those smarts and match up with the Hooded One, Bill Belichick. The defense will be losing one starting corner in Malcolm Butler, so there will be a hole to fill and depending on how much he asks for, Sherman could be the guy to fill that hole. The mixture of zone and man coverage would be perfectly suited for a guy that likes to mix it up and give opposing quarterbacks issues.

More than likely Sherman's former Seattle teammate Marshawn Lynch will not be there, but there will be some familiarity for Sherman in Oakland in the form of former Seattle offensive line coach Tom Cable there in Oakland, where he will be coaching the line there. The insight Cable has along with the need for cornerbacks in Oakland would make Sherman a perfect fit there. Now if they can add even more pieces to that defense, they hopefully won't look as bad as they did last season defensively.

Eli Apple took a step back last season and Janoris Jenkins was not the same guy either. With the addition of Sherman, they get a corner that has been in big games, had big performances and would definitely fit in the Big Apple with his personality. The question is do they want to sign him and take away some money to sign offensive linemen? The window is closings on Eli Manning and the Giants need to make a decision on what way the will pull off a quick rebuild to get them pointed in the right direction again.

The Jets were better than what many expected them to be last season and they have money to burn this offseason. Look for them to make a run at a few different players, but Sherman could actually make them better at the cornerback position, where they will need some reinforcements there at the cornerback positon. Of course being in the Big Apple will help, but he could bring some swagger to the Jets that they have not had in a while.

Sherman will have his choice of teams to go to, but these five could be teams to watch. It will be interesting to see where he lands. 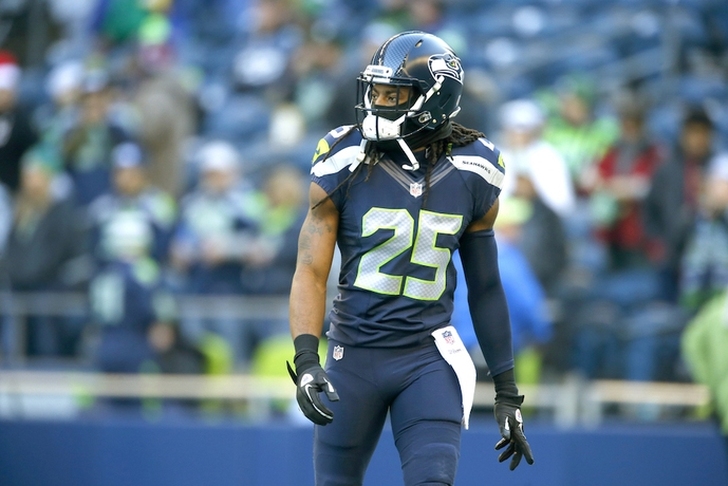