The NFL is a business that can provide opportunities when many don't expect them. Some saw that when Mike Tomlin was unexpectedly named the head coach of the Pittsburgh Steelers. And with his hire, the Steelers are still having success and a threat every season in the AFC. But then there are some opportunities that we don't expect to happen that shock us all. When the Buffalo Bills shockingly hired Rex Ryan as their head coach two seasons ago, many were very perplexed. With how things ended in New York with the Jets, plenty were for sure that it would either be television or a coordinator job for Rex. But to the surprise of many, he showed up as a head coach again in the AFC East with the Bills. Plenty would think he had maybe learned a thing or two since he was getting a second chance at being a head coach. But apparently he did not learn enough from his first time around. After two seasons with unsatisfactory results in Buffalo and with the season finale left this weekend, the Bills decided they had enough of Rex as their head coach. Along with Rex getting fired, the organization also let go of his twin brother, who was an assistant on the team. And now the Bills will move on to find Rex's replacement. But in what most think will be Rex's last coaching job, what was his downfall as a head coach?

The Bills this season were a sheik pick for many to make the playoffs. And one reason many felt their should be able to make it was their defense. With the Bills having Rex Ryan as their head coach, their defense should be good right? Well, it was not as good as many thought it would be. The Bills gave up 23.7 points per game in 2015. They were giving up plays, but it was expected that they would get better with another season of Rex's system under their collective belts. Well, all that hope was let out like the air out of a slow balloon this season. Rex's defense got worse than it was the previous season. The points per game went up another two points per game and the defense still seemed like they were not on the same page on the field. For someone who got his first head coaching job in the NFL after being a defensive coordinator, that was something that was sorely disappointing. The defense looked overmatched at times as well and they also looked to lose control in regards to how they showed their frustration on the field. When you are known as a defensive guy mostly, there should be no way that happens. That should be one side of the ball that no one has to worry about, yet Rex could not get it figured out well enough to make sustained success and organized terror happen.

But along with the defense not being together, the offense not consistent as well. You would think that at this point in his second assignment as a head coach, Rex Ryan would have it all together there. But that was definitely not the case when Ryan got there. He went out and assembled an offense that was better than what he had in New York and still was not able to produce a better offense than he had in New York on a consistent level. The offense was at times predictable and it was also an offense that looked to not have much flavor and versatility at all. Stop me if you have heard this story about a Rex team before. Rex Ryan has never had a really good offense in his tenure of being a head coach anywhere. And while some will probably talk about the lack of players or the lack of continuity, the real question has to go to Rex on this offensive ugliness. Rex's offenses routinely have a good running game, but Rex has to learn to use the forward pass consistently. Putting games on your defense is something that is not conducive to wining football games on a consistent level and Rex has yet to learn that. And in trusting that type of philosophy as a head coach, that means you may as well start writing your resume again.

With him being fired from this job, many hope that they do not see Rex Ryan as a head coach ever again in the NFL. Although he supports his players and takes a lot of the pressure off his players by saying or doing outlandish things, he simply is a defensive coordinator masquerading as a head coach. And today, that mask was removed and it was revealed to many what he is on the sidelines. Rex Ryan should not ever be a head coach again after what his last two stops have showed us. He may put together a good defense if he is able to focus on just that side of the ball and not everything else. There are some coaches that are meant to be CEOs and he has proven that he cannot handle the CEO title on the sidelines. 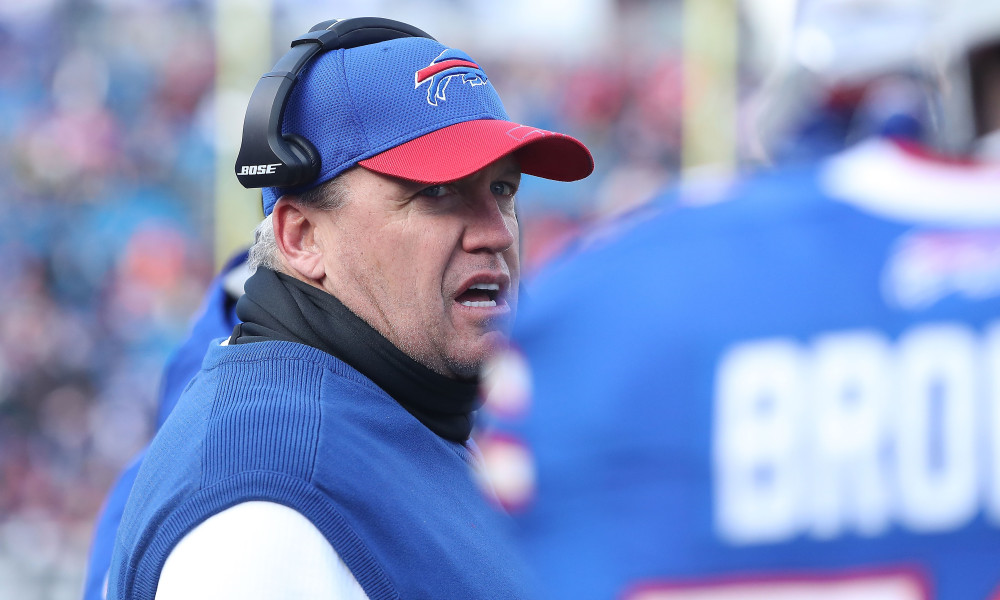