Reggie Bush On The Verge Of History

Reggie Bush was thought to be the next great running back coming into the NFL when he was tearing it up at USC. He could get to the corner with his electrifying speed and could hit holes with his quickness. And in the open field, he was dangerous because of his ability to cut on a dime. Add in that he could also line up in the slot and catch the football out of the backfield and he was unlike anything many had seen coming out of college at that time. And there were plenty that were speaking of him like he was destined to make the NFL Hall Of Fame and do some great things in his career. The New Orleans Saints were the team that believed all the hype that Bush was receiving and took him with the second pick overall in the 2006 NFL Draft. Great things were expected from Bush, but he never reached that stature that many expected. He moved on from the Saints and was traded to the Dolphins. Bush would later play for the Lions and 49ers before landing where he currently is now as a backup running back for the Buffalo Bills. Plenty thought Bush would break records and not hearts with his performances in the NFL, but not his performance is now going to potentially earn him an NFL record.

Reggie Bush has not done much on the football field this season. In fact, he is lucky to even be in the NFL at this time. After tearing his ACL slipping out of bounds versus St. Louis last season, plenty thought he may be done for his career. But when the Bills cut Karlos Williams after he had some issues off the field, they reached out to the 31 year old running back and signed him to a deal. He has been out there this season for them, but he has not gotten much of an opportunity because of the commitment the team has to running back LeSean McCoy. But even with the limited opportunities he has had, there has not been much production at all. Bush has run the football a total of twelve times for negative three yards. Yes folks, Reggie Bush has not gained any yards in the NFL, but he has given back yards to the opponents. And if he does not gain a yard this weekend, then he will go down in the record books. Bush would be the first running back with at least ten carries in a season that did not gain a yard. Amazing that he is up for this record with all the hype that he had coming into his career.

While Bush has every right to earn a paycheck in the NFL, this year has clearly shown us that what we all knew: he has nothing left for the NFL. And to be reduced to a record no one wants to have is something that no one expected to be attached to his name. To have this potential record attached to his name has to have Bush feeling some type of way. So for this weekend, the Buffalo Bills need to do something for Reggie. The Bills have already been eliminated from playoff contention and this game literally means nothing for them. So, why not let Reggie Bush run the football more in this game? Let him run the football ten to fifteen times if he is able to do so. And hopefully in those runs, he can collect over three yards rushing and keep himself from achieving a horrible record in an even worse fashion. Then maybe after he attempts to avoid this record, Bush will finally take the time to decide to retire. At this point, plenty probably thought that he was retired from the NFL because his name has not been mentioned much at all. But it is time for him to let the game go. He may not have had the type of career he wanted, but the good thing would be is that he has a championship ring and made lots of money, which is what plenty players would love to do.

Reggie Bush has been around a long time in the NFL. And for some, he has probably been around long enough. But if this is to be his last game in the NFL, he certainly does not want this record to be attached to his name. He may not have met expectations that many had for him, but this is one that would leave a stain on his career that cannot be erased from record books (unless someone has a worse performance). Anthony Lynn, EJ Manuel and the Bills organization, get Reggie in the game and give Reggie the football. He surely would appreciate it. 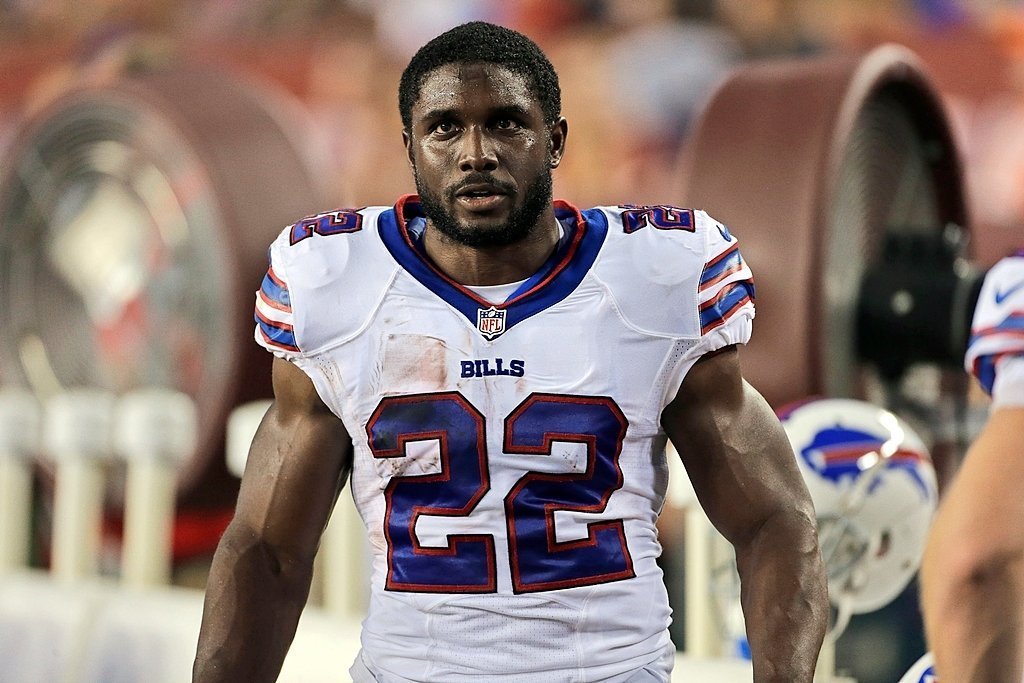