The Patriots Keep On Moving

Soul II Soul was a collection of artists from over in Britain back in 1988. When they first formed, that was when their first success was reached. All three of their first songs on their debut album, Club Classics Volume One, featured different vocalists leading the track. The first two songs had moderate success, but the song with Caron Wheeler was the one that broke them through to everyone. "Keep On Movin" was released in March 1989 with Wheeler singing the lead. And with that track would invade the United States, reaching as high as number 11 on the Billboard Hot 100. The group would have one more single, "Back To Life (However Do You Want Me) with Wheeler as the lead vocalist come out after "Keep On Movin" and continue the success of the group, charting as high as number four on the Billboard 100. But the success of "Keep On Movin" paved the way for the group to get some notoriety. Just like the success of one song created more success for the group, so did one ring and a successful season back in 2002 start a successful run for the New England Patriots. As it stands now, the Patriots reign over the NFL has been well-documented and with the latest ring, many are trying to put them up there with one of the best franchises in sports. But if you notice their offseason moves, you can definitely say the Patriots are looking to move into next season and keep things headed in that winning direction.

A lot of NFL teams seem to get happy after they win the title. As far as the Patriots, they have had those moments as well. They have missed the playoffs after winning a title before. But this offseason with some of the moves that they are making, New England is putting themselves in position to contend once again. Defensively last season, the Patriots had starting corners Malcolm Butler and Logan Ryan. Even though some slight both of them as a duo, they definitely played well within the defensive scheme of the Patriots and gave teams problems. But Ryan was a free agent this offseason and the Patriots had to make a choice. Instead of them trying to pay Ryan, the Patriots did something that is unconventional for them: spent big money on a free agent. The Patriots went and signed one of the top corners on the market, Bills cornerback Stephon Gilmore, to a five-year, $60 million deal with $40 million guaranteed. In Gilmore, they get an elite level corner going into his prime. If they are able to keep Butler with him, then that is an even better combo than last season. But if not, then you still have got a really good corner under contract that teams will avoid. Gilmore wasn't the only key defensive move the Patriots made. New England also had to replace Chris Long and look for a pass rusher. Well, they found a very good trade partner in Carolina and managed to get one of their best pass rushers, Kony Ealy. The Patriots only had to get rid of their 2017 second-round pick and obtained a third-round pick in this year's draft in the trade along with Ealy. This move gives them someone that can come in and add some explosion to their pass rush that they were missing going into next season.

As good as the Ealy and Gilmore deals were, those were not the only moves that were made. The offense of the Patriots, for as good as it was, needed some tweaks as well. Many wondered what the Patriots would do with the tight end position and Martellus Bennett. The free-agent tight end helped replace the loss of Rob Gronkowski with his veteran savvy and dependability in the passing game. But instead of bringing him back, the Patriots got younger at the position for a cheaper price. Starting Indianapolis tight end Dwayne Allen was traded from the Colts along with a 2017 sixth-round pick for the Patriots' 2017 fourth-round pick. The trade gives the Patriots a cheaper option at tight end. He also gives them a tight end that can stretch the field and block just like Bennett did for the Patriots last year. But that was not the only move the Pats made to get better. Wide receiver Brandin Cooks had been reportedly on his way out of New Orleans one way or another. He reportedly wanted to get more touches and opportunities and did not see it happening as a member of the Saints. So the Saints put him on the trading block and although many teams were interested, the Patriots ended up pulling it off, giving the Saints their first-round pick in the upcoming draft. With his addition, the Patriots add a young wide receiver with elite speed to take the top off defenses. His addition means more things that will open up underneath for all those guys that run those underneath routes like Julian Edelman. The Patriots got more explosive and saved money in the process offensively. Now the question is what do they do at running back since it is thought that they will let LeGarrette Blount go in free agency. They agreed to terms with former Cincinnati Bengals running back Rex Burkhead to add to their versatile array of backs, but you have to think there is more in store there.

The Patriots have headed into this offseason believing that complacency is the enemy of success. They have brought in new blood that is eager for success and combining that with what they have should give them a great chance to repeat as champions. Whether we love or hate the Patriots, one thing cannot be denied. They always find a way to make a good deal and very rarely do you hear of them making a bad deal. That's what is to be expected when you have one of the best front offices and evaluation teams in the NFL. 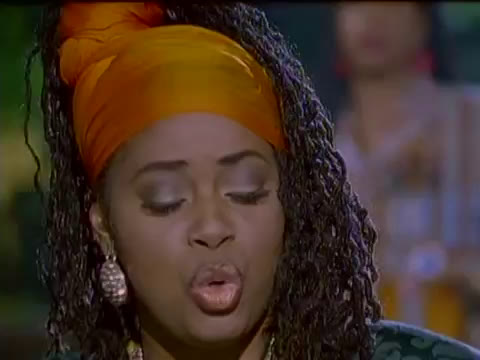