Do You Really Want A Patriots Assistant As Head Coach?

The New England Patriots are one of the best-run franchises in the NFL. They win consistently, scout players well and make the tough decisions on who to sign and who to let go with ease. They undoubtedly have one of the best coaches of all-time in Bill Belichick and they are always in the running for the Super Bowl. Life is good in New England. With any success though, there is other teams that pay attention. With any success though, there will be those that try and poach your players and your coaches. Such has happened numerous times for Belichick and crew, as over the years he has lost assistants to the college and pro level. This season, he has two that are reportedly being looked at for head coaching jobs. Offensive coordinator Josh McDaniels is up yet again, as he one left New England for Denver his first time around with the Patriots. The other assistance up for a potential head coaching job is defensive coordinator Matt Patricia. The unheralded defensive coordinator is finally starting to get more attention and it seems like he may leave this time. With all the success of Belichick, you would think his assistants have more success. Well, the real story is that none of them have really had any success on their own at all and that has to be one of the more confusing things in sports.

The Patriots assistants always look like geniuses when they are with the Patriots. But when they leave, they always seem to falter. Remember the disastrous tenure of Romeo Crennel in Cleveland or the journey to Notre Dame Charlie Weis took? Both benefited off the success in New England but could not figure out how to sustain that success on their own. One reason Crennel was not able to succeed was that he went to one of the worst-run franchises in the NFL. Along with that though, he made some interesting choices when it came to crunch time. As far as Weis, he may have had a little sliver of success at Notre Dame as head coach, but it seemed like what he wanted to do and what actually happened did not translate to the college level. Both failed miserably and now one is back being an assistant while the other is nowhere to be found on the coaching scene. While Weis isn't coaching, one thing you can say is that his agent worked his contracts well. He still got paid by Notre Dame after he was let go by the school.

The things that these assistants wanted to do and what they actually did has not really worked out well. While they have all tried, almost all of them have failed to make their own mark on their own. What this says to me is that they really weren't being mentored by Belichick, but that he was running the show. All of his former assistants maybe took notes, but when it comes to making those adjustments to their systems, they always fall short. The adjustments that were made were obviously made by Belichick. It speaks to how much control he has over everything that happens on the field and how little control the assistants in New England have. For these coaches to be more prepared, Belichick is going to have to let them coach. Instead of doing that, he has his hands all over everything and refuses to let that grip slip any time soon.

Matt Patricia may be mentioned among many teams for a head coaching job, but if I were the group in charge of getting the new head coach, Patricia would not get a serious look. He may be the defensive coordinator, but you have to wonder how much Belichick has to do with all the schemes and setups. Patricia may even come in next year somewhere and be successful. With all that being said, there has always been that initial surge of good things and then reality sets in. Belichick is a great coach but he has trouble letting go apparently and it shows when his assistants become head coaches. 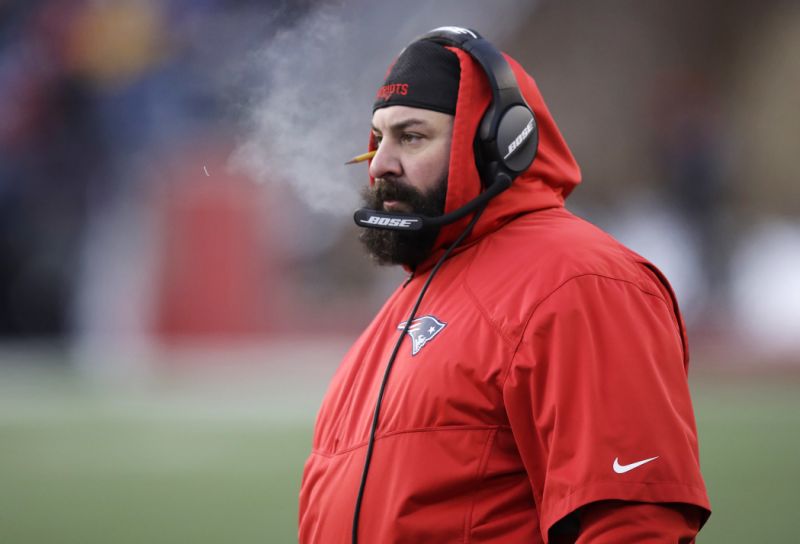