The Kansas City Chiefs are headed to the playoffs. Sounds like a broken record if you are a Chiefs fan because Andy Reid has been getting them there consistently. The way the Chiefs did it this season was especially interesting. They started off the season being explosive offensively, even throwing the ball deep with Alex Smith. But after the hot start, they reverted back to their usual mode of operation, throwing short passes and the dink-and-dunk passing game. After that type of play led them to a slide, Andy Reid stepped out of the way and let someone else call the plays. The results were their offense got back on track and the Chiefs clinched a playoff spot. Heading into this week, the Chiefs really cannot do much to damage themselves when it comes to the playoffs. So at this point, the Chiefs had a decision to make. Were they going to play Alex Smith or rest him in favor or rookie quarterback Patrick Mahomes? Well, the decision has been made and the Chiefs will be giving Alex Smith a Sunday off.

When the Chiefs drafted Mahomes, there was some grumblings as to why they drafted him so high. Were the Chiefs planning on moving Alex Smith before the season or were they grooming his successor? Well, the jury is still out on when Mahomes will take over, but for one game, he will be the starting quarterback in Kansas City. With him comes one thing that Alex Smith has never had: a strong arm. While smith has been able to get the ball down the field more this season, he historically has not had that strong of an arm. That has led to the Chiefs offense being stifled some because of the field being shrunk. With Mahomes, the whole field is in play. The rookie has the kind of arm talent that quarterbacks can only dream of, as he can throw it on the run with zip and he can also make some uncanny throws look easy. While the arm talent is great, the discipline of the arm talent is still developing. Entering the NFL, Mahomes trusted his arm talent just a little too much. In college, he would often throw passes off-balance and at crazy angles, resulting in incompletions and bad interceptions. After a year of tutelage under Andy Reid, it will be interesting to see how much he has improved on his decision-making and how Reid utilizes his arm.

Everyone knows this start will more than likely be his only this season, but what if he has a good performance against the Denver Broncos? Could a good game from him raise some questions about Alex Smith starting in the playoffs? For those that think this is not possible, you may want to check out the situation that happened between Rob Johnson and Doug Flutie in Buffalo. Flutie was the quarterback of that team and helped them make the playoffs that year, but in the final game of the season, then Buffalo coach Wade Phillips sat Flutie in favor of Rob Johnson. The backup quarterback would have his best game as a Bill and after flirting with him as the starter the previous season when they gave up a first and fourth-round pick for him, the ownership felt that performance in a meaningless regular season finale was enough to pull Flutie for Johnson in the 2000 AFC Wild Card game versus the Tennessee Titans. Johnson had a pretty subpar game as the game which is more remembered for the Music City Miracle will have many forgetting. One could argue that Flutie could have won that game for them, but that would be revisionist history at this point. Mahomes, like Johnson, has superior arm talent to Smith. The veteran Smith is the better quarterback at this point in his career, but it could also be possible that the Chiefs get drunkenly in love with Mahomes on Sunday afternoon.

The start for Mahomes is one that could really not mean nothing at all. It could show the Chiefs a glimpse of their future at quarterback. Along with that, it could show them what Mahomes has worked on during the season. While Mahomes likely won't see any other action besides this in the playoffs, it is possible that a Rob Johnson situation could come about. If it did, it would only speed up the process of Mahomes taking over in Kansas City while opening up Andy Reid for a ton of criticism. We shall see how he plays this Sunday in place of Smith and then the watch to see how his play is handled if he plays well. It could be interesting. 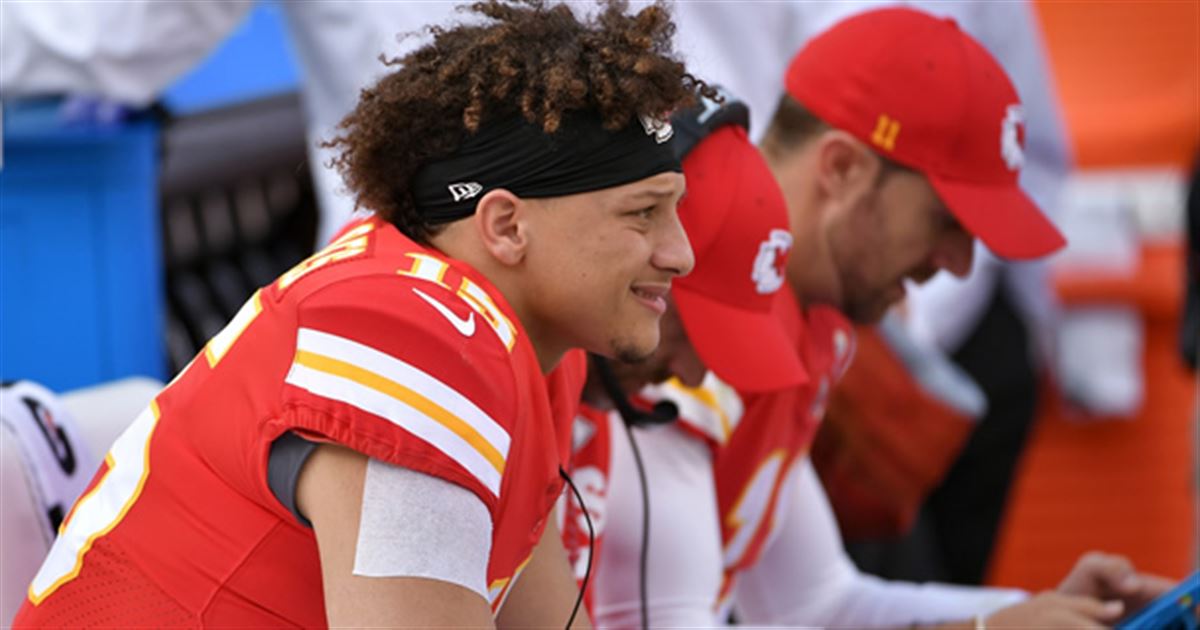