The Green Bay Packers did what some thought they could not do last week. The Giants were picked by many to beat them in Green Bay and the Packers were having none of it, as they dominated the Giants on an incredibly cold day and night in Green Bay. But when one challenge goes away, another one presents itself. And in this case, the challenge was the Dallas Cowboys. The number one seed in the NFC had a great season behind a ferocious defense and an offense led by a powerful offensive line and two star rookies in quarterback Dak Prescott and running back Ezekiel Elliot. The Packers were once again not given that much of a shot to win the game. The fact that they were on the road this time against a team that had seemingly everything to damage the Packers did not bode well for Green Bay. But instead of falling prey to the thoughts of many, the Green Bay Packers simply went to work. And under the guidance offensively of Aaron Rodgers in clutch time, the Packers were able to get in position to kick the winning field goal. And with that winning kick by Packers kicker Mason Crosby, the Packers punched their ticket to the NFC title game. But how did they make it happen?

Offensively, the Packers have been very explosive in the passing game. Aaron Rodgers has been torching teams with the excellent play of wide receivers Jordy Nelson, Randall Cobb and Devante Adams. But in this game, Adams looked the way of another position group on this team. That position you may ask: the Packers tight ends. The Packers have two tight ends that teams have to worry about in Richard Rodgers and Jared Cook. Rodgers is the more physical of the two, but he also can run routes and make things happen in the passing game. And in this game, he made his only reception in the game count for something. Rodgers ran a double move that found him behind Dallas linebacker Sean Lee. And with a precision pass that went right between Lee's helmet and right arm, the Packers scored their first touchdown of the game. After that Rodgers to Rodgers connection, that's when Jared Cook started to take his turn as the primary weapon for Rodgers in the passing game. Cook repeatedly attacked the Cowboys downfield and caused problems for their linebackers and safeties. No play was more memorable that the last catch he had on Sunday. Aaron Rodgers was scrambling around when Cook broke open deep on the left sideline. Rodgers launched a pass that would have normally carried anyone of Cook's size out of bounds. But instead, Cook was able to drag both his left and right foot and haul in the 36 yard reception that would eventually lead to the game-winning field goal from Crosby. All in all, the Eagles were able to take advantage of a weakness in the Cowboys defense: their secondary. And in some instances, they were able to take advantage of the Cowboys linebackers in coverage.

The Packers were effective in the passing game with their tight ends and that was an obvious thing. But what wasn't so obvious was their use of the running game. The Packers have had struggles in the running game all season long. The first reason they had struggles there was the injuries at the position. James Starks and Eddie Lacy were slotted to be the guys to man their running game this season. But instead of doing that, they got injured early on and were never really that much of a factor. So with Lacy and Starks gone for majority of the season, the Packers made an offensive adjustment and went with wide receiver Ty Montgomery as a running back. Imagine seeing number 88 running at you in the backfield. There would definitely be some confusion going on there for both Montgomery and teams facing him. But as the season, he got better there and became the starting running back. Plenty questioned his vision, but those question are dying down now. Montgomery had some solid runs as he ran for 47 yards on eleven carries. That may not seem like much, but he averaged over four yards per carry . And the Packers as a whole averaged over five yards per carry. That was huge because it at least gave some semblance of balance against Dallas' defense.

The Green Bay offense did some things, but so did their defense. One thing that was talked about a lot coming into this game is how would Green Bay stop Dallas' offense. The Green Bay defense was not exactly great coming into this game. They were down in numbers at the cornerback position and had one corner that teams took advantage of a lot, LaDarius Gunter. The rookie corner got taken advantage of a lot in the passing game in this one, as the Cowboys were finding him a lot. But one thing that not many talked about in this one is kept Ezekiel Elliot from killing them. Elliot still got over 100 yards in this game (125 yards on 22 carries), but the Packers were not bad against the run outside of a 22 yard run and maybe a couple 8-10 yard runs. That may not seem like much, but that along with the gameplan of the Cowboys of passing the football a little more helped Green Bay keep Elliot a little more in check than many expected. And if you know Dallas' offense, their running game is the key for all things to work. Once they were not getting those chunk plays running, it affected their offense and although they were able to put up a lot of points, the offense their offense was not exactly in rhythm like it usually is.

The Cowboys had a fantastic regular season, but it unfortunately ended once again with them losing to the Green Bay Packers. And once again, the Packers were able to defy the odds that many had for them winning and marched on to the NFC Championship game versus the Atlanta Falcons. The Packers will probably be underdogs once again in this one. But judging by this postseason so far, that is just where they want to be. 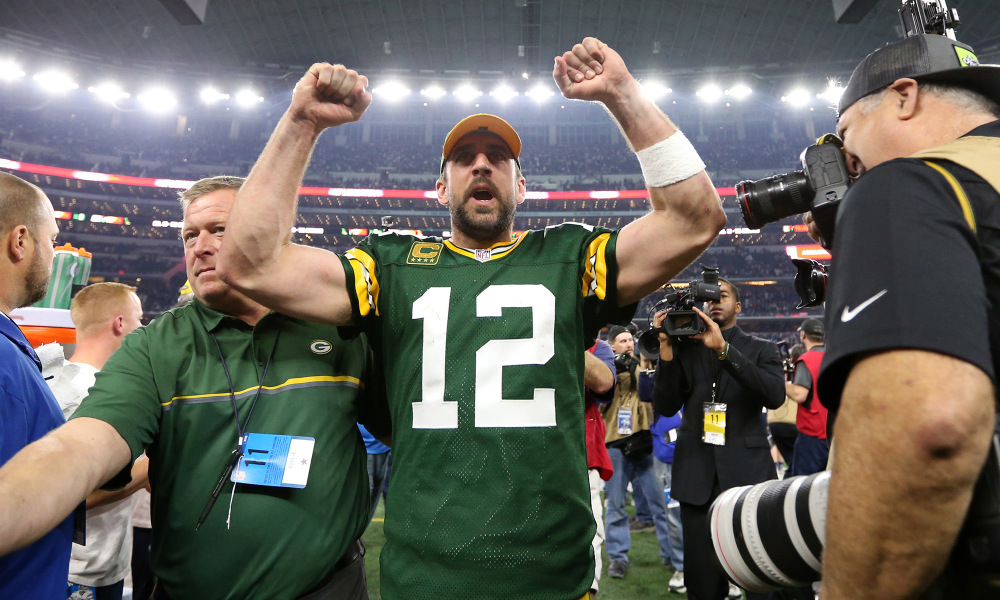