Odell Beckham Jr came on the scene like gangbusters his rookie season. Once he got healthy from his hamstring injury back in 2014, he began to light up opposing secondaries. And in that glimpse of him his rookie season, the world saw how special he could be. In his second year, he showed that even more. But in one game against Josh Norman of the Carolina Panthers of the time, it seems like he has began to spiral out of control. He is admittedly an emotional player when he is on the field, but some of the things that went on in that game were just downright crazy. And from then on, people have had the spotlight on Beckham Jr. for his sideline antics and his on-field tantrums. Recently, he had another moment when he got into a little scuffle with Minnesota Vikings defensive back Xavier Rhodes. He was upset at what was perceived a late hit and got into it with Rhodes along with bumping the referee. He talked after the game about the referees watching him and calling everything against him. And after that, he said today that the Panthers game last season ruined his reputation and that he isn't having fun anymore playing in the NFL. Beckham Jr. is unraveling before our eyes and it is sad to see quite honestly.

The unraveling of Beckham is something the Giants cannot afford. He is becoming the talk of their team with the things that he has done and none of them really come from the field of play or the plays he is making. And the leaders of that team need to nip this in the bud pronto. One of those leaders is veteran quarterback Eli Manning. He is the longest-tenured player on the team and he is also the leader of this offensive team. He spoke to the media in regards to Beckham Jr needing to control his emotions, but he essentially handled that situation wrong for a guy of his age and experience. What he and other leaders of this team need to do is pull Beckham Jr aside and tell him about how he is a huge piece to their team. But in that, they also need to tell him that he is not helping the team when he is having temper tantrums. And that while his emotion is great to witness, he needs to reign it in a little and focus that emotion into destroying defenders and making plays for the team instead of fighting kicking nets and arguing with referees about the calls they may or may not have missed. Beckham Jr, if he hears it from his own teammates, may accept it more than he did from his head coach (which shows what he really thinks about Ben McAdoo as his head coach quite honestly).

But along with hearing what his teammates have to say, Beckham Jr. has to take a long look in the mirror. He is the one that is in control of his emotions on the field and he is the one that reacts every single time when he is picked at by opposing players. And if I am a defensive coordinator, I have my best corner continue to pick at Beckham Jr. because he has shown that he cannot keep his cool on the court. So for him, he has to channel that energy on the field into helping his team. Along with doing that, he also has to realize that he has an issue. All the talk of him playing a certain way may be good for him but it is not helping in terms of wins and losses. The Giants have not been to the playoffs with Odell Beckham Jr. in two years and they are headed that same way despite being a team that should be competing for a playoff spot. He could take over a game and help them get there, but he has to quit trying to complain all day to the referees and getting lost in personal battles on the field. The team name is the Giants not the Beckhams. And once he realizes that and quits thinking everyone is against him, the better he will be.

Beckham Jr. is and will be one of the most talented receivers in the league for a while now. But his name is starting to be mentioned with another talented wide receiver that ended up getting attention more for his personal antics than his play: Terrell Owens. And eventually, Owens antics wore thin and he became a guy that played on multiple teams because of it. Beckham has not reached Owens level yet, but he has to reign it in or else he will become that guy that can help you and hurt you too and that is not a good thing. Look in the mirror and listen to your teammates Odell. And have some fun. Remember that it is still a game. 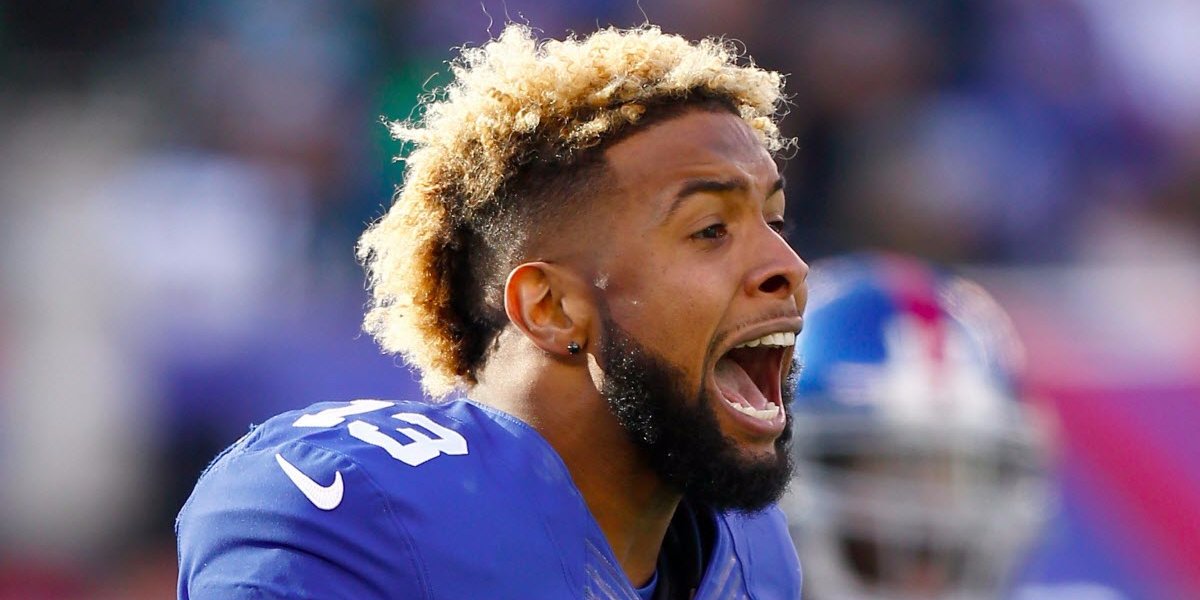