The Hilarious View Of Play In The NFL Preseason

The preseason is coming to a close and there have been some stars come of it. Dak Prescott of Dallas comes to mind as one of the main stars. The former Mississippi State star came to the Cowboys as a guy that some thought would play and others thought would eventually get there. But as the preseason has gone on, Prescott has shown many that he actually knows a thing or two about playing quarterback and has Dallas fans excited for what he could become. Of course, we will be getting a quicker view of that then we thought since Tony Romo will be out to start the season due to a broken bone in his back. But along with those that have played well and shone a bright light on themselves, there are also others that have played poorly in the preseason. And no, we are not talking about players that are trying to make a team but about players that are already supposed to have made the team. And in noticing the play of both, therein lies the issue that comes with preseason.

The glory that comes with the preseason is very interesting to watch talked about. When a guy is lighting up a third-string defense, he seems to get positive reinforcement. For example, Paxton Lynch has done well in his time on the field this preseason with the Broncos. He did so well that people were actually talking about him potentially being the starter for the Broncos. Well, anyone that was paying attention knew that he was not in that race at this present time because he was playing against the backup's backup. That race for that starting job was between Sanchez and Trevor Siemian and everyone essentially knew that except for some that wanted to throw Paxton in because he was their first-round pick this year. Paxton is just one example, but there are others out there including Dak Prescott. And what tends to happen is that many make too much of a preseason performance instead of actually looking into what the preseason really is, which is a glorified practice with game uniforms that fans pay regular season prices to watch.

But let's take a look at how performances are viewed from vets that look bad. One good example there is Carson Palmer. He has not exactly looked very sharp in the preseason. Carson has been throwing interceptions and he has not taken command of the offense like in the past. You would think that there would be some noise about that. But instead of there being any noise at all, there is a deafening silence. The prevailing thought is that it is just the preseason and that Carson will get it together when the season starts. Of course, it is very possible that he will get it together and play well during the regular season when games count. But there is no guarantee that he will get it together. And it could be entirely possible that this is an issue that gets worse when the season gets started. If this was a regular season game and Palmer played as bad as he did recently, there would be talk all on social media and radio about how bad he played. But because it is the preseason, it gets hushed away. Carson isn't the only player that has not looked sharp in the preseason, but the reactions, or non-reactions, have been interesting to observe.

The preseason is something that fans and media have to keep in prospective. If a guy has a good performance, keep it in prospective as to how it was done and who it was done against. At the same time, if a guy has a bad performance, there should be prospective on that one as well. While players do well in preseason games, there should be no crowning of players like some often do. And while you're crowning players in preseason, why are you not going off on some of these bad appearances by players as well. Seems to me like there are some that have some blinders on out there. Open your eyes folks and see the warped view that is happening during the preseason from some that watch the sport. 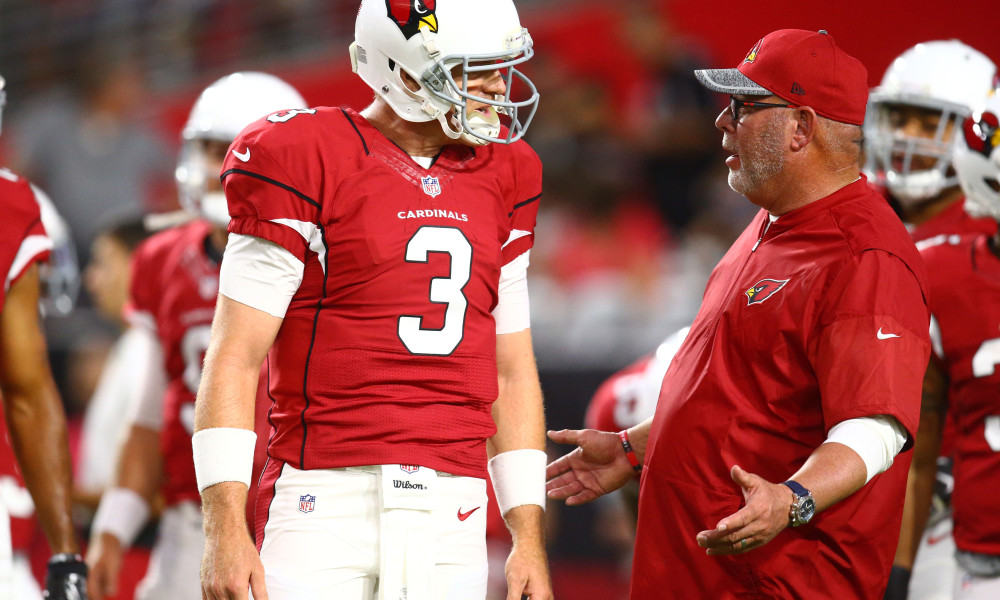