Who Is Coach Of The Year In The NFL?

The NFL regular season is now over and teams are looking forward to playoffs starting this upcoming weekend. Some teams that had some expectations to make the playoffs fell short and will be watching from home. And there are others that had little expectations that rose up and made some things happen. There are some teams that the credit will be given to the players for what happened. But we all know that coaching is something that does not receive enough credit. There is always one coach that is recognized as the NFL Coach of the Year and receives the award, but there is always more than one coach that could of won the award. And this year we not only have one or two viable candidates, but we have three. Jason Garrett of the Dallas Cowboys, Jack Del Rio of the Oakland Raiders and Adam Gase of the Miami Dolphins are all taking teams that were not in the playoffs last season and made them playoff teams this year. But which coach did the more impressive job of getting the most out of their team? Well, let's take a look at the jobs they have done this season.

Jason Garrett and the Cowboys had an injury-riddled 2015 season. Quarterback Tony Romo and wide receiver Dez Bryant were injured for majority of last season. And without their quarterback, top receiver and running back DeMarco Murray gone in free agency, the offense was just not the same. They had a rotation of quarterback and none of them got the results that Romo could produce. And with their offense not able to run the football like in 2015, the Dallas defense was on the field way too much and it cost them ballgames and the playoffs. Heading into this year, the Cowboys were excited to get Tony Romo back and Dez Bryant back as well. And with the drafting of running back Ezekiel Elliot, the Cowboys looked to be back in business again.  But all those hopes for this season took a serious blow with the loss of Tony Romo in preseason. He took a clean hit from Seattle's Cliff Avril and cringed on the turf clutching his back. And at that point, many thought the Cowboys season was going up in flames again. But little did we know that this injury along with backup Kellen Moore breaking his foot would clear the way for 2016 6th round pick Dak Prescott to take over. And the rookie battery of Prescott and Elliot along with their defense would help the Cowboys get to 13-3 and the number one seed in the NFC. All of this would not be possible without the guidance of Garrett. Being a former NFL quarterback himself, he made the moves to get Dak in there and he also helped guide him along with his offensive coordinator. And with that massive offensive line and the defense playing better this season, the Cowboys look like a Super Bowl contender. Some may not want to give Garrett credit for what happened this season, but he deserves a ton of it considering how they fell apart with injuries to Bryant and Romo in 2015 compared to how they thrived without them this season. And if he were to win the Coach of the Year award, he would have earned it.

But along with the season Garrett had, Jack Del Rio had a memorable one with the Raiders as well. The Raiders missed the playoffs last season. They were talented, but just not ready for primetime just yet, as they finished 7-9 last season. After how some of their young pieces like linebacker/defensive end Khalil Mack and quarterback Derek Carr performed in 2015, there was expectations that 2016 could be their year to make it into the playoffs. Usually with expectations, there are teams that meet them or teams that fall short of them. And with the Raiders and their history over the last few years, they have usually fell below the expectations when they were picked to make the playoffs. Well this year, they definitely met expectations and in some ways exceeded them. The Raiders went from winning seven games to twelve games this season and will be in the playoffs this year, taking on the Houston Texans in the AFC divisional round. Their young players played well and so did m0st of their pickups and veterans, but the difference was the attitude that Jack Del Rio instilled in this team. The Raiders attitude was set forth early this season. Del Rio, who is not known as a guy that takes chances, went for a two-point conversion in the first game of the season when many may not have. The conversion worked out for the Raiders and they won the game versus the New Orleans Saints. All season long, Del Rio has shown great trust in his offense and the team in general and the players definitely feel that. The infusion of belief that Del Rio showed in his team made them play even better than some thought they would and made them a team plenty feared up until the injury to Carr recently. For what he has done for this team this year, he definitely is a strong candidate for the NFL Coach of the Year award and he is certainly deserving of it.

Along with Garrett and Del Rio, Gase has done an excellent job with the Miami Dolphins. Before Gase got there, the Dolphins were not exactly a team many believed in. They would always have those wins that no one expected and would follow them up with a loss that left many scratching their heads and looking at them like the same underachieving Dolphins that leave their fans frustrated. And with the quarterback they had in Ryan Tannehill, there were not many that thought the Dolphins were going to be much this year. As the season started, they were playing like the old Dolphins. They were committing turnovers, not making plays and were generally being themselves. But something happened over the season. Gase got the running game going with Jay Ajayi (played him ahead of free agent acquisition Arian Foster even when Foster got healthy) and got some solid play from Ryan Tannehill and then Matt Moore when Tannehill was injured. And on defense, he benched Byron Maxwell to get his attention. And the veteran cornerback responded and actually played well. Gase made some tough decisions, but he was determined he was not going to fail this team and this franchise. And as a result of his tough stance on things and his tireless work, the team rewarded him with a playoff berth along with a four-win improvement. And even with the changes at quarterback, the Dolphins are a team that people have to think about and not take lightly. And for that, Gase has definitely earned the talk about being the Coach of the Year.

With all three, there can be a case made for them to get the award. All three guided their teams to the playoffs, improved the records of the teams they coached and all three seemed to galvanize their teams despite some things probably not going according to their script. But in the end, there will be one coach that can win the award. And if only one has to win the award, it more than likely will be Jason Garrett. Neither Del Rio or Gase had two rookies starting at key positions all year long and producing without a hiccup. And for that, he should win the award over Del Rio and Gase. 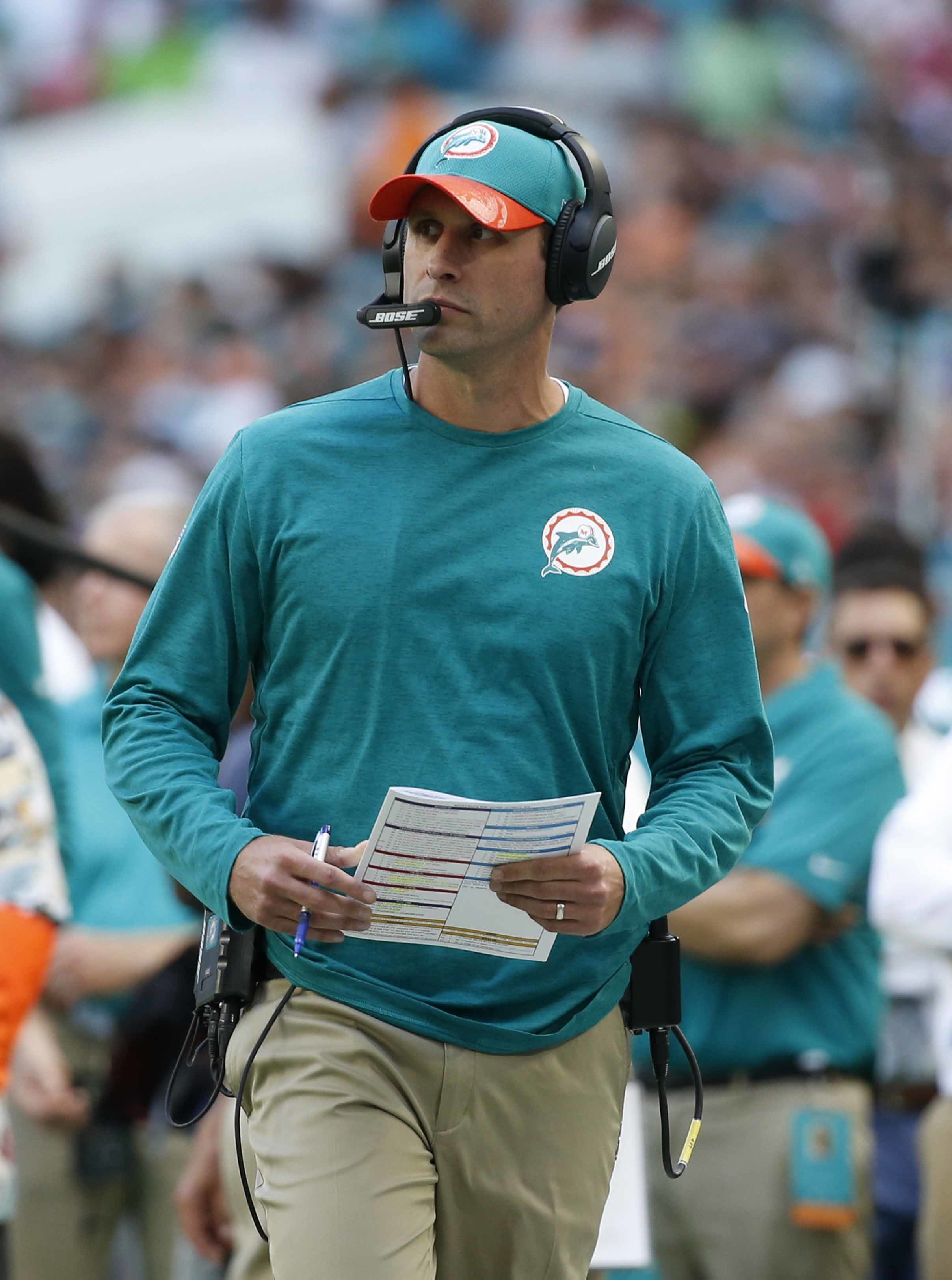 Who is your NFL Coach of the Year?