What Has Happened To The Minnesota Vikings?

When Teddy Bridgewater went down this offseason, many wondered what would happen when he went down and how they would survive. There was so much hope that Teddy would progress this season and the Vikings would be better and when he was hurt, that seemed to dampen spirits. But just when all hope was fleeting, the Vikings made a huge trade. They sent a 2017 first-round pick to the Philadelphia Eagles for the services of veteran quarterback Sam Bradford. The trade raised eyebrows for many when it went down. There were some that loved it and others that did not like the deal at all. But those questions all went away when Bradford and the Vikings went on a five-game win streak to start the season. They were clicking on offense and the defense was being the bully on the block, taking on all comers and dispatching of them. But in the last two games, the Vikings have come back down to Earth. In Bradford's return to Philly, the Vikings were handled by the Eagles. And in a game where some thought they would get back on the winning track, the Vikings fell flat on their faces and lost to the Chicago Bears 20-10. So what is going on with the Vikings?

The most obvious issue has been the offensive line of the Vikings. They have not been able to run the football all season long consistently. Some want to blame that on the injuries that happened along their front line (mainly starting offensive tackles Andre Smith and Matt Kalil). But even when they were completely healthy up front, the Vikings were still having issues running the football.  And because of their offensive line not holding up, the Vikings cannot do what they really want to do, which is run the football. When the Vikings were able to run the football, they were also able to run play-action passes off of it and keep defenses a little off-balance. But with the offensive line not getting any push up front, the Vikings have had to adjust and try to pass the football more and that has come with disastrous results the last two weeks. Sam Bradford has been under pressure constantly. And although he did not make a ton of mistakes like he did last week versus the Eagles, he was never able to settle in the pocket and make the Bears depleted secondary pay on a regular basis.

The struggles of the offensive line are not only affecting the Vikings offensively but defensively as well. Because the offensive line is struggling, the Vikings have not been able to sustain drives. And because of that, the Vikings defense has been on the field more than they have been all season the last two games. In the early parts, the defense makes plays and can stop the offense, give or take a couple big plays by their opponents. But as the three-and-out patterns continue going on, the defense eventually gets tired. And when that happens, that is when the Vikings are most susceptible to giving up additional yardage. This is exactly what happened with the Viking Monday night as they took on the Chicago Bears from Soldier Field. They were physical up front, give or take a few explosive plays. But in the second half, those shorter runs they had started to turn into five and six yard runs or more. And those passes that defenders were able to defend they were giving up after they had exhausted most of their energy.  The Vikings defense is very good, but there are not built to be on the field all game long. And because of the offensive struggles, they have been on the field all game long.

The Vikings are reeling the last two weeks and coach Zimmer needs to find some ways to make things work again. The bad thing for Zimmer is there may not be any solutions for the issues that they are having. But the good thing is there is enough time for the Vikings to try and figure it out. Their are nine games left for Minnesota and if they stay playing the way they are at this time, then they could continue fading back to the pack. It should be interesting to see if they get it together or continue to flounder like they have the past two weeks. 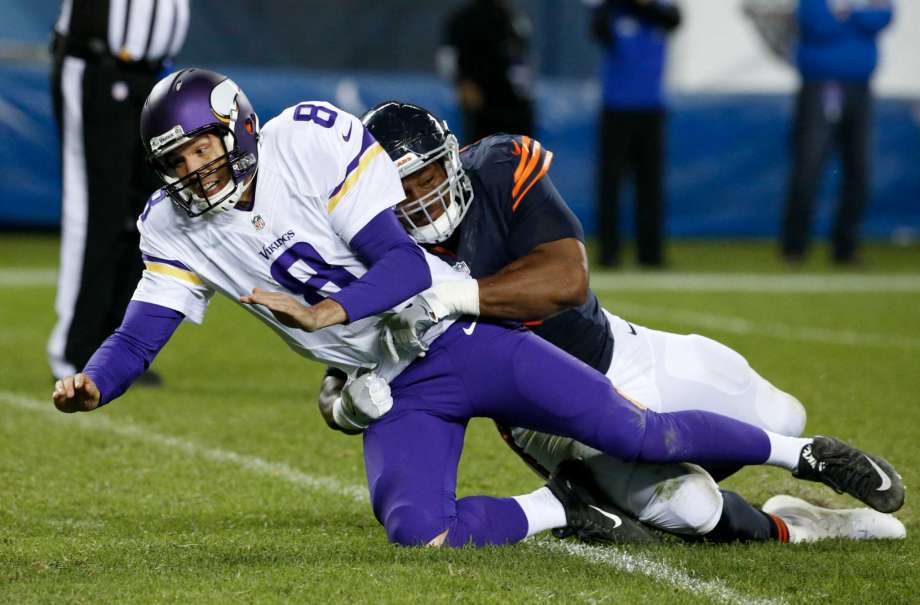