The Vikings will not be as good as expected

The Minnesota Vikings looked like they were finally ready to take the next step last season. They had a very good defense, good quarterback play and wide receivers in Stefon Diggs and Adam Thielen that were playmakers. Unfortunately for them though, they ran into the Philadelphia Eagles last season. The Eagles exposed quarterback Case Keenum and the Eagles marched on to the Super Bowl. Heading into this season, the optimism with the Vikings is even higher than ever. They felt like they went out and upgraded at quarterback, letting go of Keenum and signing quarterback Kirk Cousins to a fully-guaranteed three-year, $84 million deal. That addition with all they had coming back had many thinking this year was the time they would be heading to the Super Bowl. All sounds well, but let's take a look at a couple things that could harm them when it comes to making a Super Bowl run.

The first thing is obviously the running game. The Vikings had a solid running game last season. They were a Top 10 running team last season, amassing 1957 yards as a team. The even more amazing part of that number is rookie running back Dalvin Cook was not a big part of the success the Vikings had last season. With him added, you would think there would be more explosive runs from this team along with their average going up. Well against one of the worst run defenses from 2017, the Vikings were not able to bust any long runs nor were they able to rush for an average of over four yards per carry. That has to be somewhat concerning considering because last season they did not really have a homerun hitter at the running back position. That may not seem like a big thing, but there will be games where the passing game isn't working for them and the running game has to carry them. For example, they will have to play outside in the cold late in the season and we all know the passing game doesn't do as well in the cold as it does in the warmer weather. Hopefully for the Vikings, Cook gets himself back to being that explosive player he is.

The Vikings defense is very good and impressive. They have playmakers at all levels and can create chaos all game long. The things they bring to the game are special to watch, but what has not been as special is the takeaways. Despite all the great things they were able to do, Minnesota was not anywhere near the Top 10 in takeaways last season. That may not seem like a big thing, but let's take a look at the teams that won the Super Bowl. The Philadelphia Eagles were exciting offensively and were fun to watch play, but what helped them get there is their takeaways. The Eagles were the number four team in all of the NFL in taking the ball away, creating 31 turnovers. The Vikings started off well this season, creating four turnovers today in their win, but they have to keep this pace up. This element has been what's been missing from their defense and after one game, I am still not sure we can depend on them putting up these type of turnover numbers all season.

The Vikings will factor into the NFC this season yet again. Kirk Cousins adds to what they have, but they also have some issues he has not solved along with trying to figure out his own issues as a quarterback. Minnesota is a very good team, but the questions still linger and that has to make you wonder if they will be as good as everyone thinks they will be. 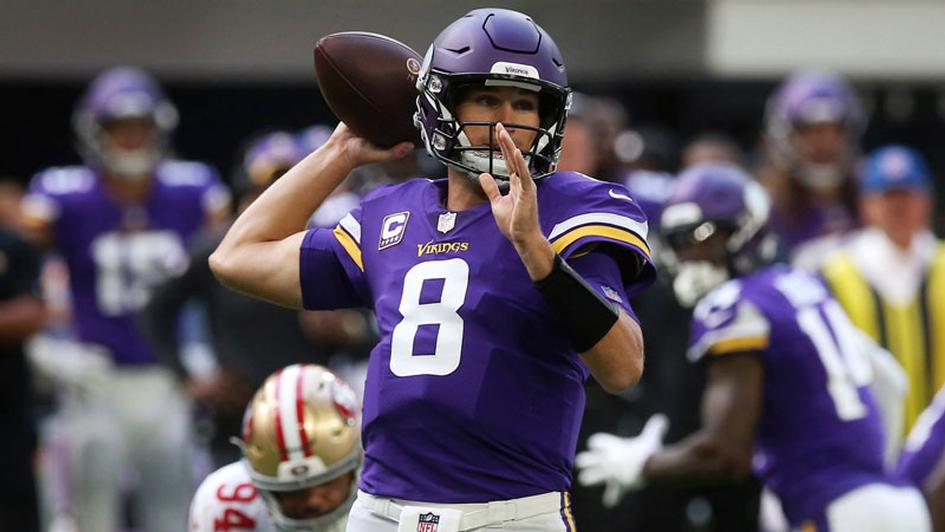