Can Minnesota Get Some Love?

The NFL season has been a rollercoaster ride filled with high highs and low lows for plenty of teams. Along with the highs and lows, there have been some teams that have surprised us all in good and bad ways. The Cardinals are one team that has surprised in a bad way and another one is the Chiefs considering how they started the season. In an upward trend, the Saints lost their first two games and then went on a great streak to send them to the top of the NFC. The Jags are another team that people did not expect to turn things around as fast as they did. Now they are poised to make the playoffs behind their stellar defense. All these teams have been getting their share of love with the national media. Heck, even the Rams are getting some notoriety because of how well they are doing. Lost in all of this is the Minnesota Vikings. The team that no one is talking about is sitting atop the NFC North and has the same exact record as the Philadelphia Eagles, 10-2, has not really been talked about. They lead the NFC North by a sizable margin and they also are playing some of the best football of any team right now. While that may be the case, why are they not receiving any acclaim like all of these other teams?

Well, one reason is the Vikings are not that sexy team that everyone looks at in the NFL. Looking at the team, there is not really one player actively there that everyone can say they tune in to watch. Now that is not to say that Minnesota does not have any good players at all. Wide receiver Adam Thielen is having a career year so far with 74 receptions, 1056 yards and three touchdowns in twelve games. Case Keenum is the unlikely starter in Minnesota and he has been playing stellar football at the quarterback position. On the defensive side, defensive back Xavier Rhodes and defensive lineman Everson Griffen are players that are impact players. These guys are known on a smaller scale but on the bigger NFL scale, no one really knows who these guys are or recognizes them at all. The sad part about it all is some of the guys that are leading this team are playing better than guys on teams across the league that people are giving props to. The Vikings are for real and they are talented, but they just aren't the team that has all the glitz and glamor to go along with what they do.

Along with the Vikings just going about their job, the team also does not get any national television love. The Rams, Eagles and Titans have all been on nationally-televised games this season. The Saints have got some national love as well. When it comes to the Minnesota Vikings, we saw them on national television early in the season, but we have not seen them since. Heck, they have not even had a game flexed to the national spotlight at all. So with that being said, the Vikings have largely been ignored by the casual fan of the sport. I bet if you asked them what the record was of the Vikings right now, some wouldn't know that the Vikings are tied for the best record in the NFL. Also, there are a ton of fans that have not seen them this year and may not even see them as a threat. That just goes to show you that the Vikings have not really been given their share of love for being a good NFL team and a team capable of winning the Super Bowl this year.

As far as we know, the Vikings may love it that they are not getting as much national attention as the other teams. The reality is though, that they are a good team and that they could be a Super Bowl team this season. The crazy part about that is they could be playing the Super Bowl in their own stadium if they make it there, becoming the first team in the modern era to do so. I know all Vikings fans will be losing their minds if that happens. We shall see what happens, but the Vikings deserve more love than what they are getting. 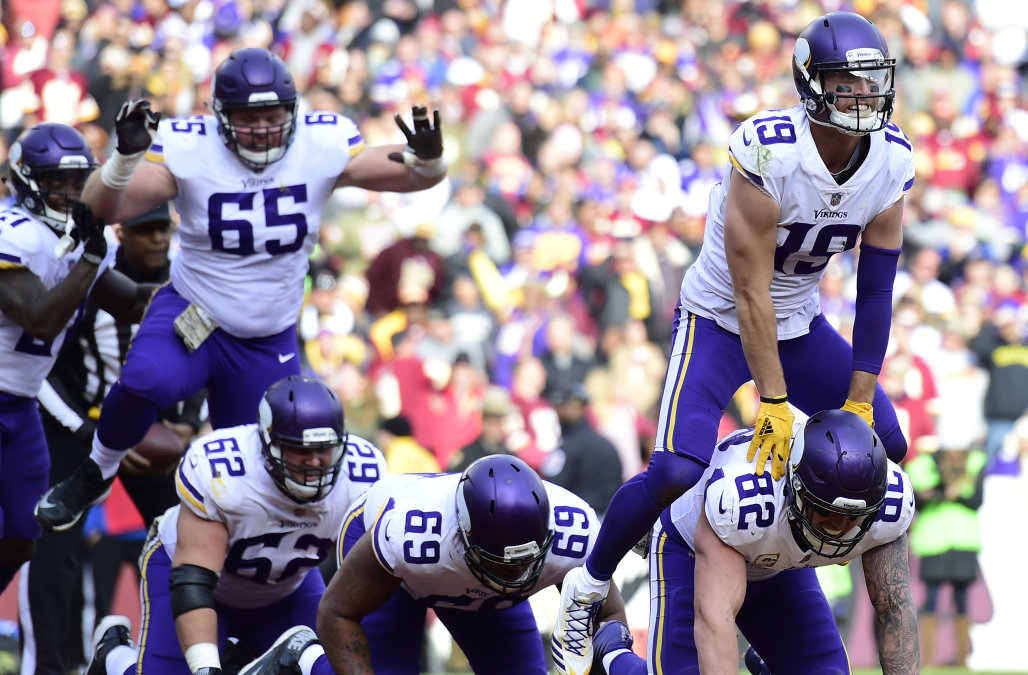