The Quietest Big Season In The NFL

The Tampa Bay Buccaneers made a coaching change this offseason. In a shocking move, they fired head coach Lovie Smith. And when they did that, there was some thought that they would go get a head coach as a potential upgrade in their eyes. But instead of going out to get that potential upgrade that everyone would recognize, the Bucs stayed inside their own building. The Bucs ended up promoting offensive coordinator Dirk Koetter to the head coaching position. And while some fans and some within the organization were applauding the move, there were many others that were scratching their heads in disbelief. Tampa Bay had gone from an experienced head coach to one that was going to be a head coach at the NFL level for the first time. And the first thing everyone wondered is how this would affect the offense. Well, apparently, Jameis Winston and Koetter have a good relationship and Winston was not fazed by the decision very much. But in moving over one seat, Koetter definitely made some changes. And one of the offensive philosophy changes he made is helping one player benefit even more.

Tampa Bay wide receiver Mike Evens took his nutrition a little more seriously this season. In his previous two seasons, he played between 230-240 pounds. But knowing what was coming next with Koetter, he decided to drop 15 pounds. And in doing so, he said that he wanted to be able to run faster, longer and that the weight loss would help him run more. Well, one thing that Koetter wanted to do coming into this season was throw the football a little more. Right now, Winston is on pace to throw the football more than he did last season. And as it stands right now, the Tampa Bay running game has not been as productive as Koetter wanted, so they have probably thrown the football a little bit more than even he wanted to. But with them throwing the football more and with veteran wide receiver Vincent Jackson going down with injury, Mike Evans has had more targets this year. And with six games left, he is on pace to shatter his previous high of 74 receptions in one season that he set last season. And not only is he going to top that achievement, but he also is 84 yards away from his third consecutive 1,000 yard season. As he currently ranks, Evans is third in the NFL in receiving yards with 916 and his has eight touchdowns on the season already, good for second among wide receivers in the NFL. The third-year wide receiver is getting it done, but unfortunately, he is not getting the attention he deserves.

One of the main reasons Evans' numbers largely get ignored is because of the lack of success for his team. Players like Antonio Brown of the Steelers, AJ Green of the Bengals and Julio Jones of the Falcons get a lot more notoriety for the numbers they put up not only because they have been in the NFL longer but because they have also played with winning organizations. All three teams have been in the playoffs plenty of times and everyone knows their teams and who they are. The records for Tampa have been bad since Evans has been there. In fact, this is the first year the Bucs have a chance at a positive record this late in the season in a long time. And as it sits right now, Tampa is in second place in the NFC South with Atlanta leading them in the division by one game. No one predicted that coming, especially with the questionable coaching change. But the Bucs have found a way to fight themselves into rotation.

Mike Evans is going to be around the NFL for a while. He possesses the three S's that many wish they had: size, speed and smarts. And those things will help carry him in the NFL. And hopefully he can be recognized for what he is doing to help right the ship down there in Tampa. The numbers he has put up have been excellent and he and Jameis Winston could be a good pairing. But in order for more people to recognize him, they have to win. And so goes the life of a receiver being totally ignored by many despite having a great season. 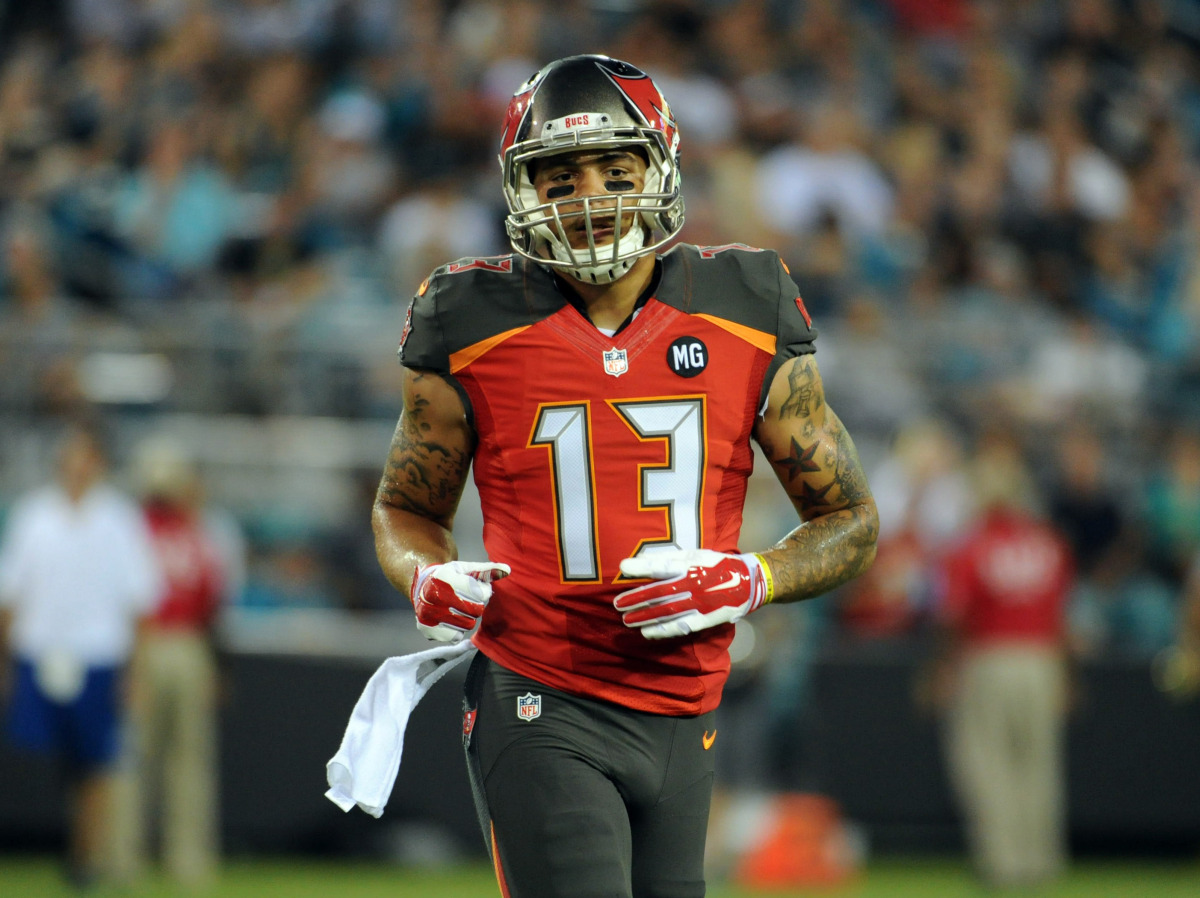