The Cincinnati Bengals were expected to be solid this season and compete for a playoff spot in the AFC. They had a solid defense returning and had many different weapons on the field to compete in the AFC and more specifically, the AFC North. Well, things did not go quite as well for the Bengals this season. Although they spoiled the playoffs for the Ravens in the last game, this season was largely a disappointment for the Bengals. With that happening, the onus squarely went on the head coach of the team, Marvin Lewis. Would he come back, would he be fired or would he be allowed to retire from coaching with the Bengals? Lewis supposedly gave us an answer as the season winded down as he said that he was going to step down as coach and work somewhere else within the organization. That news, apparently, seemed to be untrue, as recent news has been put out there that Lewis has agreed to a two-year extension to coach the Bengals some more.

With that news being dropped, plenty people are scratching their heads. How could a team that did not reach expectations bring back a coach that did not take them to where they were supposed to go? One reason he is coming back is because the Bengals are actually a team you have to think about when it comes to the playoffs now. Before Lewis got there, the Bengals were never thought about to make the playoffs. Heck, they may have been lucky to win five games in a season. But since he has been there, the Bengals have been in the running for the playoffs for majority of his time and have made the playoffs seven times. That is way better than the Bengals have ever been and maybe the organization is scared as to what they would become if he is to leave them. He has developed players and drafted players that have grown up through the organization and that is something the organization must love. Unfortunately, the success when it comes to winning when it counts has not been there.

With Lewis back officially signing back for two more years, what can we expect from the Bengals going forward? Well, one thing that we can expect from the Bengals is the continued development of players. If you look around the NFL, the Bengals are among the best at developing talent within their organization. Unlike other organizations though, they keep it around a little longer with extensions to their drafted players. He has added players that have been able to develop and grow without the pressure of being cut that is usually around each and every organization. For some players, that has worked out and for others, it has not worked out so well, but they all knew they were going to get a shot to learn the NFL game and not have their learning process cut short. The development of players is something to look for, but also there has to be the reality of the postseason losses year after year. Marvin has shown year after year that he cannot get it done in the postseason and he has also shown that the team as a whole does not respond well to pressure. Also, he has shown that he sometimes loses control of his players and looks hapless when they lose it. Unfortunately, we may be seeing more of that under his lengthy reign in the Queen City.

The Bengals head forward as an organization that many look at perplexed. Sure, Lewis has made that organization better, but what has he accomplished winning-wise in the postseason? There are some coaches that can take teams where they want to go and there are others that are good at getting teams to a certain point. For Marvin, he seems like a coach that can get a team to a certain point but cannot push them any further. He may be likeable to his team, but he has not been good enough to get them where they should want to go. At this point, Bengals fans should expect the Bengals to compete for the playoffs but also to fail them again and again when it counts. The Bengals organization seems to value that more than taking it to the next level and for Bengals fans out there, that has to be troublesome. The team may say they want to win but are they really showing it by keeping Lewis around? No one is sold and there are some still wondering if he found information that the Brown family was in on what happened with Jimmy Hoffa and is holding them hostage while he wants to coach. Only time will tell, but Marvin has a hold on the Bengals organization and he is not letting go. 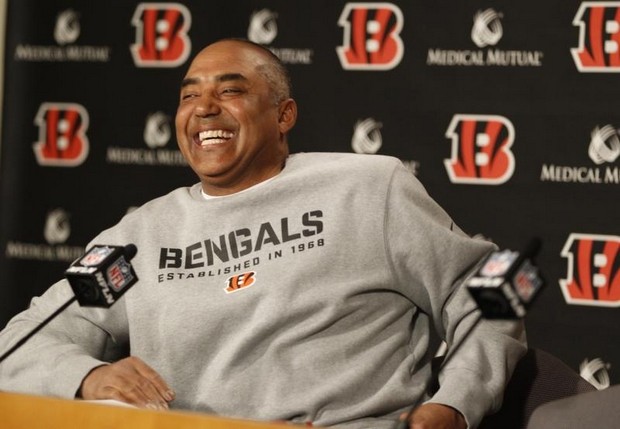