What Happens To Mark Sanchez Now?

Last season, the Broncos had a quarterback issue between Peyton Manning and Brock Osweiler. The veteran quarterback eventually got his starting spot back after Osweiler faltered in the first half of the last game of the regular season last year. And when he got that starting spot back, he led the Broncos to the win and was the quarterback that helped them win the Super Bowl. Going into the offseason, it was thought that Denver would have their heir apparent in Osweiler should Peyton ride off into the sunset. Well, Peyton retired but the replacement they wanted did not stay with them. Osweiler instead opted to sign with the Houston Texans to be their starting quarterback, which left the Broncos scrambling for a quarterback. And with that, the Broncos got a little desperate. That desperation landed them former Eagles quarterback Mark Sanchez via trade and many thought it was a forgone conclusion that he would be the starter at quarterback for the Broncos. Well, there are no things that are guaranteed and Sanchez starting at quarterback is one of them. The Broncos have named 2015 7th round pick Trevor Siemian the starter going into Week 1 and he will be the guy that leads this team. After that decision, where does this leave Sanchez going forward?

Well, we know that Sanchez is not in the future plans for the Broncos. They drafted Memphis quarterback Paxton Lynch with their first-round selection in the 2016 NFL Draft and Siemian is the starter right now. That leaves Sanchez as potentially the third quarterback at some point this season. But even if he is that third option in Denver, he will be valuable for his experience in the NFL. He may have faltered during his career, but he still has knowledge he can pass to Siemian and Lynch. Neither has taken an NFL snap and good or bad, Sanchez has taken plenty. The thought of him mentoring these two young quarterbacks could be scary to some, but it could be beneficial to them because of all the things that he has been through. But even though he could be a mentor for them, there is also the downside of him still being there. If he falls to being the third quarterback for Denver, then they would be paying him $4.5 million to be a backup's backup there. That is not the type of money that anyone pays a third quarterback at all. And that type of salary could end up having him getting waived, provided that they cannot trade him.

The Broncos will surely be listening to any and all offers for Sanchez. Despite what many think about him, he is serviceable in spurts when he plays. But of course, he always does something that will make you scratch your head. Even with that, there is somewhere that he will be needed. And one of those places is Dallas. Looking at the Cowboys, they could be without Tony Romo for a long time this season. And if they are, that leaves them with Dak Prescott and not much else behind him. The Cowboys are already making inquiries to get him reportedly, but nothing has been done at all. If Dallas agrees to trade for him, they may have to give up more than they want to .If he gets waived, that truly puts Dallas in a great position to get Sanchez and bring him in behind Dak. But of course, they are not the only team that could use him. The Detroit Lions are a team that is very heavily dependent on Matthew Stafford at quarterback. And behind him, the only answer they have is Dan Orlovsky. Now folks may be down on Mark Sanchez, but he never did this in an NFL football game:

Needless to say, we have found a play that could potentially be as bad as the Butt Fumble. And as bad as Sanchez has been in his career at times, he is still a better option than Orlovsky. The Lions would feel more secure with Sanchez than Orlovsky and they know it.

Overall, it seems like the time Sanchez has in Denver is fleeting fast. And with that being said, Denver has to make a decision. Will they attempt to trade him to someone else or will they keep him in Denver? That is all left to play out and probably will very soon. But as of right now, Sanchez looks like the odd man out in the quarterback battle in Denver. 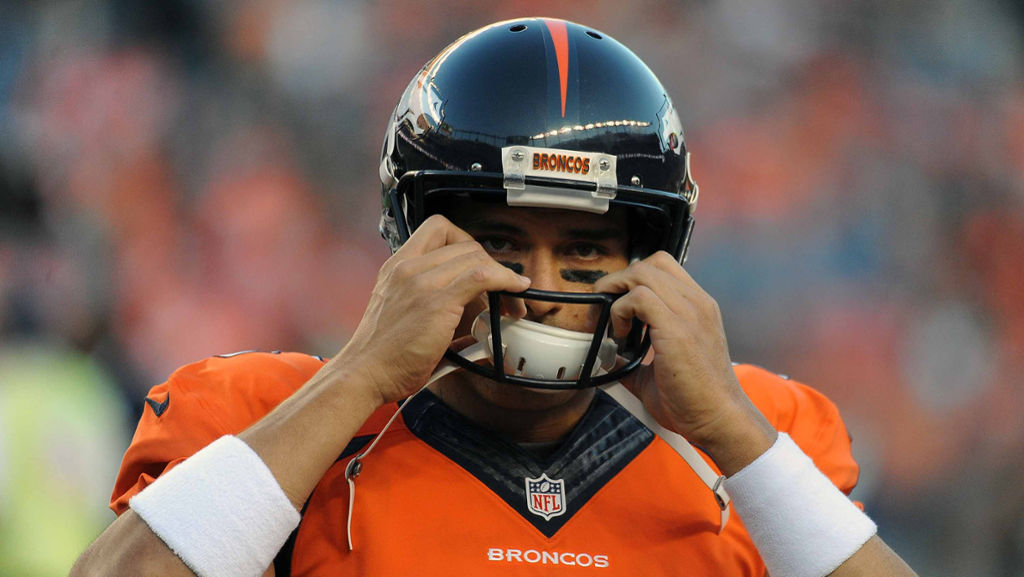