Marcus Peters gets shipped to the Rams

The Marcus Peters rumors started up a week or so ago. Plenty could not believe it when they were hearing it. Could the Chiefs really trade their best corner this offseason? The answer was yes because on Friday, the Chiefs moved the cover corner to the Los Angeles Rams for reportedly a combination of draft picks. The deal will not be official until the new NFL league year starts on March 14th, but it is all but done at this point. So now Peters is back in his home state playing for a team that just had it's first playoff berth in what seems like forever. With this addition, the Rams just got that much tougher.

The one thing Peters has always been is a playmaker. In three seasons, he has had 19 interceptions and scored two touchdowns.  Adding that type of playmaker at the cornerback position does a few things for the Rams. They now have someone that can lock down the opponents best receiver. No offense to Trumaine Johnson, but he could not make plays on the ball like Peters could. Peters can take an errant pass back the other way for a touchdown while Johnson was more of an expert of knocking the ball away from opposing wide receivers. Peters is also solid at baiting quarterbacks into throws he knows he can pick off. With his presence and Wade Phillips' resume as a defensive coordinator, the pairing of these two is a scary combination.

Along with his prowess on the field, he is definitely going to enter the season like he has something to prove. Apparently, his attitude was an issue in Kansas City and with Peters starting to enter extension territory, the thoughts of getting rid of Peters becomes a reality. As it stands right now, Peters is still on a rookie deal that pays him $1.8 million next season and the Rams have a team-option for next season as well. Looking at that contract, it should be assumed that Peters will be looking for a contract extension next season. Expect Peters to be aware of that and for him to have his best season statistically since his rookie season (had a career-high eight interceptions that season). Also expect him to be on some of his best behavior. Peters may have had some attitude issues with Kansas City, but let's be honest: some of this has to do with them not being sure they want to extend his contract in the 2019 offseason. They knew who he was and what he was when they were dealing with him all these years and it could be foolish for people to think they just got sick of his attitude now.

Peters now enters the NFC West, where teams are not used to him. It should be interesting to see how Phillips deploys his new playmaker in his system. Peters ought to be very excited to join a team with a young nucleus that is going to do nothing but get better and better. If he comes in and does anything near what he did in Kansas City during his time there, then the Rams will be even better defensively. Again, no offense to Trumaine Johnson, but the Rams upgraded at the corner position by replacing Johnson with Peters from a skills standpoint. 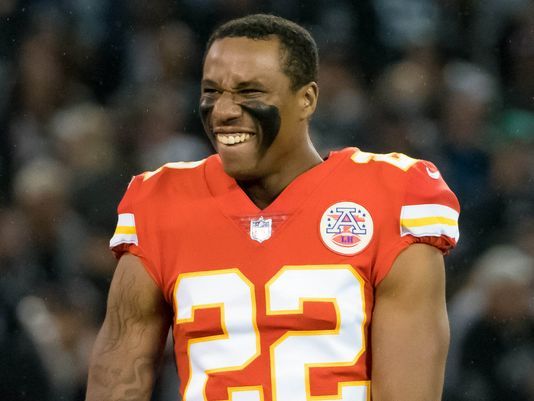