Eli Manning’s Having a Forgetable 2016 Season

The New York Giants had issues defensively last season. So to sure that up, they re-signed Jason Pierre-Paul along with signing cornerback Janoris Jenkins, defensive tackle Damon Harrison and defensive end Olivier Vernon. With these defensive reinforcements, the Giants were supposed to sure up that side of the ball. And while that side of the ball was supposed to be better, the offensive side of the ball was supposed to be flourishing this season. They had a blossoming star in wide receiver Odell Beckham Jr., the running game was solid and quarterback Eli Manning had two of his best seasons when current head coach Ben McAdoo was the offensive coordinator. But the expected better defense and the extension of last season's offense has not happened. After starting the season 2-0, the Giants have lost two straight and the team is not looking as solid as some expected. The defense is still as inconsistent as they were last year. And as for the offense, well, there are leaving a lot to be desired. While all are talking about Beckham Jr., and his antics, there are more than just that going on with this offense. And one of those fingers has to be pointed at the veteran signal-caller of this team, Eli Manning.

Coming into this season, it was expected that Manning would be even more comfortable in the system that he has been in the last two seasons. With McAdoo as his head coach now, some thought that there may be even more freedoms allowed to him. Well, as things have gone so far, Eli is off to a rough start. After starting the season with three touchdowns and one interception, Eli has thrown a total of two touchdown passes and three interceptions during the Giants three-game losing streak. And along with the interceptions, Eli has had some misses that have plenty scratching their heads. For example, there was one pass that he missed that could have brought the Giants back into the game last Sunday night versus the Packers. Tight end Will Tye was wide open after running a seam pattern. He was behind the safeties and all that was in front of him was green grass. All Eli had to do was put the ball on his hands and he scores and the Giants make some noise. But instead, Eli overthrows Tye and the pass falls incomplete. The Giants did come back in the game and make it a little interesting at the end, but that one miss could have got them in the game sooner. That was not the only miss he had in the game, but it was one of the biggest ones.

Going forward, the Giants are going to need more from their quarterback. The inexcusable play from him the last few weeks has to be cleaned up. It is understood that his offensive line is not that great and he has to cover up for that at times. But he covered up for them last year and the year before that without any problems at all. He has to read the defense and get the ball out and he probably knows that. But doing that and executing are two different things. Along with getting the ball out, he has to have better touch on the football. The open receivers are out there but he cannot continue to miss them time and time again. If that continues to happen, then there will be even more problems for them. And finally, the last thing Eli has to do is stop getting fixated with Odell Beckham Jr. When he does this, he fails to get his other talented receivers like rookie Sterling Shepard and veteran Victor Cruz involved. And that allows defenses to guard less and less of the field. When he spreads the football around, that is when the team gets it going and becomes very dangerous.

The focus is mostly on Odell Beckham Jr. because of his actions, but Eli is the guy that really needs to step it up. We know the running game is not what it was and we also know the line is not exactly the greatest. But Eli has overcome those things and can do so again this year. It all depends on his mechanics and mindset going forward. Can Eli do it? Well, we shall indeed see. His first chance to help the Giants reverse course will be Sunday versus the Baltimore Ravens. 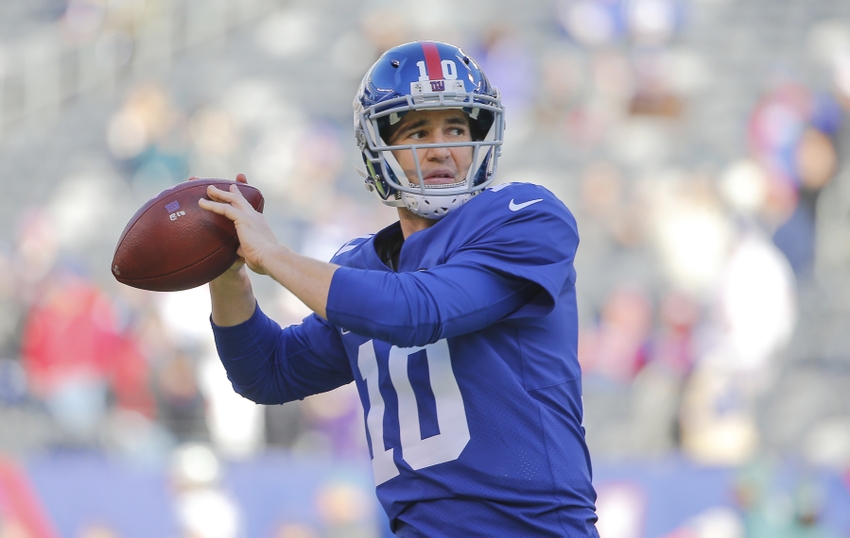