The Tampa Bay Buccaneers were seen as an improving team when Lovie took over back in 2014. Before Lovie, the Bucs were going through not only a bad time on the field, but off it as well. For those that don't remember, current Ohio State defensive coordinator Greg Schiano was the coach of the team before Lovie and had the whole mess with the MRSA issue along with the fact that his players did not like the way he treated them at all. Lovie was a breath of fresh air and although they finished with a record worse than Schiano's 2013 record of 4-12 (the Bucs were 2-14 in 2014) the next season, Lovie was still on a solid path to build something. In 2015, the Bucs had a four-win improvement and looked to have their franchise quarterback in rookie quarterback Jameis Winston. With things looking up for Lovie, the rug got pulled out from under him. The Bucs surprisingly fired Lovie and in shockingly promoted offensive coordinator Dirk Koetter to head coach. The move was one that was said to help Jameis Winston and the offense. Well, fast forward to now and the Bucs are headed towards another last-place finish in the NFC South, as they sit currently at 4-9, which has them last in their division. Kind of funny how things don't pan out the way an organization thinks it could.

When Koetter took over, the Bucs were to become this offensive-minded football team that could eventually take over the NFC South and perhaps the NFC as a whole. The thought was that Winston would continue to develop and the defense would grow under former Falcons head coach and current Bucs defensive coordinator Mike Smith. In the first season, it seemed the Bucs were going to be on their way. They improved another three games from 2014 and ended the season 9-7. Although they missed the playoffs, the Bucs were considered a team on the rise and with the addition of wide receiver DeSean Jackson, the Bucs were poised to make a run. Well, that run has not happened and the offense is a big reason as to why. Last season, the Bucs averaged 101 yards per game on the ground, which was not exactly great (they ranked 24th in the NFL last season). The Bucs have taken that production from last season and gotten worse this year, averaging only 88 yards rushing per game heading into Sunday's game, which dropped them to 28th in the NFL. With that porous rushing game, it's no wonder the offense is scoring less and more pressure is on Winston to produce. The results of more pressure on Winston has Jameis trying to be more perfect in the passing game and when you start aiming the football, we all know what happens. Jameis' completion percentage was better this year, but his touchdowns and yardage thrown are destined to be his worst in his career and it doesn't help that he has thrown some bad interceptions as well.

The offense definitely has issues and we know that Koetter is an offensive coach, but the defense definitely has to shoulder some of the blame as well. Under Mike Smith, the Tampa Bay Bucs have one of the worst defenses in the NFL. They are 31st against the pass and 22nd against the run, giving up 4.3 yards per rush. While the Bucs wanted to address the offense and get that side of the ball to lead them, it seems like under Koetter they have neglected defense as far as it goes this season. While Koetter may have expertise in offense, a head coach is responsible for the entire team and this type of production from that defense is unacceptable, especially for a team that was supposed to be vying for a playoff spot this season. While many stayed on the case of Lovie Smith while he was there, it seems that his defense would have done better, as they were at least ranked in the middle of the pack at the end of his second season. If you cannot get stops, then you cannot get wins when it comes to the NFL. The Bucs have not gotten them all year, hence their current record.

The move to Koetter was supposed to take the Bucs to a new level, but instead has taken them to a new low. The defense cannot stop anyone, Winston has gotten banged up as a result of a bad offensive line and no running game, and the Bucs look to be showing no improvement. Under Lovie, at least there was some upward climb in how they were doing and they were showing improvement. This just goes to show you that Lovie should have never been removed as coach and that Dirk was not the man for the job. I bet Tampa Bay would love to revisit that questionable move they made at the end of the 2015 season. 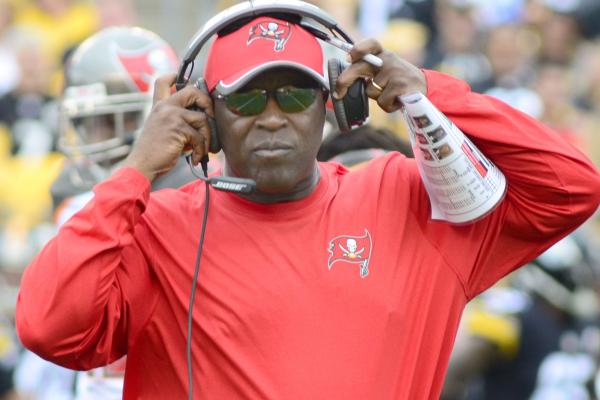