The Chargers Are Lost In The Wilderness

The Chargers have been fighting with the city of San Diego for years on a new stadium. The team had been playing in one of the worst stadiums in the NFL and the city seemed to be in no hurry to fix it up. But last year, the reality that the Chargers could leave took shape. The team was given until January 2017 to work a deal out with the city or be able to relocate. Well, January rolled around and the city and the team could not reach an agreement. So with that being said, the Chargers made a business move. The team has decided to leave San Diego. And with that, an era that began in 1961 ends in disappointing fashion. But where one era ends, another era begins. The Chargers announced that they were not only relocating, but they were moving back to where it all began in Los Angeles in 1960. The city of San Diego is not happy about the move and even have movers refusing to help the team move to Los Angeles. Whether they continue to refuse or not, the team will still be there and still be playing football there also. But do the Chargers exactly know what they are getting themselves into?

In leaving the city of San Diego, the Chargers now leave for a city they have not had any history in for 56 years. And with a rookie coach in former Buffalo offensive coordinator Anthony Lynn, then there is not much of a draw other than other teams and their veteran quarterback, Phillip Rivers. This thought that this team will have fans that want to show up and see them play in Los Angeles is not exactly well thought out. People may come to watch them play, but they will not be watching for the success of the team but cheering for the opponent. One smart thing the Chargers did in this one is they are at least playing in a smaller arena until the new Los Angeles stadium is ready. The StubHub Center, which is actually in Carson, California, is a stadium that is only designed to hold 27,000 people. With the Chargers coming, they are going to expand the stadium to hold at least 30,000 people. Now the Chargers may actually be able to sell that out even though there probably will not be many that are cheering for them there. For two years, the Chargers will call this place home until the new stadium is built.

But even when the new stadium is built, the Chargers will not be at home. For those that are not aware, they will become a tenant of the Los Angeles Rams in their new stadium. So the Chargers will end up being like the Clippers are with the Staples Center in Los Angeles. But what is even worse for the Chargers is they will have no fan base there at all. At least the Rams have a more recent history than the Chargers do and have some fans still there. What the Chargers are probably hoping for is the building of a fan base there in Carson, California. But in order to have a fan base, they have to win. For their sake, they better win and win fast in Carson before their move. Because if the Chargers are not able to win in Carson, then they will really look like the Clippers back in the 1990's and have an empty stadium when they host games. If that were to happen to the Chargers, they would end up losing money out of the whole partnership they have with the Rams. And at that point, the possibility of moving again could come back into play.

Overall, the Chargers maybe could have thought this one out a little bit more. The idea of the staying in California may be nice, but going to Los Angeles may not be the best idea for them overall considering the setup they are going into. There are too many things to do outside of watching a live football game for any team in Los Angeles honestly. I undersnd Lynn wanted a head coaching position, but this one is one that will definitely be a challenge. 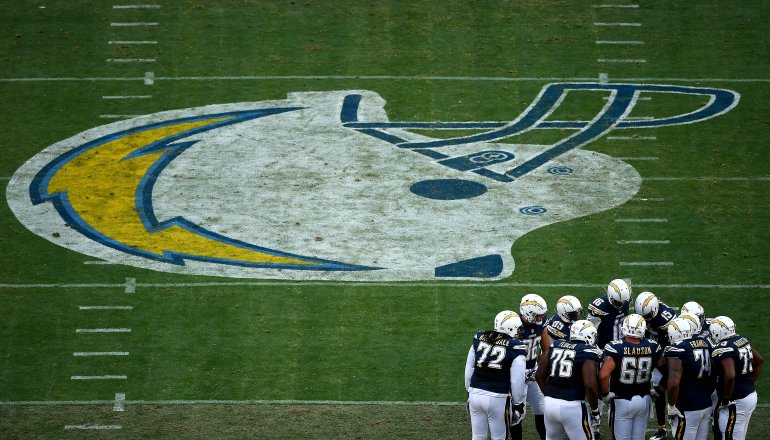