Le’Veon Bell Lays Down The Challenge

Le'Veon Bell is one of the most talented running backs in the NFL. His style of running, which consists of patience, quickness, acceleration and strength is of the most unique styles of running in the NFL. Despite his squabbles with the Steelers organization and his temporary holdout, the star running back still ran for over 1,200 yards and had 11 total touchdowns. The start of the issue between Bell and the Steelers was his contract, or lack thereof. Bell wanted a long-term pact with the organization and a lucrative one at that. Instead of the Steelers giving Bell that lucrative, long-term deal, they ended up giving him a franchise tag because both sides were not able to come to an agreement on the figures for the deal. Ever since that deal happened, it seemed like Bell had fell in line and immersed himself in the game until the issue arose this offseason. Well, that silence got broken at a rather odd time as Bell has said this week that if he has the franchise tag placed on him again, he will sit out the entire 2018 seasons or perhaps retire. And now the battle lines have been drawn.

Bell is intent on getting paid and he does not care when or where he says what he is feeling. The fact is that he has been one of the top backs in the NFL for a long time and the team has yet to open up that pocket book to pay him. They paid Antonio Brown and others, but they seem to not want to give Bell that long-term security. It's almost like they were highly hesitant to do so. Well, some of that hesitance may have to do with the usage rate of running backs in the NFL these days. If you look around the NFL, teams are going more and more to paying wide receivers and tight ends and less to wanting to pay running backs. The result is running backs getting replaced instead of getting paid. Pittsburgh isn't any different in that thought as they have paid Big Ben and also Antonio Brown over the years, but Le'Veon Bell cannot get paid like a top running back in the NFL on a multiyear deal.

The problem with the negotiations between players and organizations is the players have no power. While Bell is saying that he will sit out the season or retire, that claim is one that probably is being used to try and get the upper hand on Pittsburgh. Does he really have any intentions of retiring should he get the franchise tag? No one knows. If I had to guess though, Bell will not be retiring. Just for hypothetical reasons, let's say he does though. The main question will be does he have enough money saved up to sustain him and does he have another stream of money coming in somewhere (or did he save his money in plans to sit out the 2018 season). All those questions could get answers if he does not get that long-term deal. The fact about all of this is it is a failed attempt to get control of the contract situation when he never will have much control, if any, at all. What also has to be thought about is that he brought this out at an inopportune time and could create a little bit of a distraction for his team.

The Bell versus Pittsburgh Steelers organization battle was thought to die down until the offseason. Instead, it seems to have been festering with Bell all season until it just recently came back out again. Now the ball is in the Steelers court. Hopefully for Bell he finally gets paid what the market dictates, but now the Steelers can play a little bit of a waiting game because they know where Bell stands and need to make an informed decision on their side. It will be interesting to watch how this one works out. 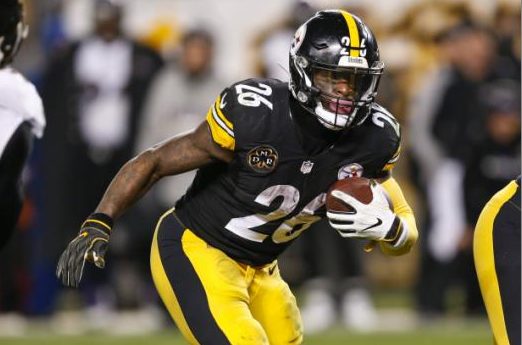