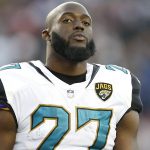 The Jacksonville Jaguars were all set for this season to be their year. They made it to the AFC Championship game unexpectedly and almost were able to beat the Patriots on the road. The model of gritty defense and a physical running game was to be their them to continue in this season. Well, things started out good for the Jags and then things went south on their way to a 5-11 record. The season they were expected to have never happened, as they were one of the more disappointing teams in the NFL. While there are plenty areas to point to about this team, one person who was not the same as he was last season was Leonard Fournette. The second-year running back out of LSU was incredible in his first season, rushing for over 1,000 yards and nine touchdowns. This season it seemed like he could not stay healthy, missing games due to mainly a hamstring issue that nagged him all season. Along with the health issues, there was apparently some attitude issues with Fournette. The Bills game where he was thrown out for fighting and the recent incident in the last game of the season where he wasn't playing seemed to have given the Jags a bad taste in their mouth. And as a result of that bad taste, the team has voided all the guarantees in his contract. With that happening, it would seem the Jaguars are trying to prepare themselves to unload the talented running back soon. And if that is the case, then where could he land?

One specific Fournette could end up potentially is the Kansas City Chiefs. As it stands 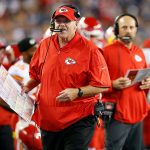 right now, the Jaguars only owe Fournette $7 million over the length of the rest of his rookie contract which does not include his fifth-year option. With that being said, the Chiefs would be the perfect fit because he is a talented running back when focused and dialed in. With the Chiefs releasing Kareem Hunt and signing running back Damien Williams to a two-year extension, the pressure would not be on Fournette to immediately be in the starting lineup. As time goes on, he could work himself into the fold there as he learns the offense and he would eventually become the guy there by the end of the year or in his second season there. One thing some may not like about his fit there is the receiving ability of Fournette, but he definitely has great ability there if given the opportunity. His hands could be better, but he can actually move nicely when running routes. 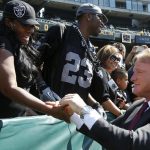 Along with Kansas City being a fit, there is yet another place that could use a young back like Fournette and that place is the Oakland Raiders. Right now at running back, there is no one they can rely on to be the man there. Lynch is getting older and is not the future at running back for them and the other players they have there are not ready to take on that type of role. Inserting Fournette does a few things for the Raiders. Over his time as a head coach, Gruden has always had a running game he could depend on. In Oakland, he did not have that this season and it showed in the offense he tried to construct. Fournette could remedy that immediately. Along with allowing the Raiders to have a running game, Fournette's abilities would take some pressure off Derek Carr. It seemed like the weight of the world was on his shoulders this past season and he looked like a defeated man at times. At least with Fournette he could at least get some more time back there and people would actually respect the play-action passing game.

No one knows for sure, but it seems like the end is near for Fournette in Jacksonville. And if the Jags are to let him go, it surely won't be the end of his career, as he will have many suitors ready and willing to take on his talents.