The rumblings have been there all offseason. It seemed like the relationship between safety Landon Collins and the New York Giants was destined to end. This week, the official word finally came down, as the Giants said they will not be using their franchise tag on Collins, instead allowing him to be a free agent. As one of the best safeties in the NFL, Collins has been a three-time Pro Bowler in his four seasons in New York. And with Collins only being 25, his best days as a safety in the NFL could be ahead of him. Plenty of teams could use his services and there will more than likely be plenty of teams taking a look at him. As far as a fit though, there are two teams that fit him very well. 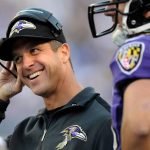 The Baltimore Ravens made a push to the playoffs while saving John Harbaugh's job and introducing the world to the Ravens offense under quarterback Lamar Jackson. With the Ravens more than likely wanting to build more around him, they could be looking for more offense. With the cut of veteran safety Eric Weddle though, the Ravens could be looking for safety help. Collins could be a good fit with the Ravens because of his ball skills and his ability to make plays. Speaking with 105.7 The Fan Ravens reporter and writer for SB Nation's Baltimore Beatdown Kyle Andrews, he can see the fit there but has another interesting option for the Ravens at the safety position: "Landon Collins is a young Pro Bowl safety, but it is believed that Baltimore wants to spend less and get more versatility out of the free safety position It looks more like Tyrann Mathieu would be a better fit because he can play the slot and play safety" We shall see what happens and if Mr. Andrews is correct, but there is no doubt Collins could be a young playmaker for them at safety. It could, in all actuality, end up being a salary issue.

While Baltimore could be a fit, there is another place that could also want the services of 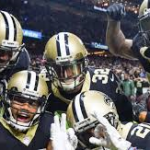 Collins. For those that are not familiar, Collins is originally from New Orleans, Louisiana and his hometown team is looking for a safety right now. The Saints released veteran safety Kurt Coleman after a disappointing 2018 campaign, which leaves them with Vonn Bell and Marcus Williams at safety. With Bell having skills to play in the slot and be their slot corner at times, the addition of Collins would solidify their safety position and give them a general in their defensive backfield. Now the one issue, just like in Baltimore, will be how they fit in his salary. The unfortunate part about him going home is the Saints probably could not pay him the amount of money he would command and he would have to take a paycut to land there. The fit would be good because they need more defense, but the Saints would have to be creative to make it happen and there is only so much creativity that can happen with the salary cap.

There would need to be some maneuvering for both these teams to get the services of Collins, but the addition would make both of them better. For the Ravens, they would get a younger play-making safety and for the Saints they would get a leader in their defensive backfield. He could and in either of these two spots or there could be a wildcard. We shall indeed see what happens.