The Seattle Seahawks had a season that is atypical of their last few seasons. After continually being in contention for the playoffs and a team mentioned as a Super Bowl contender, the Seahawks were anything but that this season. The offense could not find a consistent running game, injuries crept into their secondary and things just seemed all out of whack. The result was the Seahawks missing the playoffs for the first time in a while. Who would have known that missing the playoffs would not the last of the changes that would happen around the end of the season? The Seahawks would fire their offensive coordinator, Darrell Bevell. Along with his firing, the Seahawks would also tell defensive coordinator Kris Richard that he would not be around next year. The moves were, quite frankly, shocking to see happen. While those were shocking to see, there were two others that was even more mind-blowing. With Richard and Bevell on their way out, the Seahawks brought in Brian Schottenheimer as the offensive coordinator. That move is one that can be viewed as indifferent at this point, but the move at defensive coordinator was one that has to have some scratching their heads. Ken Norton Jr., who had just accepted a defensive assistant position with the San Francisco 49ers, left that job to become the new defensive coordinator for the Seahawks. The move definitely shocked the NFL world as Norton has rebounded from his last time as defensive coordinator in Oakland. Norton Jr. is returning to a place of familiarity, but is this a good thing?

Norton was a first-time defensive coordinator when he went to the Oakland Raiders. it was thought that he would be a coach that would bring excellent linebacker play and bring a style that was similar to what Seattle had. Instead of bring that, he brought a defense to Oakland that had Raiders fans cussing at the screen and scratching their heads. Norton tried to mimic the Seahawks by bring in two big corners in David Amerson and Sean Smith. Amerson started out well and then fizzled in his second season in Oakland and as for Smith, he just never got it together as an Oakland Raiders. Those key acquisitions along with the subpar play of safety Reggie Nelson helped the make the Raiders one of the worst pass defenses in the NFL. Add in that Oakland often looked lost at times defensively this season and you have to wonder what Seattle looked at to make this coordinator change. Norton has not shown that he can competently run a defense and he has also shown that he cannot duplicate what Seattle had going on somewhere else.

So with his return to Seattle, that means he is once again with someone he is familiar with in Seattle head coach Pete Carroll. The veteran head coach has shown some wizardry defensively and with his former assistant, that could happen once again. While the symmetry is there, the question mark is what kind of team they will be coaching next season, especially defensively. Some decisions have to be made there as their secondary is getting older and more importantly, getting injured. Richard Sherman tore his Achilles' tendon this season, Kam Chancellor has neck issues that kept him out at the end of the season (rumor has it that it could be career-threatening) and Earl Thomas had some minor injuries that he dealt with all season. The combination of that and the cap number of Thomas, Chancellor and Sherman along with guys like Michael Bennett and Bobby Wagner mean some decisions need to be made there. More than likely, the younger of the four players mentioned will definitely be there in Seattle with the others having the real possibility of changing uniforms. With all that movement there, the Legion of Boom could be no more when Norton Jr. takes over to run the defense. That could possibly mean Norton is going to be coaching a team looking for a new identity, which is exactly what Oakland was looking for when they hired Norton as their offensive coordinator. If put in that same situation, we could possibly see the same Ken Norton Jr. we saw as defensive coordinator in Oakland and that is not a good thing for Seattle.

An interesting offseason in Seattle just got even more interesting with the changing of coordinators. Schottenheimer has some questions about him and how he will run the offense, but with as many questions as there are about him, Norton Jr. has a litany of them about him taking over in Seattle. It will be interesting to see what other corresponding changes happen and how Norton Jr. is able to handle his second chance at a coordinator position. 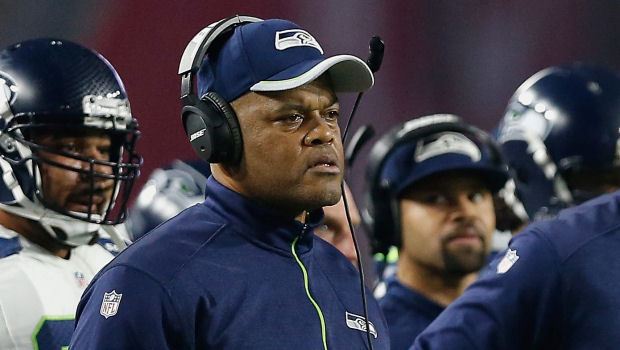