Keenan Lewis made a decision a few years ago that would change his career. He was a free agent with the Pittsburgh Steelers that grew up in the New Orleans area. He was being looked at by some teams, but the one that caught his eye was his hometown Saints. He had grown up there and from all accounts, he was very interested in coming back home. And for him, it was like a dream come true when he signed a five-year, $26.3 million contract to come back to New Orleans. And not only did he sign there, but he became their best cornerback. He played through a knee injury and other things and he took pride in helping them defensively. But my how things have changed over the last three years. Lewis played well for New Orleans but now he is a free agent. And the dream of playing for his hometown team is now over. Unfortunately for him, the dream he had turned into a nightmare at the end.

Lewis took to Instagram to inform Saints and football fans of what was coming. He was going to be released by the Saints after three years of playing for them and it was not for an injury per him. Apparently, it all came down to a defensive coaching change. Rob Ryan was the defensive coordinator when he first arrived in New Orleans. And under his tutelage, Lewis was a very solid corner. But unfortunately, the rest of the defense was not that good. And after two-plus seasons, the Saints decided to fire Ryan. The Saints did not have to go far for the replacement for Ryan. They had actually brought in former Raiders head coach Dennis Allen to help him out as a defensive assistant. And they promoted the former head coach to defensive coordinator when the fired Ryan. Who would know that would be the kiss of death for Lewis in New Orleans?

Lewis and Allen had some history before Allen landed in New Orleans. Lewis said he remembered when he was working out for the NFL and that Allen told him he would never make it. Well, Lewis reminded him of what he said back in the day and told him that he was here now. Of course, Allen did not like that he told him that. And from then on, there was some sort of friction between both of them. And because he did not like him along with the injuries that Lewis was fighting back from, the Saints decided to let him go. And with that, the Saints made a very Saints-like move. At the cornerback position, he was their best cornerback. With Lewis gone, second-year player Delvin Breaux is now having to step into that star corner role. He has the physical tools to be that star corner for them, but with limited experience in the NFL, can that harm him? We shall indeed see, but this is a gamble that the Saints did not really have to take. Other than him, there is not a corner on the team that you can really say they can depend on as a starter. Lewis would have fit right in being the starter opposite Breaux. And Lewis was just activated from the PUP list and said he only needed a couple more weeks to make sure he was ready for a full season (recovering from offseason surgery).

This decision has preference written all over it. Allen did not like Lewis and it ended up ending his homecoming prematurely. Sometimes coming home is a good thing, but it can have endings like Lewis had as well. And when these type of things happen, that is why NFL players have to get as much as they can as fast as they can. The slightest thing can make a player expendable. What is worse about this move is that Allen just weakened the team because of how he felt about a player. The indication is that all Lewis' teammates loved him there in New Orleans and he never caused any problems. What Allen may want to realize is that he let his personal feelings get in the way of what he wants to accomplish with this team. He may not love Lewis, but he needed him. And now their defense will not be as strong as it could have been. 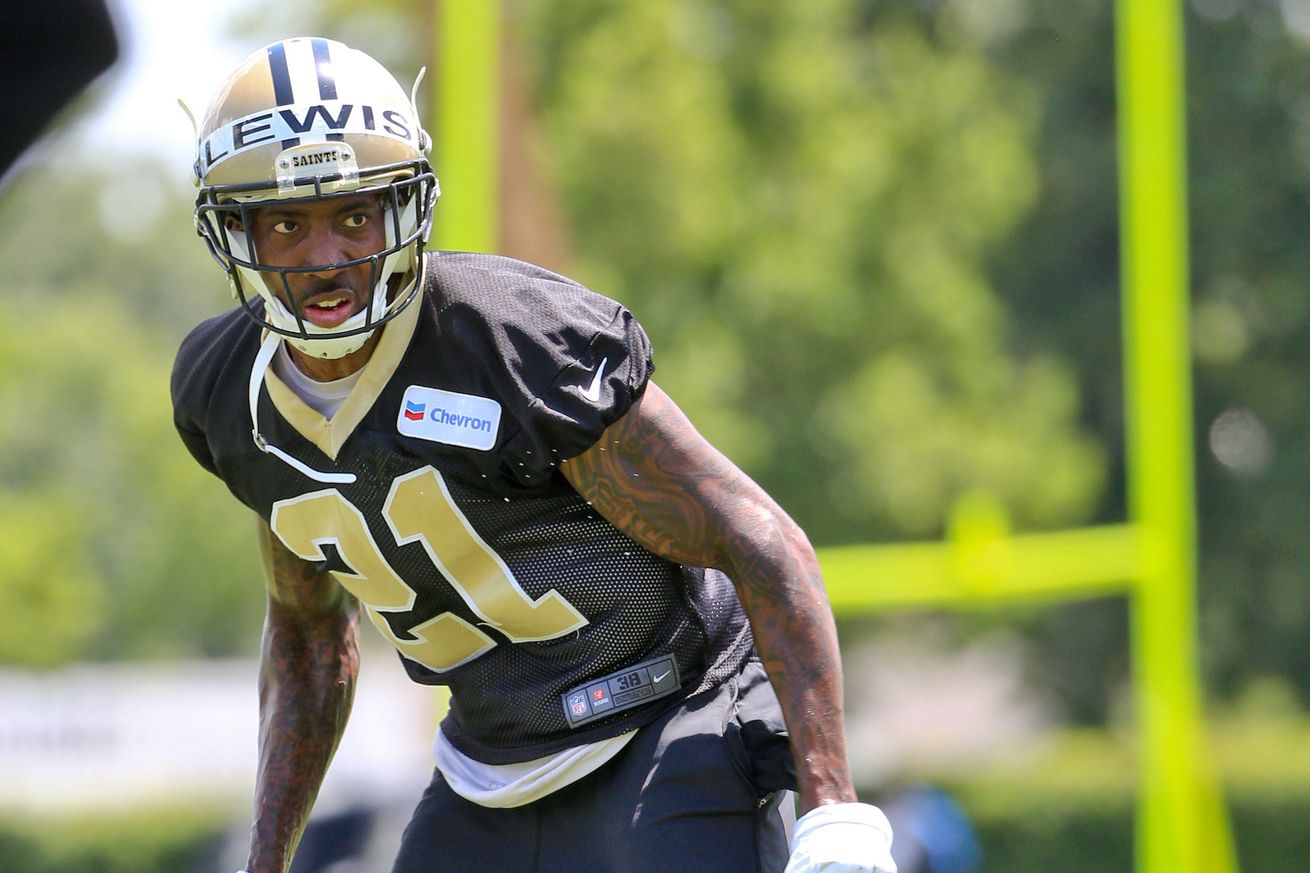