The Jaguars Could Use Colin Kaepernick

The Jacksonville Jaguars have had plenty seasons where people thought this was their year. In fact, last season many thought they would finally put all the pieces together to some extent. Well, that season ended up being like all the others where they were losing and not giving their fans what they wanted to see. With the stench of another losing season brewing in Jacksonville, owner Shahid Khan decided  to make some changes. Khan fired head coach Gus Bradley in Week 15, naming offensive line coach Doug Marrone the interim head coach. And while the organization looked around for a new head coach, they ended up keeping Marrone as the new head coach. Along with Marrone staying, the Jaguars went back in their past and brought back Tom Coughlin in the role of vice president of football operations. With those two in place, you knew there was going to be a bunch of discipline there. With these changes, Khan is hoping that he has found the right combination to get the Jaguars back to the playoffs. The good thing about this team is they have young talent on both sides of the ball and they brought in some pieces that they needed during free agency. All that information about youth and vet savvy sounds very good for the Jags going into an unpredictable 2017 AFC South season. The bad thing is the Jags still have issues at quarterback.

When the Jags drafted Blake Bortles with the third overall pick in 2014, they thought they solved their quarterback issues. After all, they couldn't get it wrong twice in a row right? Well, after the miss on Blaine Gabbert, the Jags seemingly have missed yet again. Bortles had what many perceived as a very solid year in 2015 with 35 touchdown passes and 18 interceptions. At this point, people began to think he was turning a corner with his play, but unfortunately, people were wrong. Bortles followed up that season with one that was not horrible but it was obvious that he was not progressing like the Jaguars thought he would. He was making bad decisions again and again and the Jags and their fans had to be frustrated with it. This addition of Coughlin this season meant there was pressure on Bortles to perform and so far, there has been no proof that he can perform and has gotten better. Things even got as bad as him getting booed by the crowd in his own stadium and him having his starting spot essentially offered up to Chad Henne, who himself had issues holding on to a starting spot when he was in Miami. Essentially what can be concluded  from all this is that Jacksonville does not have a starter they have confidence in and by the look of Bortles and his body language, he does not have very much confidence in himself right now either.

So what is next for Jacksonville? They could potentially go with rookie Brandon Allen out of the University of Arkansas at quarterback but if he has not really garnered any buzz at this point, does anyone really believe he is the answer? Well, since they are having issues at quarterback and don't really have any answers on that team that could win the division potentially, why not go out in the free agent market and grab someone that is available? Yes, the Jags should go out and sign Colin Kaepernick. Of course plenty will talk about his record over the last two seasons or that he may be divisive (which is absurd to say), but let's take a look at what he did last season. Colin only played 12 games last year due to starting the season as a backup, but when he played, he played well. He had 16 touchdown  to only 4 interceptions, which is very good. He also had two touchdowns running the football. Bortles, for his part, did have more touchdown passes last season with the Jaguars, throwing 23 of them while playing a full season. While that number of touchdown passes is good, the number of interceptions he threw wasn't. Bortles threw 16 interceptions in 2016, which is four times the amount that Kaepernick threw. The thing that was even more amazing about Kaepernick's number is that he put up those type of numbers with a receiving corps that many considered one of the worst in the NFL in 2016.

Kaepernick has all the tools to step right in and be the quarterback for the Jaguars right now and he definitely values the football more than Bortles does. That cannot even be debated at this point in time. Along with valuing the football, Kaepernick has also done something in his NFL career that Bortles has not done: win. When Kaepernick had pieces around him in San Francisco, the team was winning. Along with the team winning, Kaepernick was making winning plays with the pieces that he had. Bortles has not won in Jacksonville at all. Of course, many can place that on the talent that he has had up front. The offensive line in Jacksonville has not been the best to be honest. At times, Bortles has been running for his life back there while trying to find someone. While Bortles apologists want to throw the blame on his offensive line for his struggles, you may want to realize that last year, Colin Kaepernick was running for his life as well. His offensive line was one of the worst graded offensive lines in the NFL and yet he still made plays and he also held on to the football. Looking at Jacksonville's offensive line, they got better this offseason even if it was not the huge leap that some would expect. So with Colin behind a line that could actually protect him better than the one he had last season along with better weapons around him, the Jaguars would actually be more competitive and have a better shot to win the division.

It is blatantly obvious at this point that Bortles is not the answer in Jacksonville and that is time to move on. The only answer left is do the Jags want to move forward now or later when the draft comes around. Sam Darnold or Josh Rosen would be nice, but they will both need time and that is time that Coughlin and some people on the Jags roster may not want to wait. The better option is to go get someone now and the best option available is Colin Kaepernick without question. Even if they were to decide and trade for a quarterback, they still would not get the return of a quarterback that values the football and has played in big games throughout his career. Coughlin may or may not want to make that call to Kaepernick for reasons other than football, but if he values winning and wants to give his team the best chance to win, then he should. 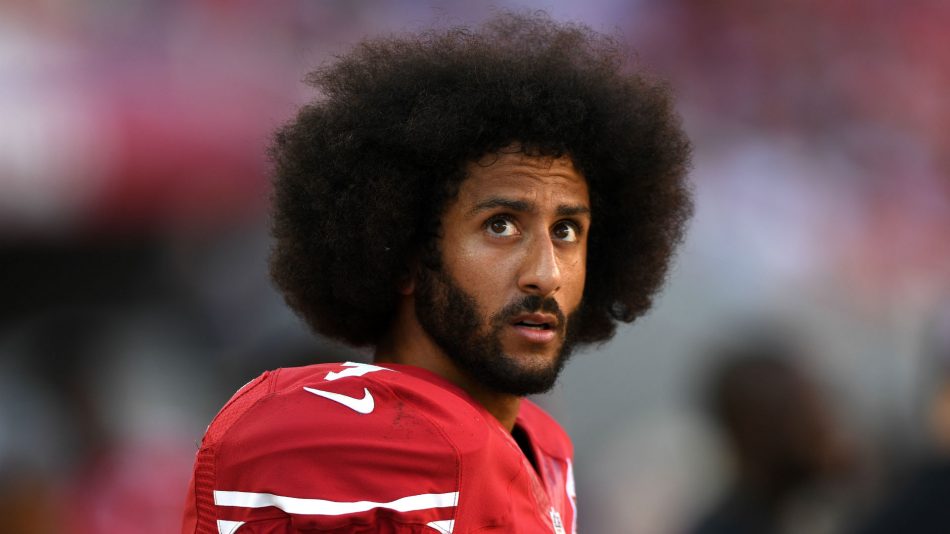