What is cognitive dissonance? Plenty have no idea what the definition of it is. Even though plenty don't know the definition, there are plenty that use is daily. Some may wonder how so and some may be still wondering what cognitive dissonance is still. Well, let me give you an example of cognitive dissonance. Let's say someone likes to party to the point of being out of control. The behavior is destructive to everyone around them including themselves, but that isn't what they see when it comes to the partying, or should I say that is not what they want to see. Instead of seeing the destructive behavior and how out of control they are, the person in question begins to create reasons to justify their out of control partying or destructive behavior. Things like "partying hard takes away all the stress of the week" and "it really isn't that bad" are phrases that could be uttered in that instance. So with that definition, maybe some of you reading are starting to recognize what cognitive dissonance is and more importantly, are recognizing how you use it in your life daily, especially when it comes to sports. Since we got that definition out of the way, let's dive into how it has seemingly take over some sports fans in a couple of aspects.

The most prominent example of cognitive dissonance is going on right in front of our eyes. Colin Kaepernick has been talked about daily for about a year now ever since he sat then kneeled for the National Anthem last year in the preseason. Ever since that moment, there have been many that have hated that man like he did something to their families. Kaepernick is still without a job and to be honest, it is very evident that he is being blackballed, especially when you have quarterbacks like Thaddeus Lewis getting jobs. But let those that oppose what Kaepernick believes in tell it, he isn't getting a job because he is not that good. I know plenty have seen the stats out there about his last two seasons and the record he had. But what those stats don't mention is the fact that he was playing with a team that had been deconstructed and had very limited weapons. Also what those stats fail to mention is Kaepernick had 18 total touchdowns and only four interceptions in twelve games last season along with a 90.7 quarterback rating, which is better numbers than Ryan Fitzpatrick had as a starter for the Jets last season (12 touchdowns and 17 interceptions last season). Oh and if you want to mention the 49ers were losing last season, then you cannot ignore that the Jets quarterbacked by Fitzpatrick were 5-11, which isn't too much better than San Francisco's 2-14 season in 2016.

But other than that type of tactic to talk about why Kaepernick isn't in the NFL, then there is the talk of money. Kaepernick declined an option from the San Francisco 49ers to become a free agent. Also, there is talk out there that he is asking too much to even be a backup in the NFL at this point. When he declined his option and with him not getting signed by numerous teams, plenty felt that he was to blame for his own free agency and that he could not have been being blackballed by the NFL because he chose to be a free agent and he is asking too much money to be a backup. But just like anything that surrounds him and why he is not in the NFL to some people, that is not exactly the truth. The truth is that he was informed that he was going to be cut from the 49ers by the new regime of John Lynch and Kyle Shanahan. From there, he only had the option of waiting to be cut or going ahead into free agency. He did not walk away from money that was actually going to be there. The truth was that the money was not going to be there period. Secondly, the stories of him turning down offers to play because of money appear to be fabricated. He never even got as far as to get an offer from any team, so how can he turn down money he was not offered? If he turned down money from teams that did not offer him a contract, then that has to be one of the best magic tricks that I have ever seen.

The cognitive dissonance that has been used in regards to Colin Kaepernick has been easy to spot except to the people that have been using it as their logic. Those that continue to use this type of logic will continue to do so. But what happens when cognitive dissonance does not shine in their favor? I bet that feeling will not be so good. So those that use this type of thinking may want to actually do the research, step outside of themselves and get an original thought instead of following the crowd because they may support your feelings on a person. Don't let your feelings for someone actually cloud your judgement because if you end up being wrong, you could end up looking real foolish. 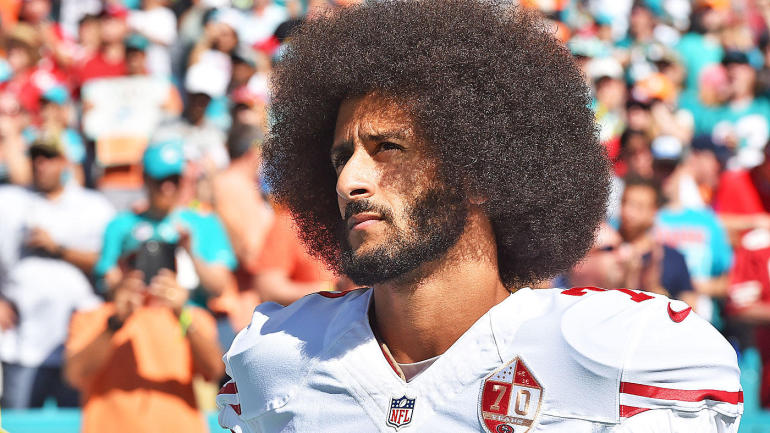